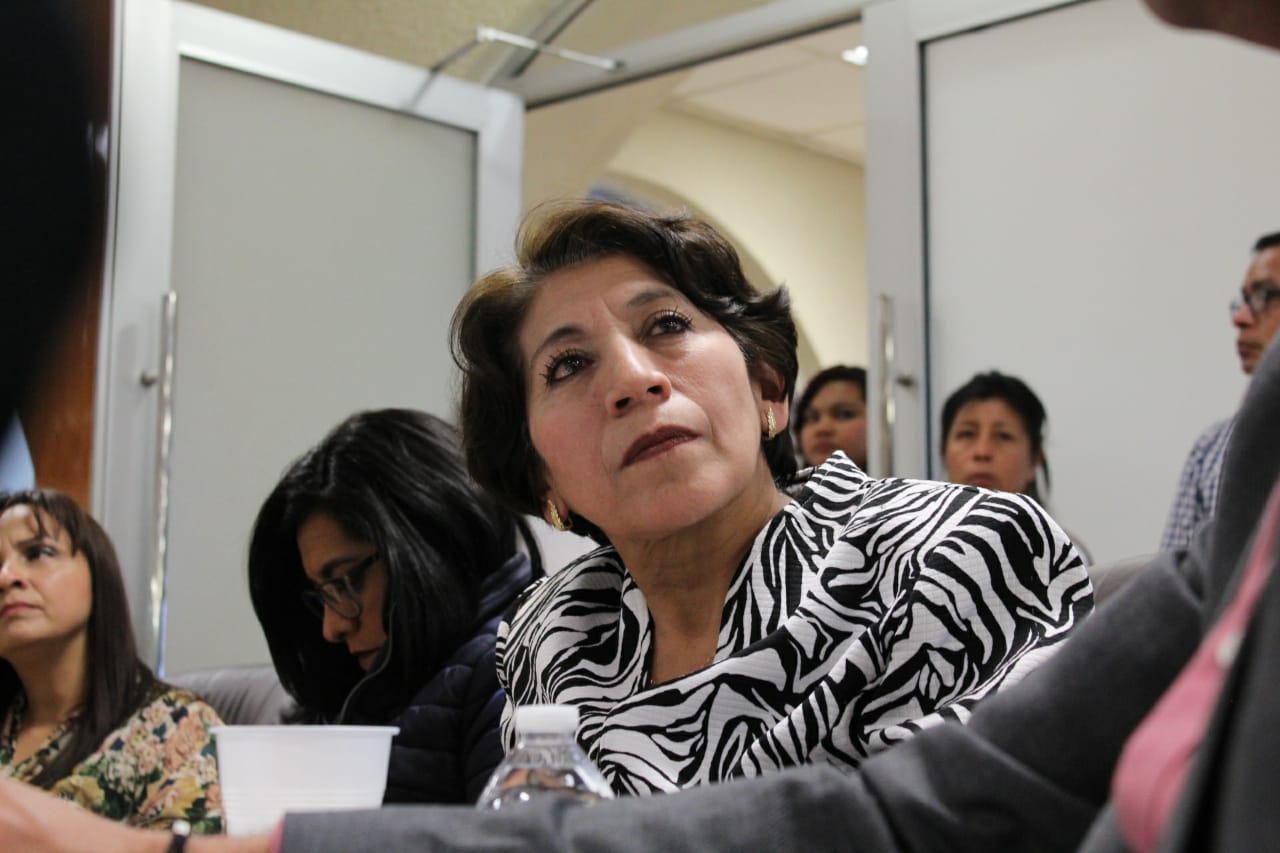 Without it being official, militants began to congratulate Delfina Gómez for allegedly having obtained victory in the internal processes to be the next candidate for the governorship of EdoMex (Photo: Twitter/@delfinagomeza)

Although the victory of Delfina Gómez in the second survey launched by the National Regeneration Movement (Morena) to meet the next candidate for governor for the State of Mexico is not yet official, activists from the institute began to congratulate on social networks the head of the Ministry of Public Education (SEP).

According to the little information that began to circulate on social networks, by the militants of the icing party, the still federal official would have defeated – for the second time – Senator Higinio Martínez, the licensed mayor of Ecatepec, Luis Fernando Vilchis, as well as the general administrator of customs, Horacio Duarte.

It was the user Yari Obradorista (@LaChiquisYareli), who has more than 37 thousand followers, who dedicated a tweet to congratulate Gómez for having obtained the victory in the survey that was carried out, she also announced that she swept the internal process by which did not doubt that he will defeat the Institutional Revolutionary Party (PRI) in the entity for the first time.

“# LAST MINUTE The teacher Delfina Gómez DESTROYED in the second poll, she will be the candidate for MORENA to get the PRI out of the State of Mexico. Congratulations teacher! ”, She could be read in her tweet.

They give victory to Delfina Gómez on social networks, although there is no official information (Photo: Twitter/@LaChiquisYareli)

However, it should be clarified that the official information will be released next Thursday, August 4 at 12:00 noon (Central Mexico time) through a press conference.

This dialogue with the media will be headed by the national president of Morena, Mario Delgado Carrillo, who will explain how the internal exercise was carried out, in addition to announcing the percentages and places occupied by the four finalists.

This is the second survey carried out within National Regeneration, in the first the Secretary of State also won, which would now give her ownership of the 4T Defense Committees in the State of Mexico.

According to the data that Delgado Carrillo offered on July 20, Delfina Gómez obtained 47.3% recognition among Mexican voters; followed by Higinio Martínez, who achieved 28%; while in third place was Vilchis with 25.3%. 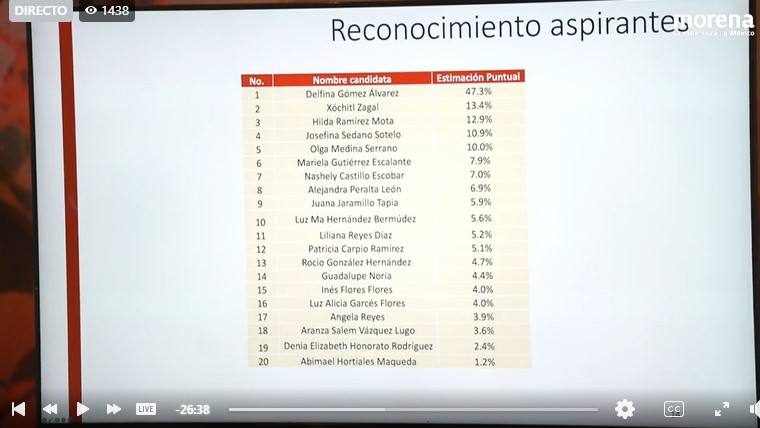 Delfina Gómez won the victory in the first survey that was launched (Photo: Morena)

If the victory of Gómez Álvarez is confirmed, it would be the second time that he would compete for the Mexican governorship, since the previous process, in 2017, obtained second place in the elections with one million 871 thousand 542 votes; it was defeated by the PRI member Alfredo del Mazo Maza, who obtained 2 million 40 thousand 709 votes.

Judge revoked three injunctions against section 5 of the Maya TrainNine miners were trapped in a coal pit in Sabinas, CoahuilaThe shadow of the Sinaloa Cartel for death threat to former Minister of Justice of Paraguay