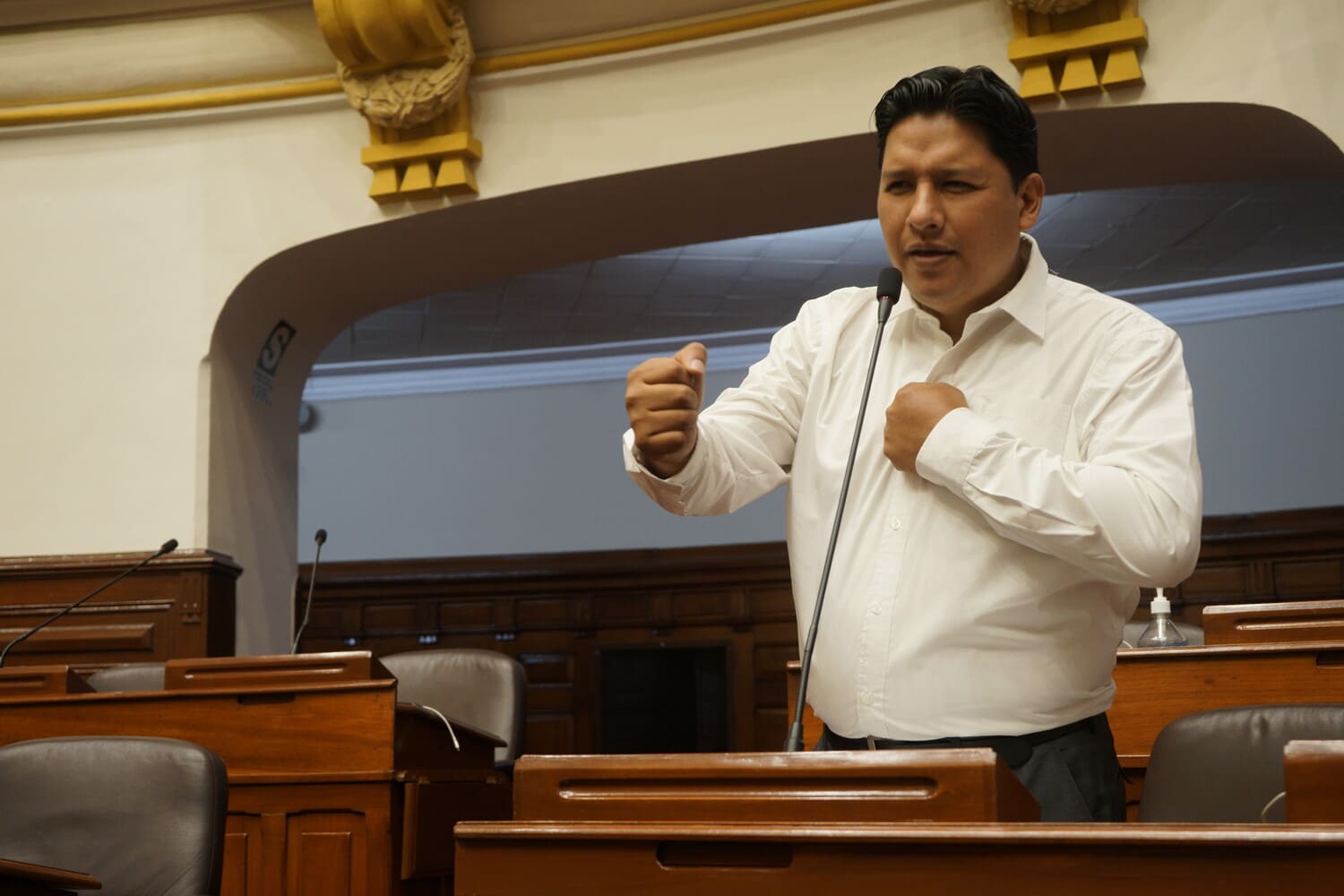 The Popular Action party finally made a decision regarding the congressmen linked to acts of corruption by the government of Pedro Castillo. The LAMPA party decided to expel those designated as ‘The Children’, including Ilich López. He regretted what happened and went so far as to point out that the decision ratified by the general secretary of the party is illegal.

“The gentleman is nothing to issue these apocryphal documents regarding party issues, he doesn’t even know the bases. The party is based on its bases and the man (Edmundo del Águila) has no legitimacy and legality”, López told the press after being notified along with the rest of the five designated as ‘The Children’. The parliamentarian indicated that the Eagle would be usurping functions.

“[¿Usted no se da por expulsado?] It’s not that I don’t think so, that’s illegal. A man who usurps functions cannot issue that statement”, he added. The congressman mentioned that a process will follow within the party to discharge him. “The secretary of discipline, Mr. Walter Rivera, has provided us with the documentation so that we can challenge“, said.

In addition to López, Darwin Espinoza, Jorge Flores, Elvis Vergara, Juan Mori and Raúl Doroteo were expelled after failing to testify before the National Disciplinary Secretariat for the accusations against them. 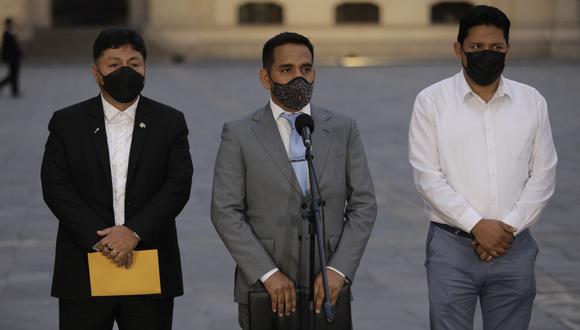 In another part of the brief they highlighted that, when it was made public that members of the Popular Action bench had been taking part in alleged irregularities and malicious acts, the party’s National Disciplinary Secretariat summoned those involved to make their corresponding defenses. However, none of them showed up for the citations, so they were declared “in rebellion”.

During the statements before the prosecutor’s office, the effective collaborator Karelim López pointed out that in addition to President Pedro Castillo, Minister Juan Silva, the nephews of the president, congressmen from Acción Popular, were part of a mafia within the Ministry of Transport and Communications. To these she assured that they were known as ‘The Children’. However, weeks later Bruno Pacheco assured that there would be more than six.

‘The children’ of Popular Action coordinated with the lawyer Auner Vásquez when he was head of the Technical Office of the Presidency between August and December of last year, according to López. “He was a key player in the negotiation” with the government of Pedro Castillo and the aforementioned legislators, said the businesswoman.

The congressmen demanded quotas in the Ministry of Housing and it is registered in the Government Palace visitor’s book, the Peruvian newspaper detailed. 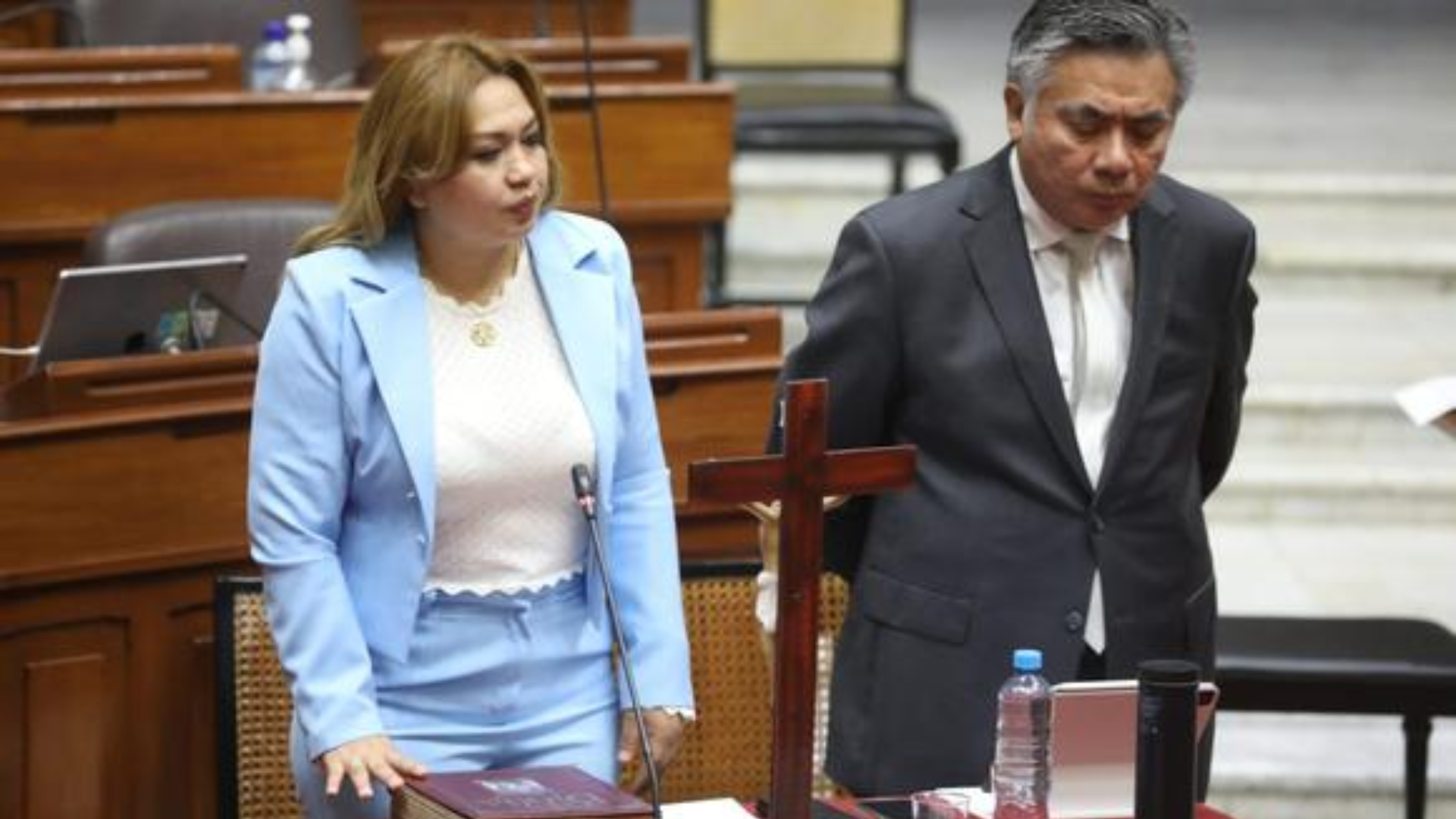 “They met on September 14, 2021, around 8:00 or 9:00 p.m., with Auner Augusto Vásquez Cabrera. (…) And (at that moment) they call Bruno Pacheco because he is the one in charge of speaking with the ministers. They did not enter the president’s office, they have authorized the office of adviser Auner Vásquez. At that time, they already had all the works of the MTC, but at that meeting it was specifically to demand key positions in the Ministry of Housing”, said the aspiring effective collaborator.

‘The children’ demanded to speak with Housing Minister Geiner Alvarado -who remains in office- and wanted to put their people in high positions in other programs such as Water for All. But the businesswoman said that Bruno Pacheco had not accepted because they already had other works in the MTC and they began to profile themselves for “co-govern”, which is why the former secretary general refused.

Yonhy Lescano denies being the father of the congressional group known as Los Niños. VIDEO: ATV

Yonhy Lescano gave his defenses after being accused of being the ‘Father of the Children’: “It’s pure defamation” Bruno Pacheco reveals that there are 12 congressmen who would make up the gang of “The Children” Popular Action ratifies as spokesman a congressman designated as part of ” The children”