Police, Interpol and Dijin carried out operations that left 321 arrests and 657 kilos of marijuana seized in the country 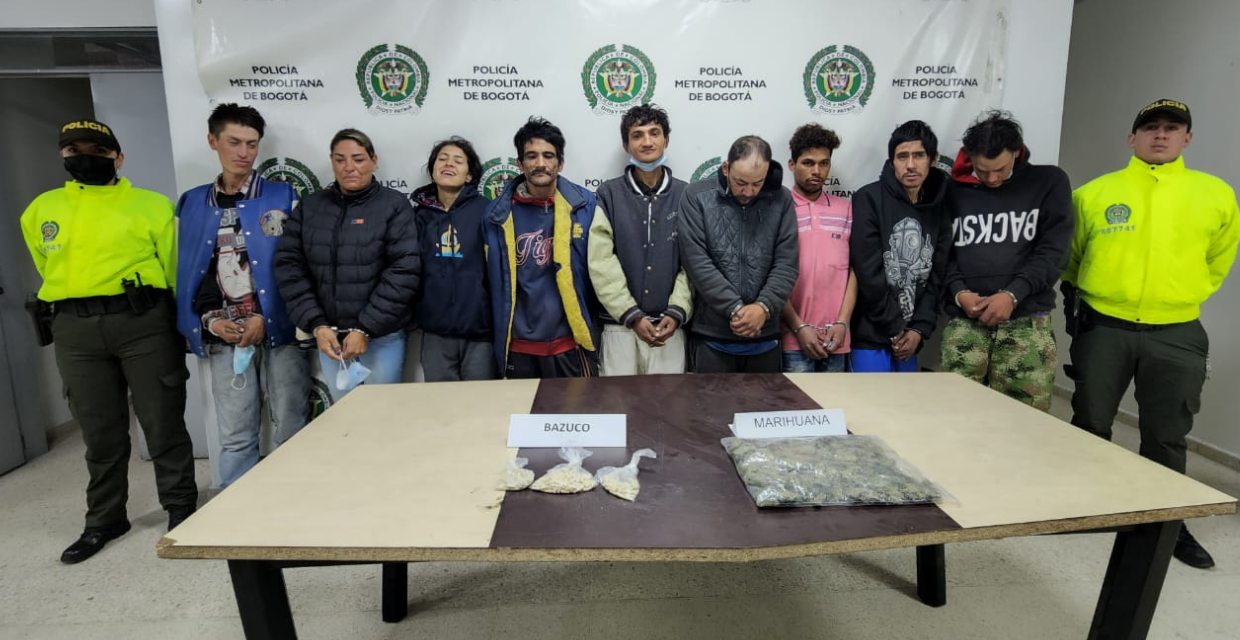 During this Tuesday, August 2, the National Police announced that, through the Dijin and the Criminal Investigation Directorate, more than 200 search and search procedures were carried out in various departments of the country in order to dismantle various criminal structures. dedicated to drug trafficking.

The operations were carried out in the company of the Attorney General’s Office for seven continuous days and were the product of investigations carried out for more than five months by officials of the Criminal Investigation Service. The operations left a balance of 321 people captured, of which 207 were in flagrante delicto and 10 of them were minors. Likewise, by court order they apprehended 104 subjects, between men and women.

Additionally, a great blow to drug dealing was achieved: in the 254 proceedings, 657 kilos of marijuana, 5.4 kilos of cocaine, 7.7 kilos of coca base, 60 grams of heroin and 1,457 doses of synthetic drugs were seized. The authorities also seized 33 firearms, 79 cell phones, five vehicles, and occupied 2 real estate that were the operational center of these structures.

Also according to the Police, 107 captured were sheltered with an intramural security measure, 29 with a home security measure; 164 detainees are still in the preliminary hearing stage and 21 of them were released in a guarantee control hearing on the grounds that they do not represent a danger to society.

It may interest you: Search Unit recovers four bodies of possible victims of the internal armed conflict in Amazonas

Based on the information provided and other investigative work carried out by the Dijin, it was possible to clarify the way in which this criminal organization operated, which was dedicated to the commercialization of different drugs in small quantities.

This structure had several buildings for the storage and dosage of alkaloids. Similarly, to execute the entire criminal chain, these individuals under the alias La gorda used several telephone lines to communicate with suppliers, administrators, and vendors within the same organization.

Several hours of film records, interceptions and infiltration work with undercover agents, exposed the members of Los Bolivarianos who pretended to be homeless or recyclers to deceive the public force. This is how the investigators of the Police body identified the ringleader of it.

The fat girl sometimes she went out into the streets to exercise control over her two stewardesses and vendors, sometimes in dilapidated or deteriorated outfits and other times very well made up and organized so that they would not recognize her. In addition to that, this ringleader had an extensive criminal record and had recently come out of a home security measure for drug trafficking.

She, along with her criminal allies known as Calavera, Luisito, la Flaca, Tragón, Veneco, El Gordo, Crespos and El Chinche, were sheltered with an intramural security measure after the Prosecutor’s Office charged them with the crimes of drug trafficking, manufacture or possession. in a heterogeneous contest with an aggravated conspiracy to commit a crime.

Juan Manuel Santos affirms that “peace is seeing a new hope” with the Government of Gustavo PetroIván Cepeda is elected new president of the Peace and Post-Conflict Commission of the SenateMauricio Leal Case: Attorney General’s Office collects evidence to prove responsibility of Jhonier Leal