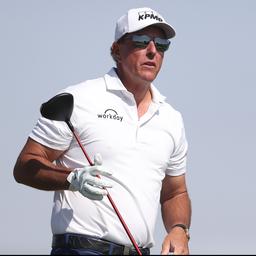 Six-time major winner Phil Mickelson, along with nine other golfers, has filed a lawsuit against the PGA Tour organization. The golfers, who have all moved to the controversial LIV Series, want their PGA Tour suspension lifted.

The ten, which also includes former US Open winner Bryson DeChambeau, demand, among other things, the right to participate in the FedEx Cup Playoffs. Some of the golfers involved had already qualified for the season’s lucrative “dessert” on the PGA Tour.

The new LIV Golf Invitational Series is controversial because the tournaments it covers are funded by investors from Saudi Arabia. Because of the violations of human rights in that country, the golfers who opt for the big money are subject to a lot of criticism.

Six-time major winner Mickelson from the United States is said to have received about 200 million dollars for his switch. It came out this week that his compatriot Tiger Woods has reportedly rejected an amount between 700 and 800 million dollars to also play in the LIV Series.

The ‘switchers’ are no longer welcome on the PGA Tour. The organizers of the DP World Tour (formerly the European Tour) decided in June to fine golfers competing in the LIV Series and suspend them from three tournaments at £100,000. Some of them went to court.