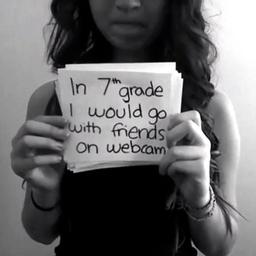 The public prosecutor in Canada has completed his indictment in the criminal case against webcam blackmailer Aydin C. on Tuesday. The 44-year-old Dutchman is on trial for extortion of Amanda Todd, who took her own life in 2012, and for possession of child pornography.

C. convicted in the Netherlands says he is innocent, but the public prosecutor told the jury on Tuesday that “all roads” lead to C.. “He is the one who committed these crimes. There is no other logical conclusion,” the prosecutor said, according to Canadian media.

C.’s lawyers told the 12-member jury that they should only convict their client if they are absolutely certain that he is guilty. “Probably guilty is not enough,” they pleaded.

An officer had previously said during the trial that some of the social media accounts used to extort Todd could be linked to two devices that Dutch police seized when C. was arrested in 2014.

C. was already convicted in the Netherlands for extortion

In 2018, C. was sentenced to almost eleven years in prison for digital stalking and extortion of 33 underage girls and an adult girl, defrauding four gay men and an attempt to do so.

In December 2020, he was extradited to Canada, where he will be tried separately for the extortion of the then 15-year-old Todd. She was one of his alleged victims and took her own life in 2012. A video posted by her on YouTube, in which she expressed her despair, made her business world news.

On the first day of the hearing two months ago, the public prosecutor explained how C. proceeded. For example, he would have used 22 different accounts on platforms like Facebook, Skype and YouTube to harass Todd.