This is War: Jossmery Toledo and Gabriela Herrera are eliminated by their own teammates 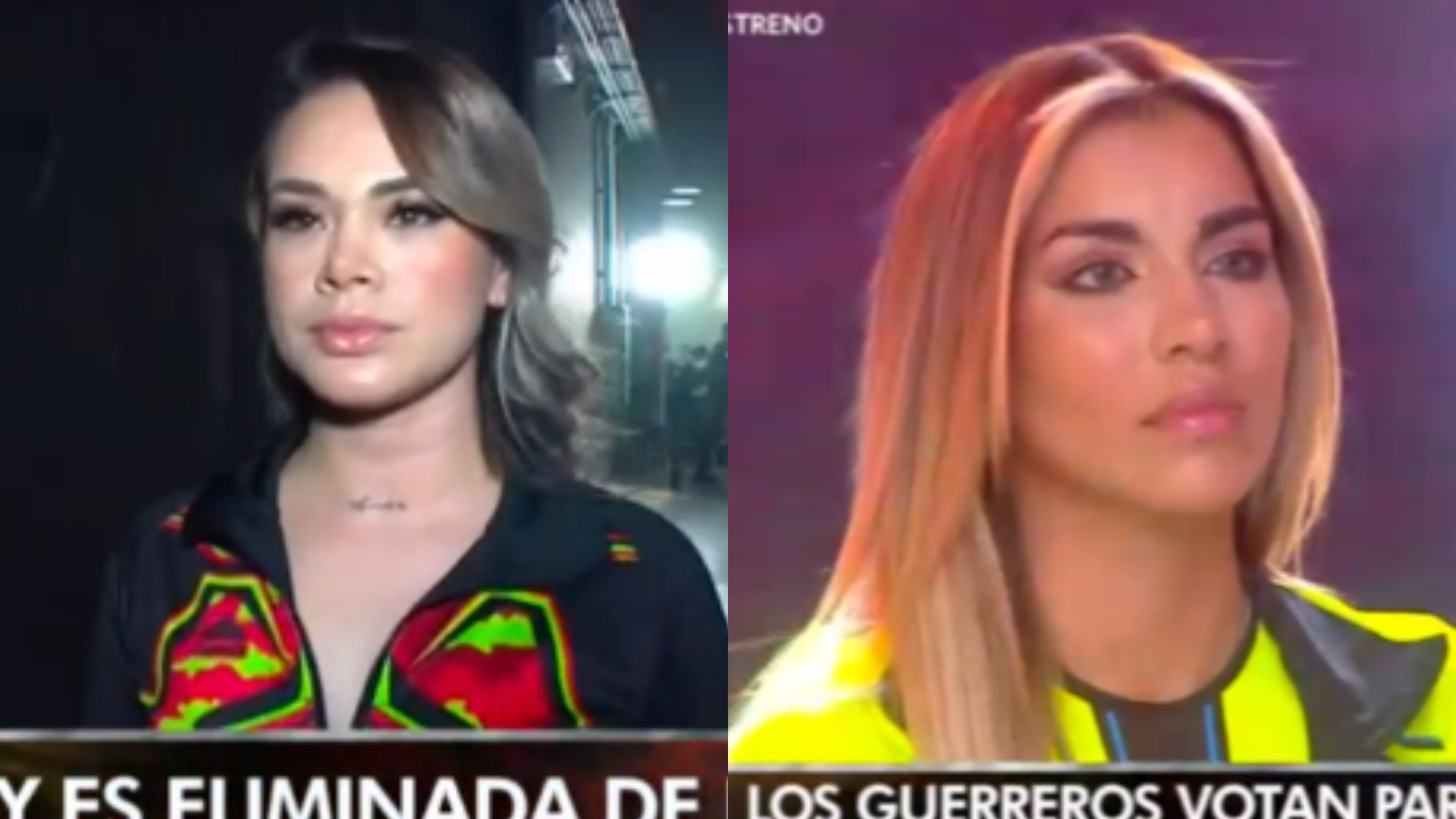 Jossmery Toledo and Gabriela Herrera said goodbye to This is War. (Photo: Capture)

This Monday, August 1, Esto es Guerra began its edition announcing new changes in the program. To the surprise of many, the Court made the warriors and fighters decide for one of its members to leave the reality show permanently.

The production put chairs in the middle of the set and gave each one a piece of paper with a marker to write the name of the person they want to eliminate. At first, everyone disagreed but they had no choice but to vote for the person they considered “weakest” or who should not reach the final.

The ‘Combate’ team began with the vote and Jossmery Toledo was one of the first to receive several points against. Rafael Cardozo and Fabio Agostini followed in the numbers, who were also named by their teammates.

It is worth mentioning that everyone had to give their reasons for voting. The last to show his blade was Said Palao. “I am sure of my vote because it is a purely competitive issue, I have grabbed the one with the best level. I don’t want to delve too much into the subject and I want this to end.” said the reality boy seconds before pointing out that he chose Jossmery Toledo.

The reality girl received the hug of the rest of the participants as well as the host Renzo Schuller. “It is falling on all of us like a bucket of cold water. Jossmery unfortunately is the first eliminated “said the television presenter.

Jossmery Toledo was eliminated from This is War. (VIDEO: America TV)

YOU CAN READ: This is War: the “warriors” defeated the “combatants” and won the great reality show semi-final

On the side of the warriors, Gabriela Herrera was chosen to be eliminated from her team. According to the arguments they gave, the young dancer is not at the level they need to win the final circuit of This is War, so they gave her five votes against.

Although Patricio Parodi and Michelle Soifer each received one point, most competitors had no choice but to choose the reality girl. The last to show her paper written with a name was Hugo García, who was outraged by what was happening.

With sadness, the warriors said goodbye to their companion amid hugs and words of encouragement. The driver Johanna San Miguel did not remain silent and she expressed her annoyance before the cameras. “We warriors are fine as we are, we feel comfortable, happy, we are united and we are sure that these changes have been due to complaints from other people, because they have gone to the producer to cry so that there are changes.”

Gabriela Herrera is eliminated from This is War. (VIDEO: America TV)

More than one emotional moment was experienced in the EEG semifinal, especially when Hugo García and Melissa Loza fainted due to the difficulty of the competitions, as they caused the concern of their teammates, who ran to help them.

Rosángela Espinoza broke live before winning the point for her team and, to everyone’s surprise, Alejandra Baigorria resigned from the program that led her to stardom due to a serious tendon rupture.

The team led by Patricio Parodi once again beat the ‘combatants’ and took the trophy for the semifinal of Esto es Guerra.

Rodrigo González and Gigi Miter outraged with Andrés Hurtado for exposing cancer patients in his programAldo Miyashiro and Érika Villalobos are caught at the airport in Peru returning together from the United StatesSergio Peña would be dating Valery Revello after finishing with Tepha Loza, according to Rodrigo González

BSE Sensex 30 opened with an upward trend this October 4

Woman bypasses security and boards a plane to Málaga

Russians are increasingly deprived of free internet due to censorship | Tech

A new chant among the artists: “We practically gave up Instagram”