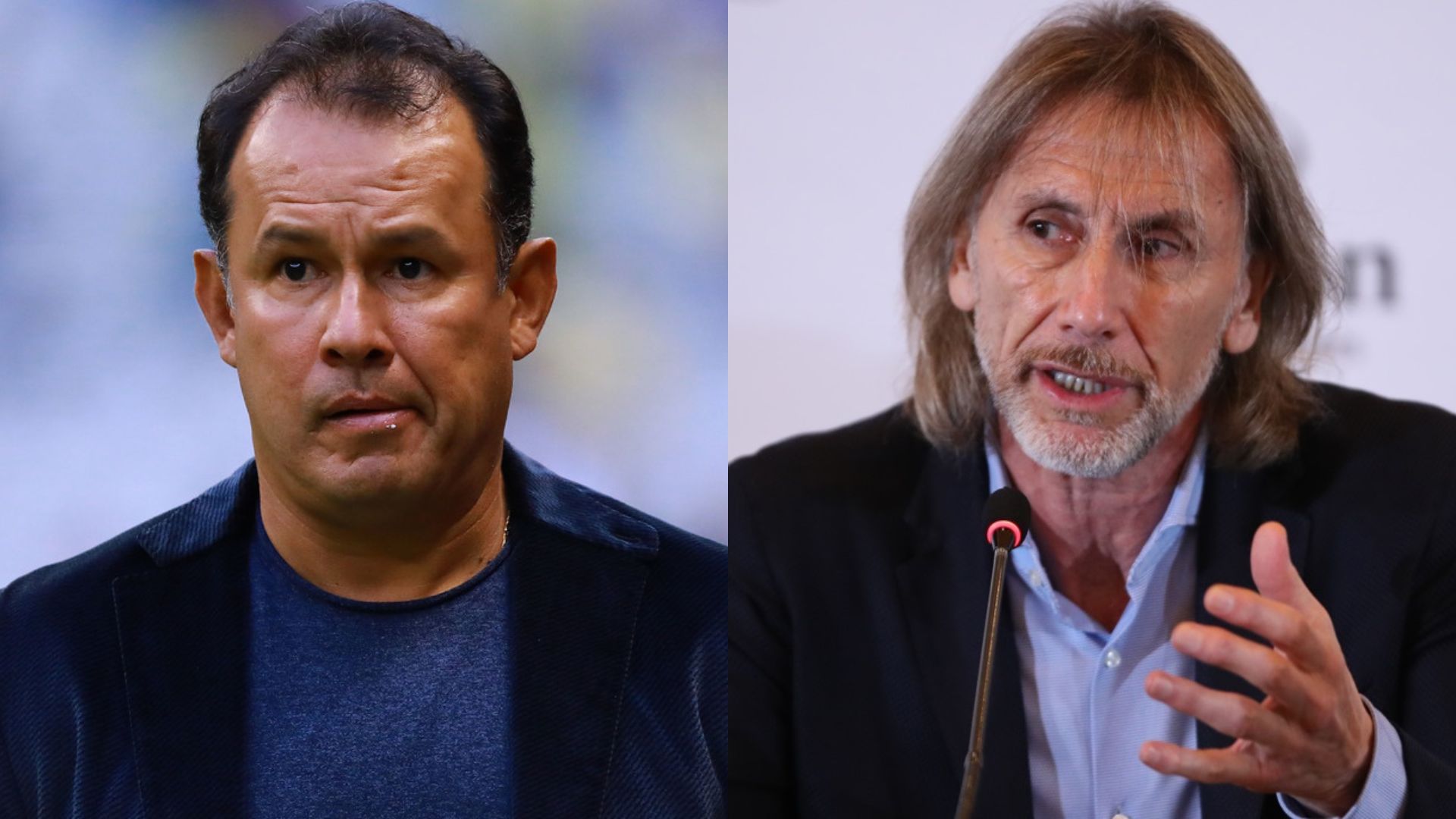 Juan Reynoso and Ricardo Gareca were nominated by the Mexican press to assume command of America.

Pedro Aquino’s America is not going through a great moment in Liga MX, for that reason in a sports program they mentioned possible replacements for DT Fernando Ortiz, among those names were those of Juan Reynoso and Ricardo Gareca. Both coaches are currently without a team, although the first would have an agreement with the Peruvian team.

In Fox Sports Mexico they were analyzing the present of the “azulcremas”, when they began to propose profiles of strategists to take charge of one of the largest clubs in the medium. One of the panelists brought up Ricardo Gareca and Antonio Mohamed.

“America is looking, today with the squad and players it has, a character who has leadership, who has brutal credibility, who has a past with experience and a successful recent memory. There are not many options, I already told you, but Juan (Reynoso) is in Peru,” added another journalist.

“Would you take Reynoso to America?” They asked him and the communicator responded as follows: “Yes, I am convinced.” Another added that the ideal to replace Ortiz was Mohamed because of what was done with Monterrey years ago.

“Gareca. Totally. You have to transform. That is the ideal coach for America”, emphasized the journalist Alejandro Blanco. The host of the program warned that the “Tiger” will continue to be DT of selections. But Alex stood his ground.

“But wouldn’t you like a coach like that in Mexican soccer?” Blanco asked, and all his teammates said yes. “What is America looking for, is it more pragmatic and needs titles, it will not go with your idea that it is nice for someone new to come, it is I want titles. Who can give them to you? Closer Mohamed”, concluded a journalist.

The ‘Tigre’ and the ‘Cabezón’ are alternatives according to the Mexican press for the bench of America.

The two names mentioned by the Mexican press are closely related. And it is that Juan Reynoso, according to RPP, would have reached an agreement with the Peruvian team to be the replacement for Ricardo Gareca, who was on the bench of the “bicolor” for more than seven years, ahead of the next qualifiers.

The ‘Cabezón’ was a great alternative to assume command of America, because he knows the environment. He already directed Puebla and also Cruz Azul. With the latter, he broke a long title drought and lifted two trophies.

For the interests of the Peruvian fans, he would be the next strategist of the ‘blanquirroja’. Moreover, it has been possible to meet the members of his technical command. Jaime Serna would be his assistant. Gustavo Leombruno would be in charge of the physical preparation. Rosalío Díaz (video analyst) and Óscar Gambetta (goalkeeper coach) complete the 52-year-old coach’s staff.

For his part, Ricardo Gareca did not reach an agreement with the Peruvian Football Federation and decided to step aside from the senior team. “Flaco” had a successful campaign, qualifying for a World Cup after 36 years and being runner-up in the Copa América. Likewise, many historical triumphs against tough rivals and in complicated places.

The last thing that the “Tiger” declared was that he had no contact with any selection or team after ending his relationship with Peru. At the moment, the Argentine DT is on vacation in his country with his family. Will you have his first experience in Liga MX?

Juan Reynoso would be confirmed as the new coach of the national team: the clubs and winners of the PeruvianErick Osores defended Juan Reynoso for the Peruvian national team: “It is not a setback, nor an improvised one” “Lapadula teaches how to stand out and define exquisitely”, he commented Varsky on his goal with Cagliari