“Pride of Mexico”: López Obrador met with Katya Echazarreta, the first Mexican to travel to space 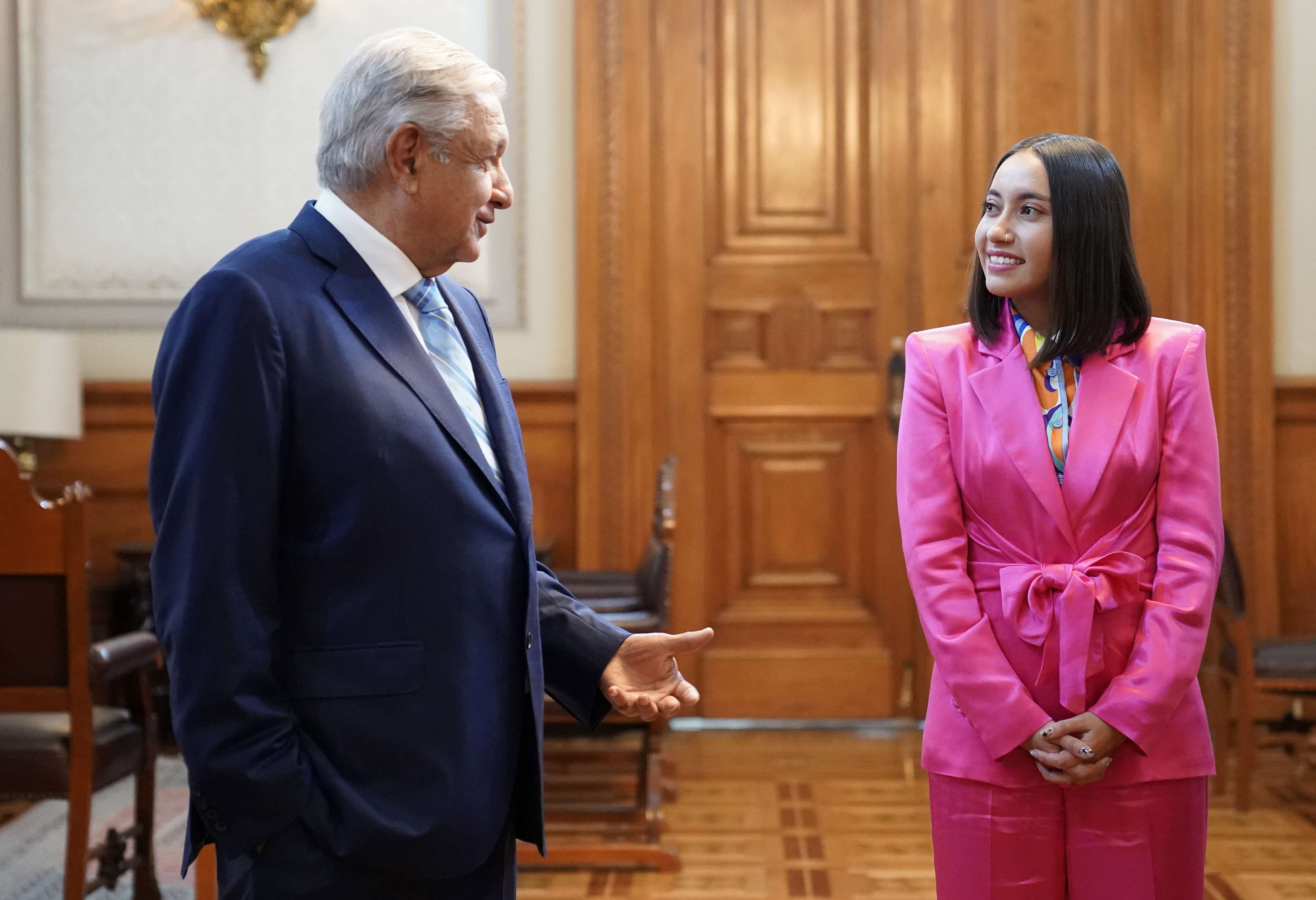 On June 4, Katy Echazarreta made history by becoming the first Mexican – and Latin American – astronaut to travel to outer space with the crew of Blue Origin.

This merit was recognized by the president, Andrés Manuel López Obrador (AMLO), with whom he held a meeting on August 2 at the National Palace. The meeting was shared through the Tabascan social networks, where he pointed it out as a pride of the Aztec nation.

“With electronic engineer and astronaut Katya Echazarreta, pride of Mexico.”

The meeting between the young engineer and the Chief Executive had been reported since last July. This, after López Obrador projected in his morning and clip where Katya expressed her desire to meet him in person.

This is the face of a woman who kept a promise she made at 7 years old.

This is a woman who kept a promise she made at age 7. pic.twitter.com/J3H488QrLF

After the meeting that Katya held with the president of Mexico, the young astronaut attended an award ceremony in Mexico City (CDMX), where she recalled, with nostalgia and happiness, her experience from space: “You see it in everything. And it is seen in three dimensions, which is the most beautiful”.

From the capital, and before Claudia Sheinbaum, Head of Government, the native of Jalisco shared how her interest in reaching the cosmos awoke, which began with a simple dream at the age of seven: “I am going to go to space and I am going to be at NASA.

This was how his preparation began, which, he revealed, sometimes he had to attend to autonomously. A challenge that was added to the difficulty of adapting to the United States, a nation to which her family migrated: “I couldn’t imagine anything worse than sitting in a room where you don’t understand a word,” she commented, proud of surpassing said goal. thanks to the focus and determination.” 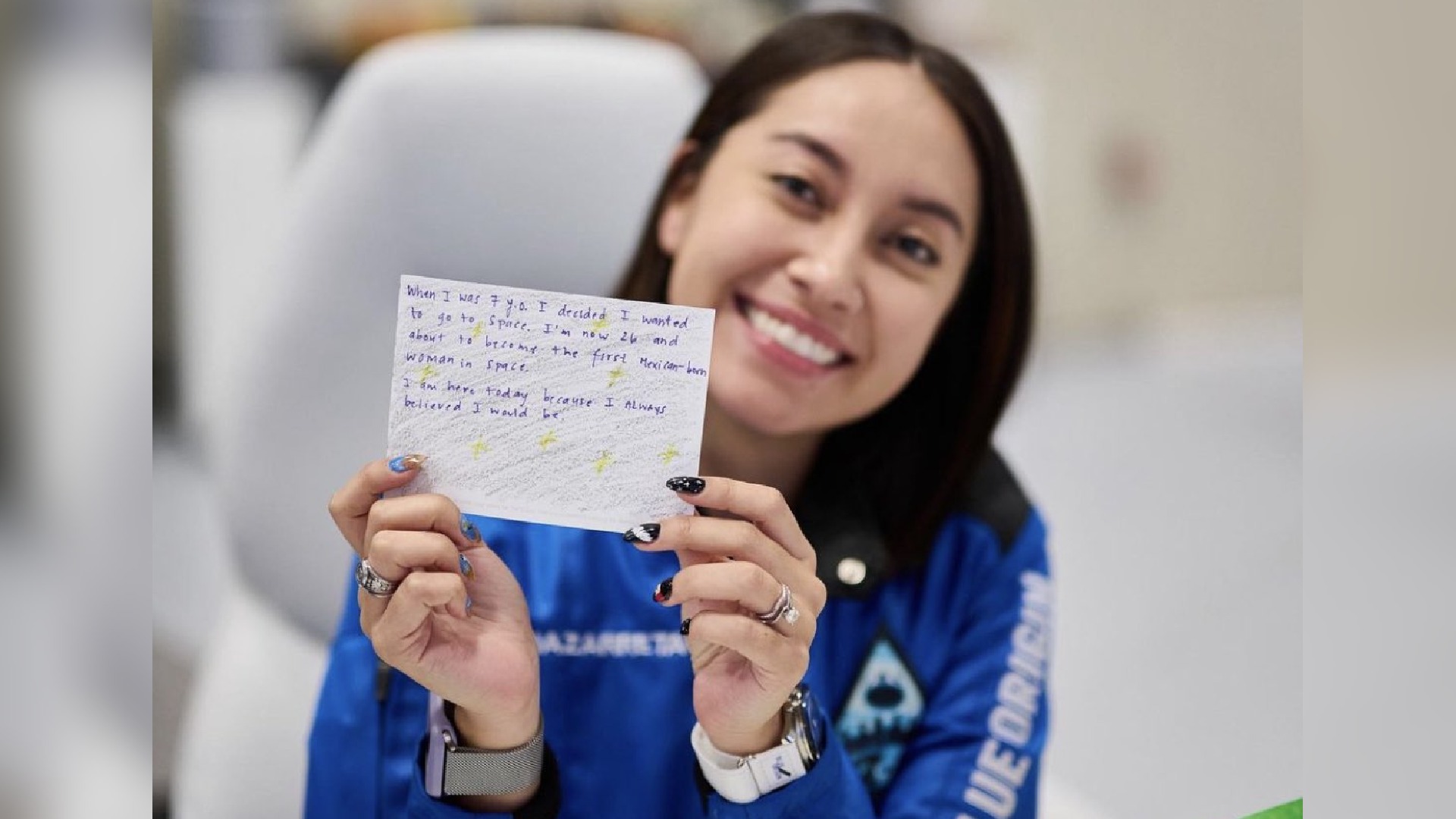 Katya traveled to space with a mission to represent women and minorities interested in science, technology, engineering and mathematics. (Photo: Twitter/katvoltage)

Driven by curiosity and a hunger to excel, Katya Echazarreta decided to study electrical engineering so that she could build spaceships. However, she remembers, there were opinions that tried to curb her aspirations, some of them with the argument of “because she is a woman.”

“They told me: ‘you don’t have the slightest chance of getting there.’ I said, ‘I don’t care what you say to me. It’s what I want to do. I’m going to choose this career; I’m going to work for NASA and I’m going to build spaceships.”

It should be remembered that Katya’s mission in her space trip was to represent women and minorities interested in science, technology, engineering and mathematics. Under that tenor, she declared:

“When someone tells you that it is not for girls, women or people like you, you have a choice: you are going to listen to them or not. That is the correct answer, no. There are many people who will tell you that. (…)

I listened to all that, I felt that they didn’t want me there; that my colleagues thought I shouldn’t be there. My professors told me that these careers were not for women and that women should not be there. They told me that I was wasting the place of a man who did deserve it”, he declared and made a call to believe in oneself, as well as to understand that successes are achieved “in small steps”.

The event concluded with the delivery of an award and the key to CDMX to Katya by Claudia Sheinbaum.

I want to dedicate this flight to Mexico: Katya Echazarreta became the youngest Mexican to travel to space Katya Echazarreta told in Jalisco how her experience as an astronaut was: “It is important to have people who support you” “Never let anyone turn off your dreams”: Five stories of Mexican women who succeed at NASA