Drivers flipping sacks with Soledad Pastorutti and the jewels of Turismo Carretera: the pearls of the celebration for 85 years at the Teatro Colón 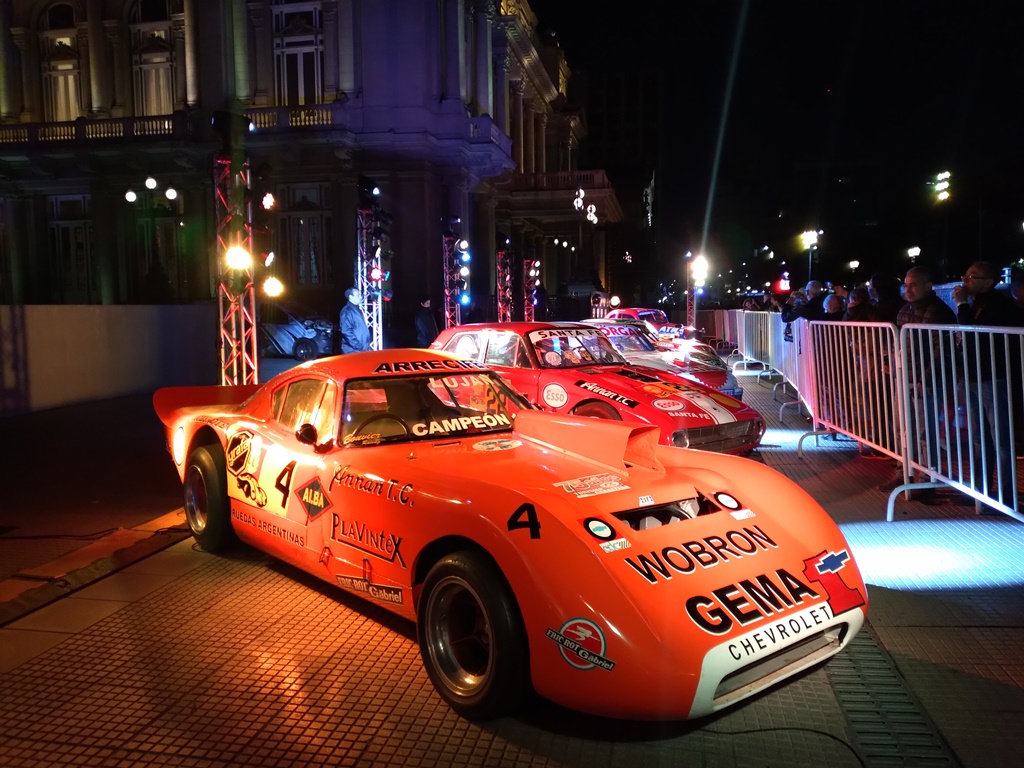 In 85 years, Argentina has had five coups d’état, innumerable economic crises and other vicissitudes, but Turismo Carretera knew how to survive and that is why it threw the house out the window to celebrate another anniversary. This is how his week of celebrations began at the Teatro Colón, whose adjacencies had twelve historic cars since early Monday morning and at night the category held its gala with more than 1,000 guests.

It was on August 5, 1937 when the first race of the longest category of Argentine motorsport started. The oldest in the world is the IndyCar, beyond its name changes since 1911. So ingrained in the collective imagination of Argentines, the public that circulated in the area stopped to take photos of the jewels that were exhibited in Vatican Square .

Among the historic machines present were the Chevrolets of Juan Manuel Bordeu (1966), Guillermo Ortelli (2011), Agustín Canapino (2010) and Christian Ledesma (2007), the little Ford coupe with which Juan Gálvez won his nine championships, the mythical orange thunder with which Carlos Pairetti was consecrated in 1968 (the only Sport Prototype champion in the category). In addition, some Ford Falcons, Carlos Alberto Reutemann’s Angostado (he did not win in the division, but marked an era), Oscar Castellano’s (1989) and Juan Manuel Silva’s (2005). 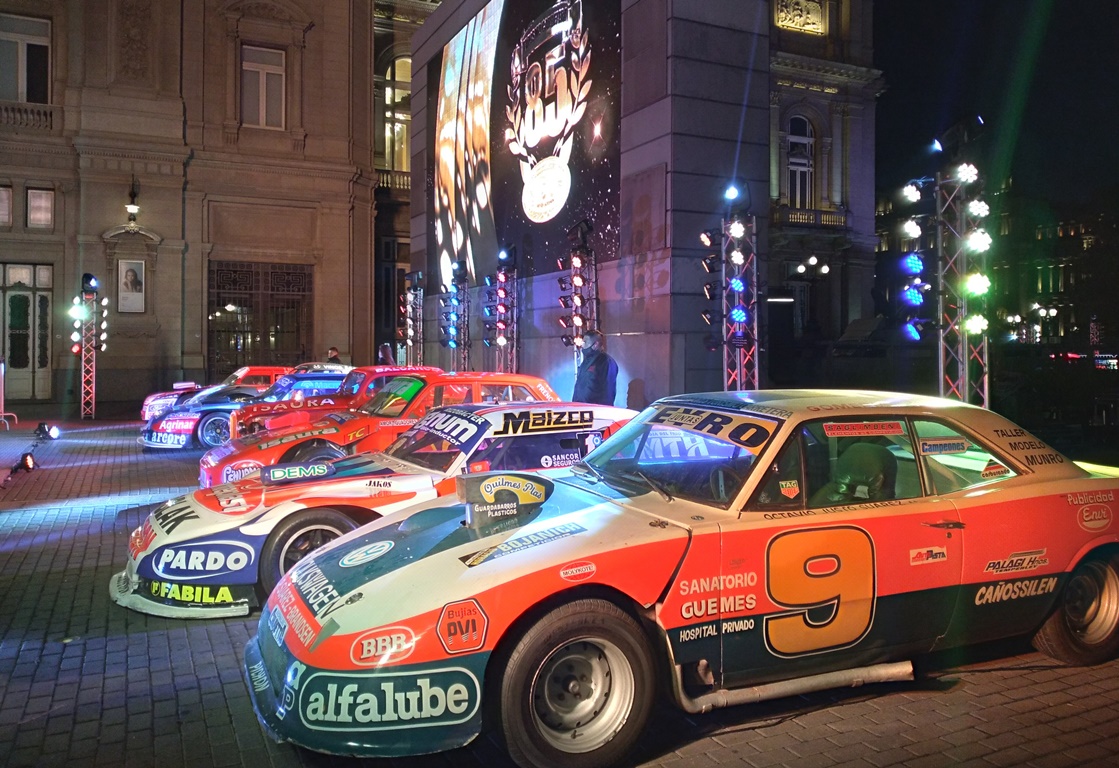 The replica of the Dodge of the Suárez Brothers, the champion Chevrolet of Ortelli in 2011, the Ford champion of the Pincho Castellano in 1989, the Coloradita of the champion Bordeu of 1966 and other historic cars

But what is CT? Why is it a popular phenomenon? How did he survive 85 years? What better than Guillermo Ortelli to answer it, the seven-time champion (1998, 2000 to 2002, 2008, 2011 and 2016) and the second most successful in history behind the nine titles of Juan Gálvez. “It is one of the most popular categories in Argentina and the truth is that it has given me a lot. It is a popular phenomenon because there is a lot of passion and we Argentines are very passionate and the TC has a lot. It has always been well managed, “the now former pilot told Infobae.

Before the musical shows there was a previous cocktail in which the guests shared talks with their colleagues, but in a distinguished setting. All gala with dark tone. Some of the youngest were surprised by the magnitude of the venue: “I had never been and I am shocked to be in the Colón”, confessed Agustín Canapino, four times champion (2010 and from 2017 to 2019).

While the ACTC gave a plaque to the Head of Government of Buenos Aires, Horacio Rodríguez Larreta, who stated that “we are making a great effort to improve the Autodromo.” He was told that work is being done so that the TC runs again at the Colosseum in 2023. 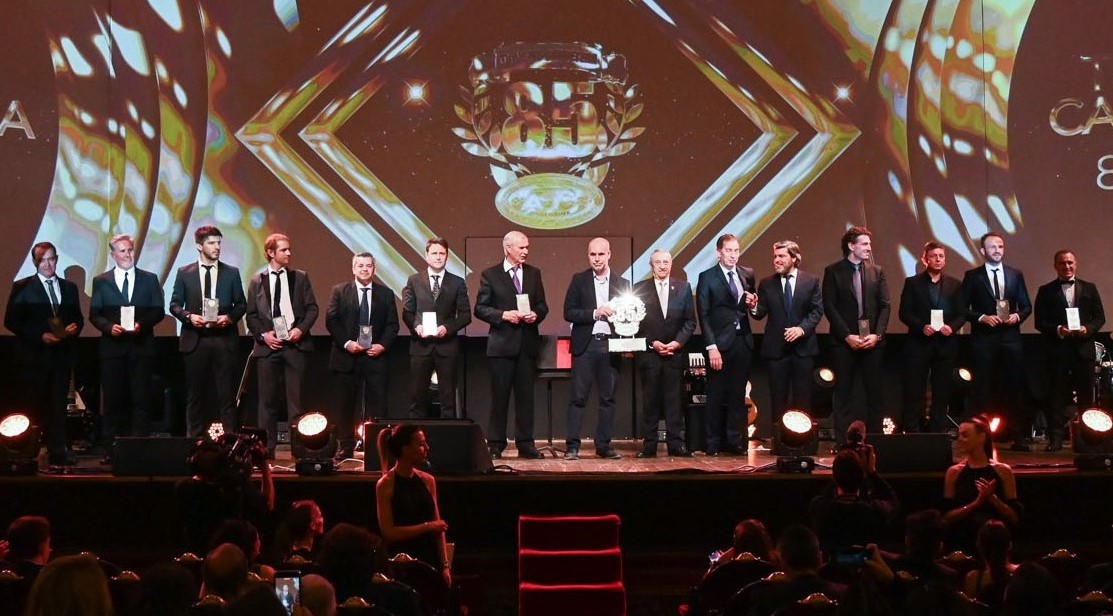 Horacio Rodríguez Larreta presented a plaque from the Buenos Aires Legislature to the ACTC, which had reciprocity with the first president of Buenos Aires (Prensa GCBA)

Then it was time for music and Raúl Lavié sang the National Anthem, and interpreted “My beloved Buenos Aires” and “My way”, in a Colón that was in 95 percent of his room. He was accompanied by the Colón’s orchestra of teachers.

Later, a review of the history of the category was made through a video in which Juan María Traverso, six-time champion of the specialty (1977, 1978, 1995, 1996, 1997 and 1999), the third most successful, did not appear. El Flaco has been away from the ACTC for a long time and is closer to the other regulator, the Automobile Sports Commission (CDA) of the Argentine Automobile Club (ACA). He was briefly mentioned later in an acknowledgment, but his titles were not listed.

Soledad Pastorutti’s musical show with her charisma gave her a color frame that had its highest point when they went on stage and fluttered their bags (as if they were ponchos), the champions Christian Ledesma (2007), Ortelli himself, Omar ” Guri” Martínez (2004 and 2015) and the current two-time champion, Mariano Werner.

The show in the imposing Colón gave it a unique setting, but the event lacked emotional impact. The nostalgia, tribute and recognition of many champions were missing (Emilio Satriano, Jorge Martínez Boero, Juan Manuel Bordeu, Ricardo Risatti, Rodolfo de Álzaga, Eduardo “Lalo” Ramos, Oscar Angeletti, Juan Manuel Silva, Gastón Perkins and Francisco Espinosa). Neither did the preparers take place nor was there a wink for the most important capital that the TC has, its people.

Thus began the celebrations for the 85 years of the TC, which is experiencing its anniversary week. The schedule of celebrations will end this weekend with its ninth date at the Autodromo El Villicum, in San Juan, where the engines will roar again, as it has been for more than eight decades.

From Fangio, to Perón and Che Guevara: the incredible stories of Buenos Aires-Caracas, the most important race in Argentine motorsportsThe driver who carried advertising in his car before Formula 1 was born: 30 years after the death of Oscar Alfredo GálvezAdversaries in the track and friends off it: Flaco Traverso’s anecdotes about the rivalry with Loco Di PalmaThe day that Turismo Carretera changed forever: 25 years after his last road race