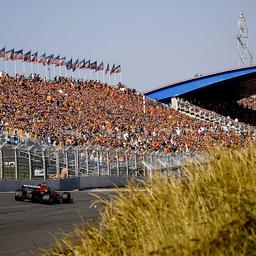 Circuit Zandvoort may temporarily keep its nature permit, the Council of State ruled on Tuesday morning. Several nature and environmental organizations had asked the judge for a temporary suspension of the nature permit, because, according to them, the race cars on the circuit emit too much nitrogen. But the judge does not agree with that.

It is not the first time a judge has examined whether more nitrogen is emitted on the race track than allowed. The nature organizations also went to court a few years ago, but were unsuccessful after a long legal process.

The environmental clubs were not resigned to that. They appealed to the Council of State.

Affairs at the Council of State often take a long time and the nature organizations wanted provisional clarity before the next Grand Prix in Zandvoort (beginning of September). That is why they asked the judge for a temporary suspension of the nature permit, pending the final decision. The Council of State therefore does not agree with that request.

It means another victory for the circuit, which has won all lawsuits that have been filed over the Dutch Grand Prix so far.

It is not yet known when the final decision of the Council of State will follow.