Yeison Jiménez revealed the last meeting she had with Darío Gómez 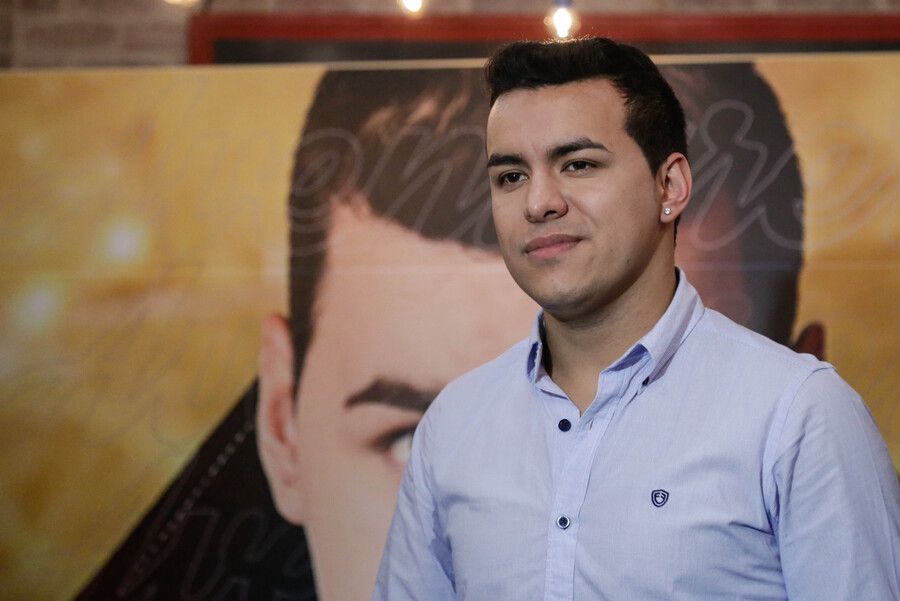 Only a few days have passed since the country knew the death of Darío Gómez, one of the greatest exponents of popular music and the genre of spite in Colombia. The artist, a native of San Jerónimo, died at the Las Américas clinic, located in Medellín and from there, his followers paid tribute by singing some of his greatest hits.

Several popular music artists, including Yeison Jiménez, shared on their social networks what it meant for them and their careers, the fact that the king of spite helped them forge the path to unleash their lyrics heartbreak

Recently, the interpreter of songs like Adventurer, Your Lover and My Revenge, He shared on his social networks, where he has more than four million followers, a clip in which the emotional meeting he had with Darío Gómez is observed. In the images you can see the artists surrounded by several cameras and very attentive to the conversation they are having.

Something that can be perceived in the audio of the conversation is that Yeison Jiménez was being praised by the man from Antioquia, who also highlighted the talent and affection he felt for him: “I love you culicagado, I adore you. You are my trajectory, my legacy ”, while he took one of his hands and Jiménez thanked him for his words.

At that moment, Yeison Jiménez expressed the pain she feels, because she never thought that this would be the last space she would have in life to share with her idol of popular music.

It may interest you: In the case against Álvaro Uribe, the Prosecutor’s Office would have requested the end of the process, assures the victims’ lawyer

“Incredibly and with great anger I say it. I did not know that it was the last time that she spoke with the king, the king of spite, ”she added.

The images quickly went viral and his followers did not take long to respond to the publication with some messages of support for the bad experience that the artists of this genre would be going through with the departure of Darío Gómez to eternity, his songs remain in the memory and the good memories left by his music to overcome the tusas.

Some of the comments expressed by his followers in the publication that rests on the ‘La chismosa news’ account are: “The nobility, honesty of a man of integrity and sincerity, his spirit will always live, God is with you, Don Darío Gómez Zapata”; “A true gentleman, Darío Gómez. He will forever live in the heart of each one of us who appreciate him ”, among others.

Next, you can see the full video that Yeison Jiménez shared on her social networks:

There were several artists who, through their social networks, lamented the departure of Darío Gómez, one of them was Giovanni Ayala, who wrote with deep pain:

“This is one of those news that is difficult to assimilate, as the teacher, The Great King of Spite, used to say, ‘if anyone feels sadness let them make a beautiful silence’ there are no words here and there is plenty of love wrapped in sadness. Peace in his grave, God has him in his Holy Glory. An incomparable artist who marked many generations, a great human being, leaves today leaving us a great legacy that will undoubtedly keep him alive. Today he raises a prayer to God to grant his whole family and followers a lot of strength. He rests in Peace”.

Like Ayala, Pipe Bueno also expressed his condolences with an emotional video. On her part, Arelys Henao shared a reel of photographs in the different spaces in which she met the king of spite.

Diego Guarnizo, the designer who will dress Gustavo Petro’s wife on the day of the presidential inauguration