The national leader of Morena, Mario Delgado, minimized the irregularities of carrying, theft of ballot boxes and the burning of ballots that were registered on the renewal day of its National Congress and said that there were only 19 voting centers of the 553 that were installed, that is, just 3.4% of all voting. In addition, he presumed that Morena managed to enroll three million people this weekend.

At a press conference, Mario Delgado said that they had a day in peace and tranquility and it was an exemplary exercise, and He acknowledged that they had incidents, but stated that they were caused by people isolated from Morena. 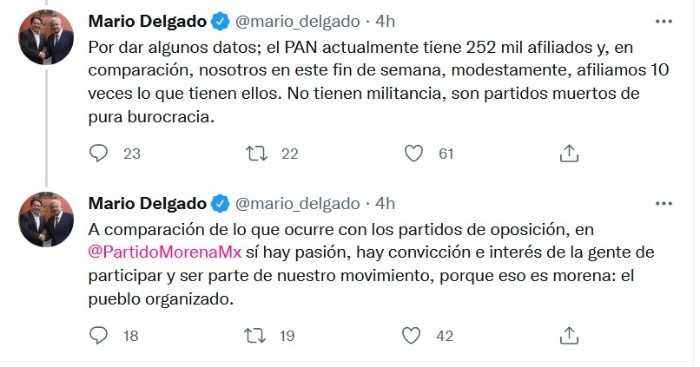 He said that it is a process with all the certainty and he responded to the founding militants who demand to annul the voting day that They have conservative thinking.

He anticipated that will not allow advisers to get to bad and if they verify the purchase of votes and carry, they will cancel and repeat the voting.

And if in some cases they verify that there were Morenoist comrades who had attitudes against the movement, they have nothing to do with Morena and it could even lead to their expulsion from the party.