Having rich friends improves the economic potential of poor children, according to millions of relationships on Facebook 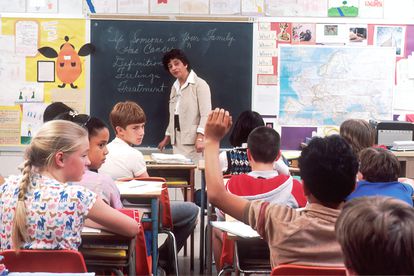 If a child living in a low-income household grows up in an area where there is a regular exchange and relationship between people with different socioeconomic status, between rich and poor, it will be more likely that, when older, their economic level will increase. That is the main conclusion reached by Harvard University researcher Raj Chetty after analyzing data from 70 million Facebook users between the ages of 25 and 44 in the United States. The study is published today by the journal Nature.

Chetty has coined the term economic connectivity to measure the level of relationship between individuals with a high economic status and those with a lower one. This factor is one of the measures of the so-called social capital that most influences social mobility, the ability to climb the pyramid. Connectivity can influence aspirations, access to information and job opportunities. The study suggests that this factor could be more decisive for social mobility than racial segregation or income inequality. If a low-income child were to grow up in an area where economic connectivity was similar to that of high-status children, their median future earnings would increase by 20% on average.

Facebook gave Chetty the data of 21,000 million friendship relationships of its users for analysis

“We all know that the friends we make matter in the future,” says Esteban Moro, a researcher at Carlos III University and MIT (Massachusetts Institute of Technology) Connection Science. As he explains, this theory has always been difficult to measure because it was not known who the friends of the whole world were, “but it is the first time that social relationship data has been used at the individual level of so many people, of millions of people” . “They have proven that there is a huge correlation, which is a determining factor, although the conclusion is not that we all go out and make rich friends,” he adds. Facebook gave Chetty the data of 21,000 million friendship relationships of its users, anonymized, for his analysis.

In a second analysis, arising from these results, Raj Chetty and his collaborators set out to discover what factors determine that economic connectivity. As this Harvard economist and expert in social mobility explains, there are two fundamental variables: exposure and friendship biases. Exposure refers to the degree to which students, for example, have a certain closeness with people with a different economic status than their own. If they go to a school where there are only other children with potential, that exposure will be much lower (or zero) compared to a center where students with all kinds of purchasing power are mixed. The study concludes that this exposure determines 50% of economic connectivity and social disconnection.

The other 50% is determined by biases when it comes to making friends. This means that, although in a school the students come from families with different economic levels, children with high purchasing power may prefer to interact with their peers and not interact with others, and vice versa. In that case, even if there was no economic segregation in the school, since there was no interaction between them, there would be no economic connectivity either. In other words, for this connectivity to occur, there must necessarily be friendship and interaction between rich children and poor children, but, according to Moro, “unfortunately, even if you are exposed, you do not talk to people who are very different from you.” 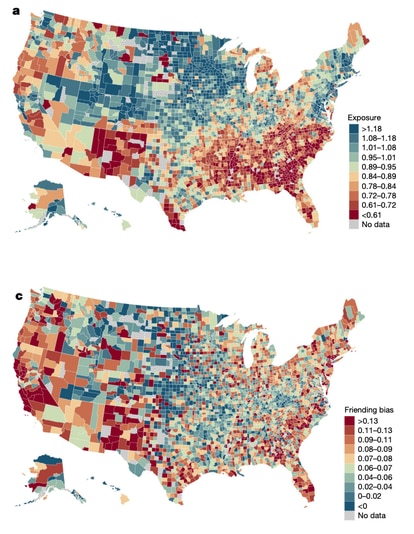 50% of economic connectivity is conditioned by exposure (map A) and the other 50% by biases in friendships (map C). Harvard University / Nature

That’s why Chetty advises regulators and lawmakers not to focus just on exposure or ending financially segregated schools, but to address friendship bias, as it’s just as important in ending disengagement. Social.

During his presentation of the study, Chetty provided some examples of schools that, in order to encourage friendly relations between students of different origins, create “beehives” or small groups where children must interact. The key lies in “how many of these exposures become friendships”, says Moro, who believes that “this is going to change the way we understand how social relationships can be important for individuals, for institutions and for societies. cities”.

“In the US there are regions with greater and lesser inequality and, however, the patterns are similar”

When raising the possibility that the conclusions would be different in a less unequal society than the United States, Professor Chetty indicates that he does not believe that great differences would be obtained when applying the same methodology in another place: “In the United States there are regions with greater and lesser inequality, and yet the patterns are similar.” In other words, the fact that these factors that impede economic connectivity do not disappear even in those with greater economic and social equality is in itself an example that it would not happen in other countries either.

“I think there is a universal part. In an egalitarian society, social capital should not be important, but it is,” adds Esteban Moro, who also acknowledges that in the US “it is probably a little more exacerbated.” He agrees that there is “a tendency (worldwide) to use friends because they are sources of trust”, and recalls that, in fact, Spain “is one of the places where more people get a job thanks to friendships” : half of the workers, according to 2015 data.

The study data only includes users between 25 and 44 years old, so it might seem that the sample is not entirely representative, but Chetty defends that it constitutes 84% ​​of the population in that age range: “It is a good place to start [la investigación de este asunto]”.

To perform this comprehensive analysis of big data, The group of researchers led by Professor Chetty compared each zip code, each institute and each university in the US thanks to data from Facebook. This information will be available to everyone from today on the website of Social Capital. Asked about the extrapolation of it to other countries such as Spain, Chetty refers to a database that has served to analyze similar issues, the Opportunity atlasa project of the Felipe González Foundation and the Cotec Foundation, which does not resort to social networks but to the State Tax Administration Agency.