Cristina Kirchner met with Sergio Massa in the Senate 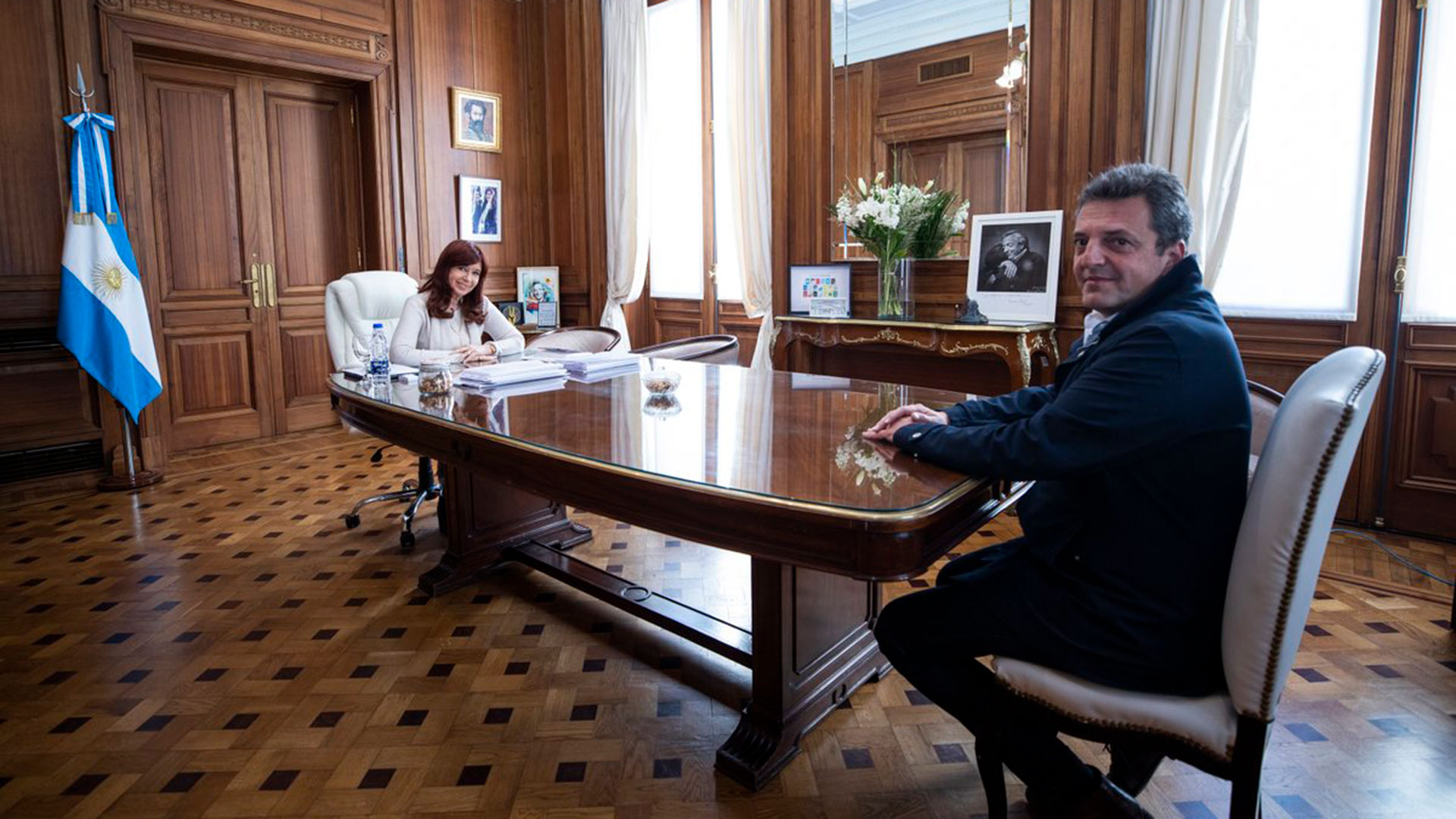 The photo of the political gesture that was missing

Prior to resigning his seat in the Chamber of Deputies and taking office as Minister of Economy, Development and Agriculture, Sergio Massa met with Cristina Kirchner in the Vice President’s office in the Senate.

In this way, the political gesture that was missing was made concrete and that reveals Cristina Kirchner’s support for the assumption of Massa as superminister, something that had not happened with Silvina Batakis.

“The president of the Senate Cristina Fernández de Kirchner today received the president of the Chamber of Deputies Sergio Massa, who will take office on Wednesday as the Nation’s Minister of Economy, Production and Agriculture,” the official account of the Upper House reported.

The meeting lasted approximately one hour and there Massa told Cristina Kirchner about the measures that she is evaluating together with her team and the objectives set for the trip that she will undertake at the end of August in search of financing and investments.

This Sunday, Massa cleared up all kinds of speculation and confirmed that tomorrow he will resign both the presidency and his seat in the Chamber of Deputies, places that Cecilia Moreau and Juan Marino will take, respectively. Subsequently, the swearing-in as minister of the three economic portfolios and the announcement of the first measures are scheduled for Wednesday.

For now, part of the team that will accompany Massa in his new functions has already begun to transcend. As Infobae learned, this afternoon he confirmed Raúl Rigo as Secretary of the Treasury and, in the afternoon, that Eduardo Setti, who had assumed with Silvina Batakis, will maintain the position of Secretary of Finance. In addition, the Vice President of the BCRA will be Lisandro Cleri and Leonardo Madcur the Chief of Advisors to the Ministry. Likewise, Daniel Marx, a history of debt renegotiation, returns to the Government: he will integrate the committee for the development of the capital market and monitoring of the public debt.

“I inform you that Raúl Rigo will be the Secretary of the Treasury. He will be accompanied by Jorge Domper as Undersecretary of Budget and Claudia Balestrini in charge of the Undersecretary of Public Revenue. The objective is to order and take care of public accounts, ”Massa communicated through her Twitter account.

“They and they, have the objective of strengthening the reserves, ensuring the financing of the Treasury and promoting the development of a national capital market”, they highlighted from the environment of the new Minister.

In parallel to the definitions of the economic team and the measures, Massa is planning a tour of the United States, which includes two stops: meetings with representatives of the International Monetary Fund (IMF) and the US Treasury in Washington and meetings with Wall Street investors. In New York.

In addition, he plans meetings with representatives of the Paris Club and a trip to Qatar to hold meetings with private investors. The entire tour would start between the third and fourth week of August.

Regarding his trip to the United States, the Argentine ambassador to that country, Jorge Argüello, has already started working on managing the meetings, while Massa maintains fluid contact with Juan González, Joe Biden’s security adviser for Latin America. The design of the trip is already underway.

In the Front of All they assume that the result of the action plan executed by Sergio Massa is key to the future of the management and the political force. If it generates positive effects, the national government will be able to survive and Peronism will renew its hopes of being competitive in next year’s presidential elections. Otherwise, the chances would be seriously affected.

Eduardo Setti will continue as Finance Secretary and Daniel Marx joins Massa’s economic team Changes in the Government and rise in rates: the reasons why the free dollar fell 20% in ten days