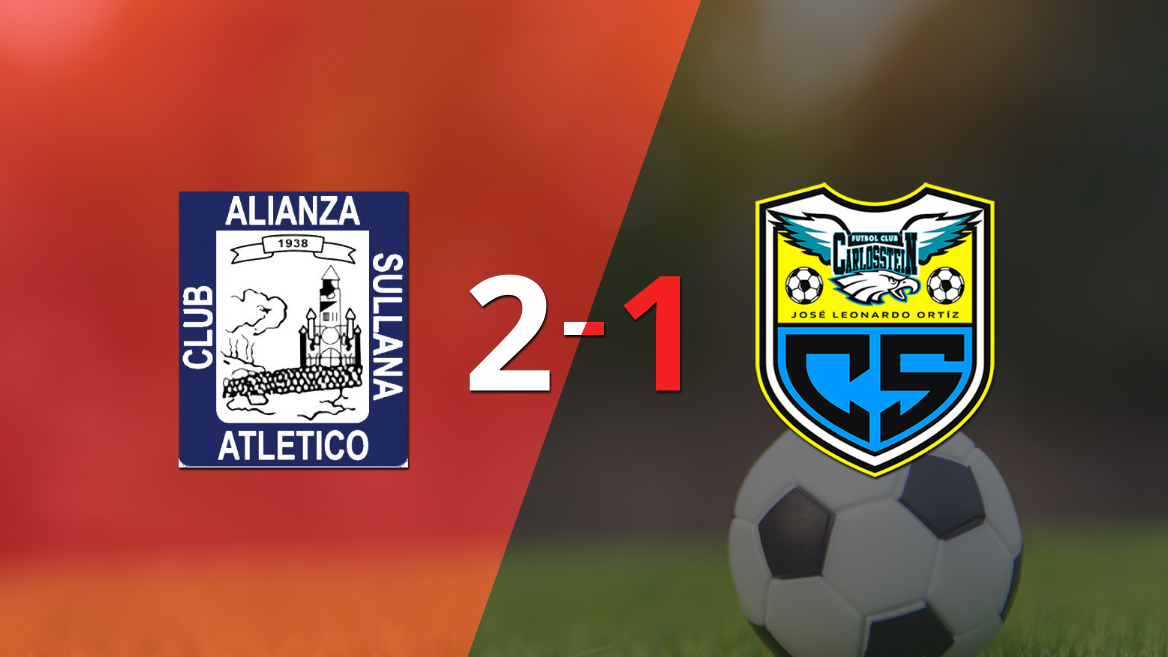 By the slightest difference, A. Atlético beat Carlos Stein this Sunday in the match corresponding to date 5 of the Peru – Liga 1 Betsson 2022 tournament. The goals of the match for the local team were scored by Adrián Fernández (22′ 1T) and Roger Torres (0′ 2T). While the away goal was made by Gabriel Leyes (40′ 1T).

A great play by Carlos Stein, 40 minutes into the first half, was the one that moved the scoreboard thanks to Gabriel Leyes. After a throw-in executed by Felipe Mesones, the forward executed a shot from the large area and the ball went into the goalkeeper’s left post.

Mario Viera Gil’s team created danger with a shot from Adrián Fernández, at 49 minutes of the second stage, which ended up hitting one of the posts.

The best player of the match was Roger Torres. The Alianza Atlético midfielder scored 1 goal and went for the opposite goal twice.

Gabriel Leyes also stood out at the Estadio La Union stadium. Carlos Stein’s attacker scored 1 goal and shot at the opposite goal 4 times.

The match was cut short due to the number of fouls committed by both teams. There were 2 cautioned: Brandon Palacios and Jeremy Canela.

The coach of A. Atlético, Mario Viera Gil, proposed a 4-3-3 formation with Diego Penny in goal; Aldair Perleche, Maximiliano Amondarain, Jonathan Bilbao and Joaquín Aguirre in the defensive line; Rafael Guarderas, Santiago Arias and Roger Torres in the middle; and Jeremy Canela, Adrián Fernández and Franco Zanelatto in attack.

For its part, Tabaré Silva’s team took the field with a 5-4-1 scheme with José Luis Lozada under the three sticks; Ronaldo Andía, José Canova, John Fajardo, Mathias Techera and Felipe Mesones in defense; Michael Sosa, Óscar Vílchez, Alessandro Moreno and Brandon Palacios in midfield; and Gabriel Leyes in the lead.

James Huamaní was the referee who directed the match at the Estadio La Union stadium.

A. Atlético’s next match in the championship will be away against U. San Martín, while Carlos Stein will host Carlos A. Mannucci.