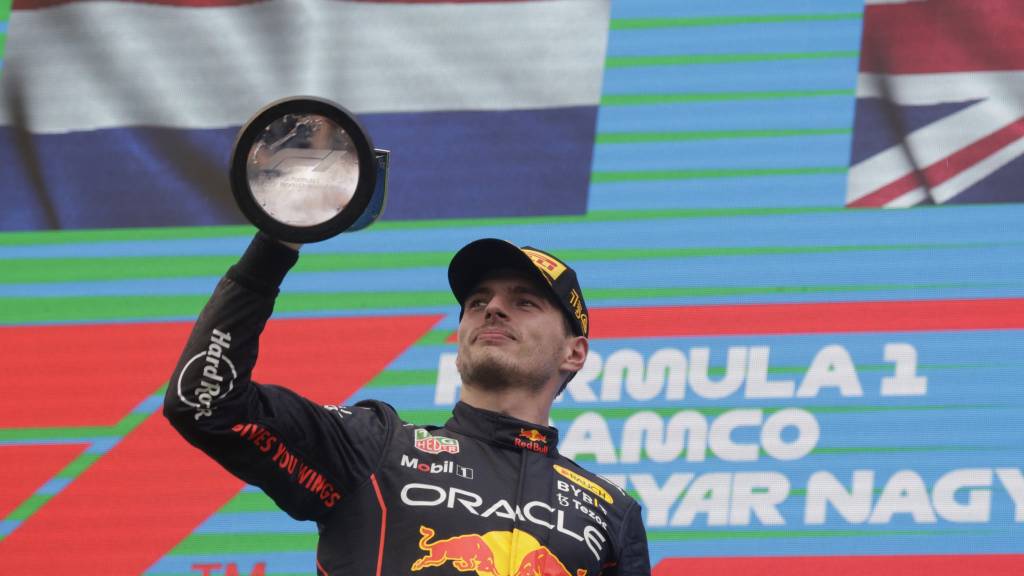 Max Verstappen has won the last Formula 1 race before the summer break and can go into recess with a good feeling. At the Hungaroring in Budapest, he managed to take the victory from tenth in a fascinating spectacle. It was his first victory in Hungary.

In the World Cup position, Verstappen, who also won last week in France, extended his large lead even more, bringing a second world title in a row closer and closer. He is now 80 points ahead of Leclerc, who crossed the finish line in sixth place.

Verstappen qualified tenth after a dramatic Saturday. Red Bull then chose to provide the Dutchman’s car, just like that of teammate Sergio Pérez, with a new engine.

The start, with George Russell on pole position for the first time, went well for Verstappen. Slowly he advanced into the field and after the first pit stops he found himself back in fourth position.

Russell battled for the lead with Charles Leclerc and had to pass the Monegask on lap 31. Leclerc managed to pass the Englishman on the outside of the straight in his third attempt. 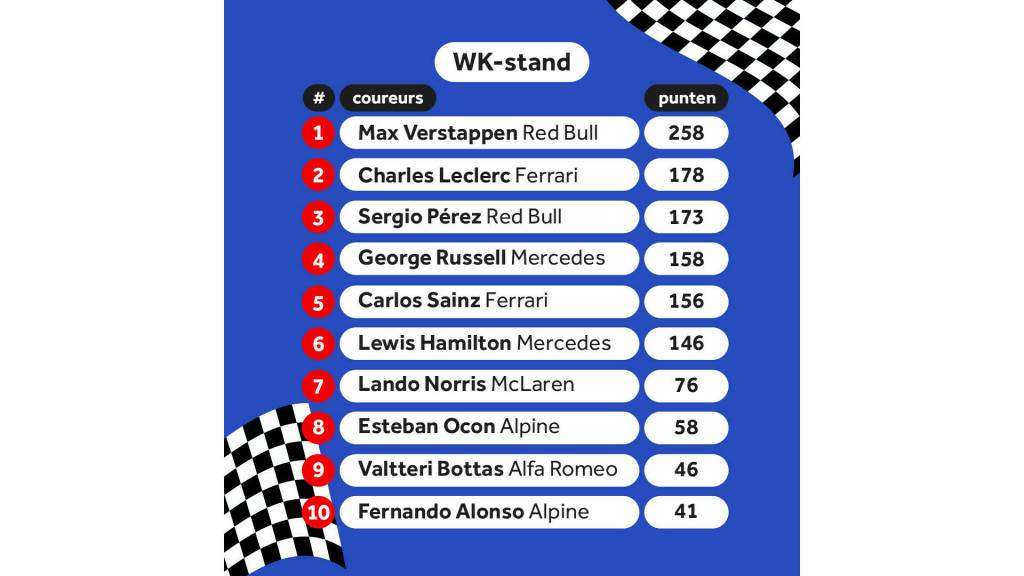 Verstappen continued on medium tires after a quick pit stop, passing Russell, Pérez (via team orders) and Leclerc in succession. Carlos Sainz and Lewis Hamilton drove before that, but had not yet entered the pits.

There was a moment of shock when Verstappen made a spin in turn 13. He lost a spot to Leclerc, but corrected the mistake a few laps later. After the pit stops of Sainz and Hamilton, the Dutchman took the lead.

Despite some rain here and there on the circuit, Verstappen did not give it away. Behind that, a fight broke out between Russell’s and Hamilton’s Mercedes, with Hamilton driving on the soft tire in favor.

Sainz and Pérez finished fourth and fifth respectively. Leclerc fell back to sixth place after a wrong strategy.

The drivers will return to the track at the end of August. After the battle in Belgium at Spa-Francorchamps, the Formula 1 circus will set up its tents in Zandvoort on September 2, 3 and 4.