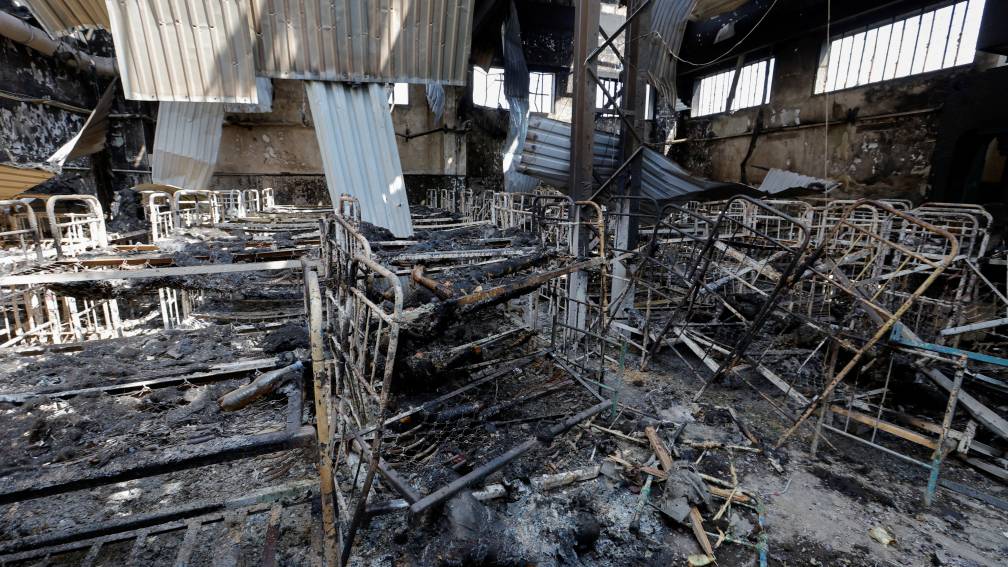 Ukraine’s human rights ombudsman wants access to the attacked camp for Ukrainian prisoners of war in Olenivka, in the eastern Ukraine’s Donetsk region. According to Ukraine and the European Union, Russia killed dozens of prisoners yesterday, which is a war crime.

The International Red Cross, which is active in the region in the evacuation of residents from war zones, has also requested access to the area. “Our priorities are to take care of all the injured and recover the dead prisoners.”

The ombudsman, Dmytro Lubinets, wants the bodies of the dead soldiers to be returned to the family. Lubinets says he is still waiting for a list of the dead prisoners. The detention camp included soldiers who previously defended the Azovstal complex in Mariupol. When the port city fell into Russian hands, they surrendered and were captured.

According to the leaders of the separatist administration of Donetsk, 53 prisoners of war have been killed. None of the Russian guards were reported to have died.

President Zelensky said last night that the attack on the camp shows that Russia is “the largest source of terrorism in the world”. He wants the United States to officially label Russia a “state sponsor of terrorism”, putting it on a par with Syria, Iran, North Korea and Cuba.

In Kiev today there was a protest where the same appeal was made:

Ukrainian Deputy Prime Minister Vereshchuk wants to evacuate all remaining residents of the part of the Donbas under Ukrainian control before the winter. Due to the constant fighting and the lack of electricity and gas supplies, the usually cold winter of eastern Ukraine becomes too dangerous for them, she says.

The Russian embassy in the United Kingdom has violated Twitter’s rules with a hateful tweet about surrendered defenders of the Azovstal complex. The embassy wrote this morning that they should be executed by hanging them. “They are not real soldiers. They deserve a humiliating death,” the tweet reads. Twitter has made the message invisible.

The criminal execution of prisoners of war is a war crime. The Third Geneva Convention, drawn up in 1949, stipulates that they must be treated humanely and with respect.

A spokesman for Ukraine’s foreign ministry said there is “no difference between Russian diplomats calling for the execution of prisoners of war and Russian troops actually carrying it out in Olenivka”. Both groups should be held accountable, he says.