The Government saved more than USD 200 million in gas imports by ship, through purchases of electricity from Brazil 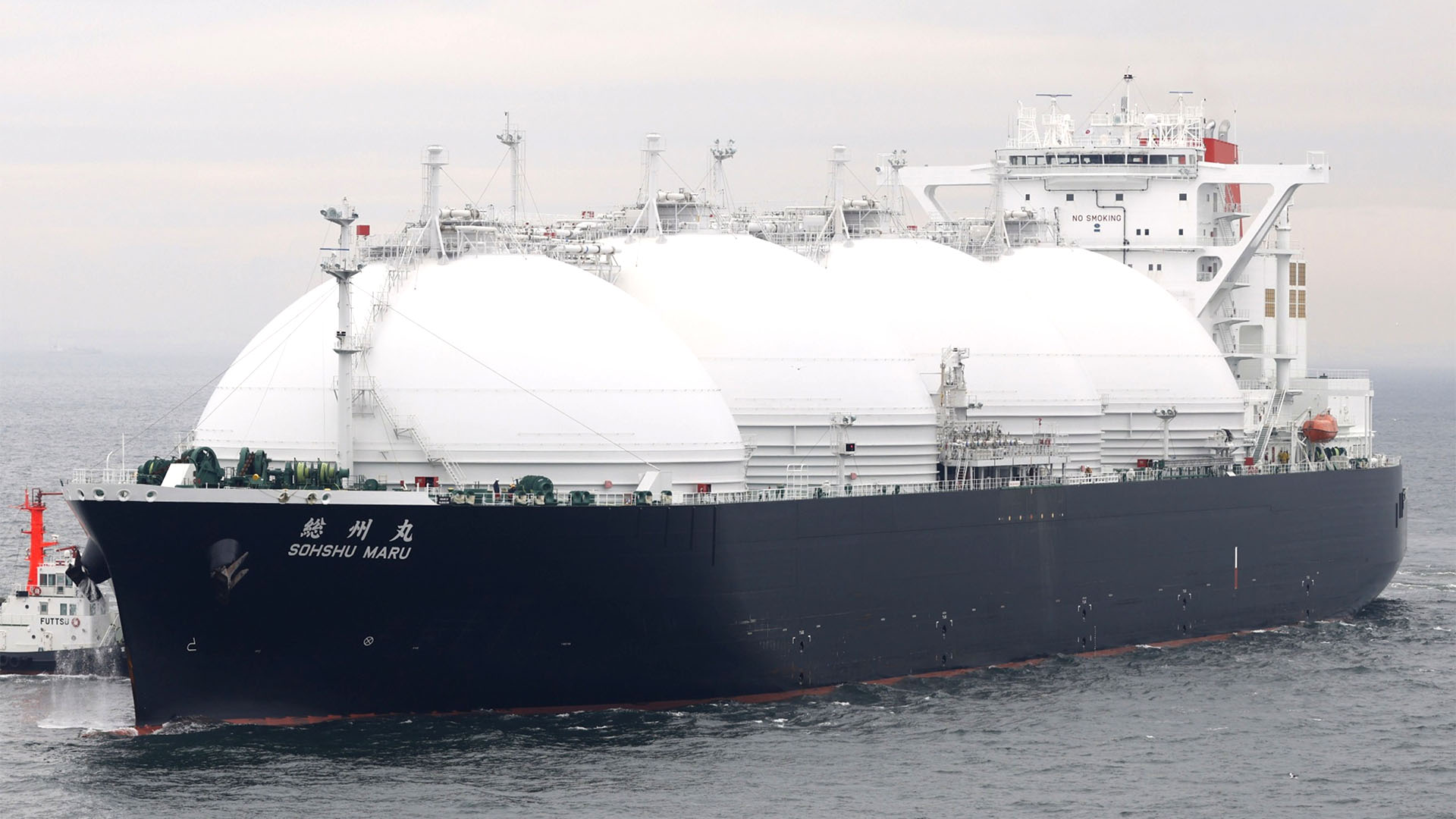 The mild temperatures in July, the larger purchases of electricity from Brazil and timely commercial management by the Secretary of Energy and Cammesa, the mixed company that manages the wholesale electricity market, allowed the Government to save more than USD 202 million in purchases of electricity. Liquefied Natural Gas (LNG), the gas that comes in methane tankers, liquefied at temperatures close to 160 degrees below zero, and is regasified in the ports of Bahía Blanca and Escobar before injecting into the national gas pipeline network.

First, it helped that July temperatures were higher than June and what was expected for the month. “Today (for this Saturday) is a good example, at the end of June an average temperature of 10.3 degrees (Celsius scale) was expected for July, but it is ending with an average of 12 degrees,” said Sebastián Bonetto. , general manager of Cammesa.

Last month had been one of the 5 coldest Junes in the last 80 years and it boded ill for July. However, Bonetto explained, in the second fortnight of the month the average was 13 degrees and in the last week even lows of 17 degrees were recorded.

This lowers the priority demand for gas, increases the availability for power plants and drops the demand for electricity. The climatic factor thus contributed to a lower demand for fuels in general: both LNG and Diesel and Fuel Oil, sources of much of the electricity generation. 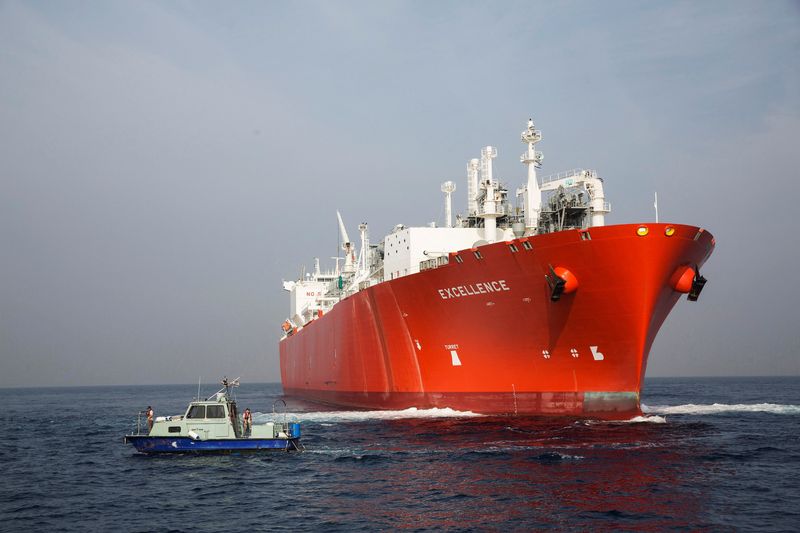 Another LNG carrier in the Mediterranean (REUTERS/Baz Ratner)

On the other hand, during July, Argentina imported more than 1,000 GigaWatts (GW) of electricity from Brazil at less than USD 100 per MegaWatt hour (MWh), which also saved 280,000 cubic meters of diesel, equivalent to five import ships of that liquid fuel.

The climatic factor and the prodigality and good price of the Brazilian electricity supply allowed the Secretary of Energy and Cammesa to capitalize on what Bonetto called “market opportunities”, rescheduling shipments and dispensing with 3 LNG loads that had already been tendered by Enarsa (Energía Argentina SA) for delivery in August, for a value of USD 156 million.

In addition, as due to the cut in the supply of Russian gas to the countries of the European Union, due to the economic consequences of the war in Ukraine, LNG is quoted in Europe at USD 42 per million BTU, against the average USD 24.4 to which the government had purchased the LNG cargoes in its most recent tender, the suppliers were able to redirect their offer by paying Argentina a “prize” of just over USD 46 million, with which the Government ended up saving USD 202 million in LNG concept.

Enarsa had bought at a very good price the LNG destined to supply the “priority demand” and power plants, which was covered with purchases from Brazil, which currently – Bonetto explained – has excess electricity and very competitive prices, less than USD 100 the megawatt hour. To gauge how good a price this value implies, Bonetto explained that if it is generated with Gasoil or Fuel Oil, the cost per MWh is more than USD 200, that is, more than double. The purchases of electricity from Brazil, by allowing liquid fuels to be saved, allowed Cammesa to reschedule, at a discount, the loading of 3 Gasoil ships and 2 Fuel Oil ships, whose dispatch passed from August to September. 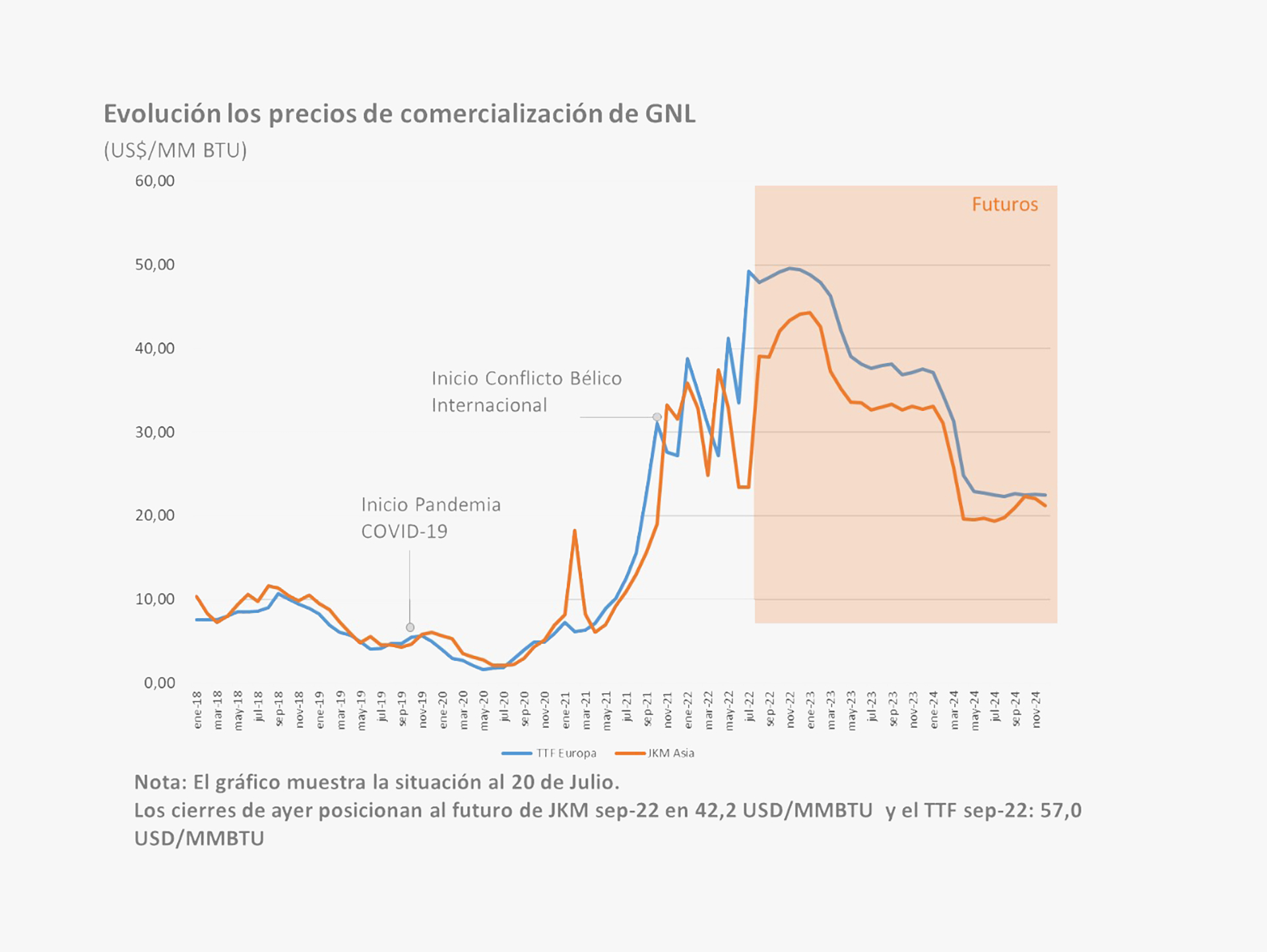 Bonetto also indicated that Bolivia is complying with the gas supply (at an average price of between USD 13 and 14 per million BTU) agreed in the most recent addendum to the original supply contract, signed in 2006. “Bolivia has a curve in the form of campaign: in the first months of the year it injected about 8 million cubic meters per day (Mm3d) and with the addendum it went to 14 Mm3d at least from June to September”, he highlighted.

And against the voices that warned of the decline in Bolivian gas production and the risk of non-compliance, Bonetto said, Bolivia is delivering between 1 and 1.5 Mm3d more gas than the established minimum, which for Argentina translates into less dependency on LNG supply.

“We are constantly looking for efficiency and generating savings, based on what is happening in Brazil, the world and climate issues. One degree more or less changes things a lot”, explained Bonetto. The Argentine electricity market, he emphasized, is huge. To dimension it, he pointed out that Uruguay consumes about 2,000 MW per day, little more than what Argentina imports per day from Brazil, in addition to the fact that it reached a daily record of 27,000 MW. “This marks an efficient and intelligent administration of resources,” concluded the official.

The challenges of superminister Sergio Massa, the economic “last bullet” of the government of Alberto FernándezWhy September 15 is the key date that will define a good part of Massa’s future in EconomicsSantiago Chamorro, regional president of General Motors: “We work with the entire sector to overcome the country’s restrictive difficulties”Inflation closed in July around 8% for consultants and points to 90% throughout the year