Social network without filters or likes, why is BeReal so popular? 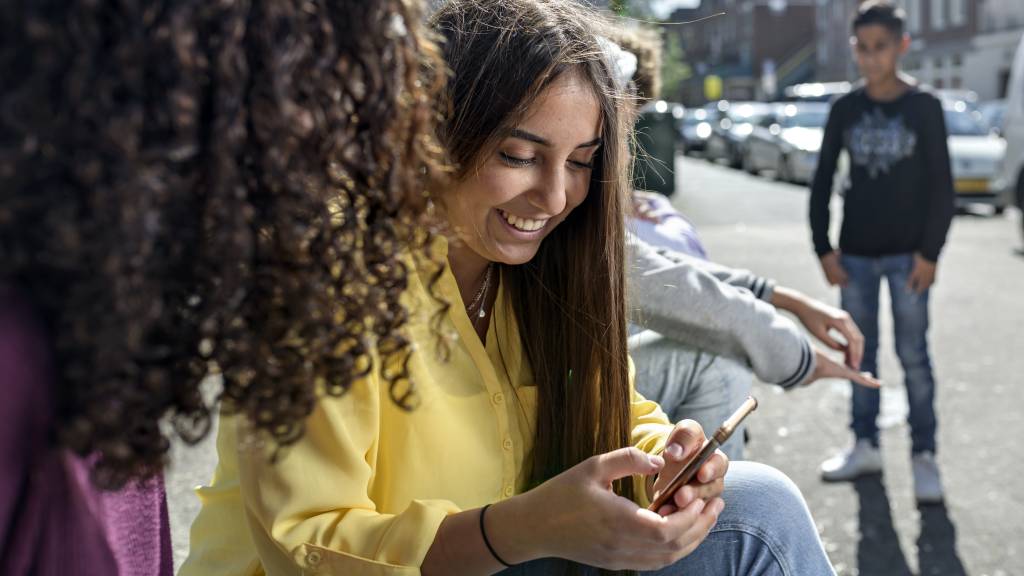 The social network BeReal is making progress in the Netherlands. The app has been downloaded nearly a million times in the past four months and is especially popular among young people. According to experts, the app, which the makers call an “anti-Instagram”, cleverly responds to “a societal need for smaller-scale and more authentic social media”.

On BeReal you will not find edited photos with a perfect composition and a nice filter. Users are notified once a day that it’s time to be real. You then have two minutes to take a photo and publish it on your profile. The time is different every day, but the same for every user. It is not possible to edit your snaps before sharing them with friends.

The makers of the app hope that the time limit will give you an authentic glimpse into your life and show you things you wouldn’t be so quick to post on other social media. You can also make a post after the first two minutes, but then it will clearly state that you were late.

This approach can produce special photos. User Nick (26) says that because of the unexpected time, he has sometimes made a BeReal in the toilet or in bed, watching a series. But that, according to him, is so nice about the app: “On other social media these days it is very much about the perfect picture, here you see real life.”

Figures from market researcher Sensor Tower show how the app has grown enormously in just a few months. Remarkable, because the app is not new. The first version of BeReal, which was developed by two French programmers, dates from January 2020. 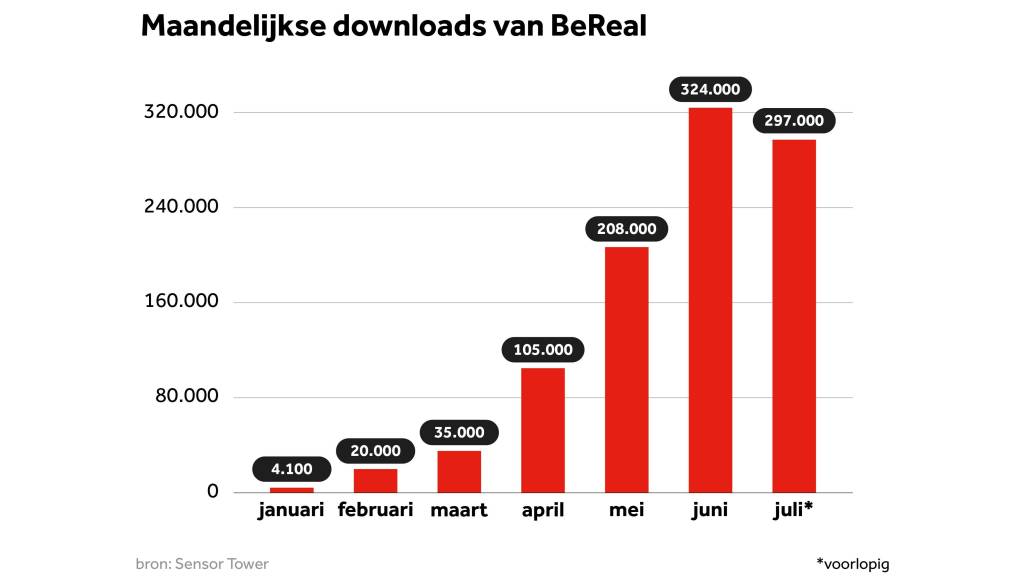 Pop culture expert Rabia Sitabi thinks the app is so successful now because it fits in with the zeitgeist. “After the pandemic, we can finally go outside again, we can travel. We have something to show again in our daily lives.”

And the fact that everyday life doesn’t have to look perfect has been a trend for some time, according to Sitabi. “The new generation of social media is all about showing yourself as unfiltered as possible. This was already the case with Snapchat, Instagram Stories and going live on TikTok, for example.”

Sitabi notices that among young people, the goal is no longer to have thousands of followers, but to be yourself online. “The new generation is very concerned with identity and is looking for places where they can share it semi-privately.”

‘It’s not about the likes’

According to new media expert Reinder Rustema, the strength of BeReal also lies in the limitations of the platform: you cannot upload more than one photo per day. “Scarcity works, that evokes desire. Twitter also became a success because it limits messages to a certain number of characters.” The use of BeReal also takes very little time due to the limited amount of photos. You can’t keep scrolling endlessly like on other apps.

User Sam (17) recognizes this: “On Instagram you have to scroll a long time to see your friends. On BeReal I only see the daily photos of the small circle that I have added.”

Rustema calls the new platform a response to the shortcomings of other social media: “Facebook is too public, Instagram is too much about attention-grabbing and Twitter is too rough”. Actually, according to him, BeReal goes back to the early days of social media. “You only share your posts with a small circle of people and it’s not about the likes, it’s about curiosity about the lives of your friends.”

It’s not often that a relatively new social network becomes so popular. The market is dominated by Whatsapp, Facebook, Instagram and TikTok. The success of BeReal is somewhat reminiscent of Clubhouse, the app that was a huge hype in 2020 but is now nowhere to be seen. The question is therefore whether the app can conquer a permanent place in the media landscape or whether it will disappear again soon.

Pop culture expert Sitabi doesn’t expect the app to have a long expiration date. According to her, BeReal responds to a need of the moment, but it will never be the new Instagram. “If your aunt has BeReal in a year, you won’t want it anymore.”