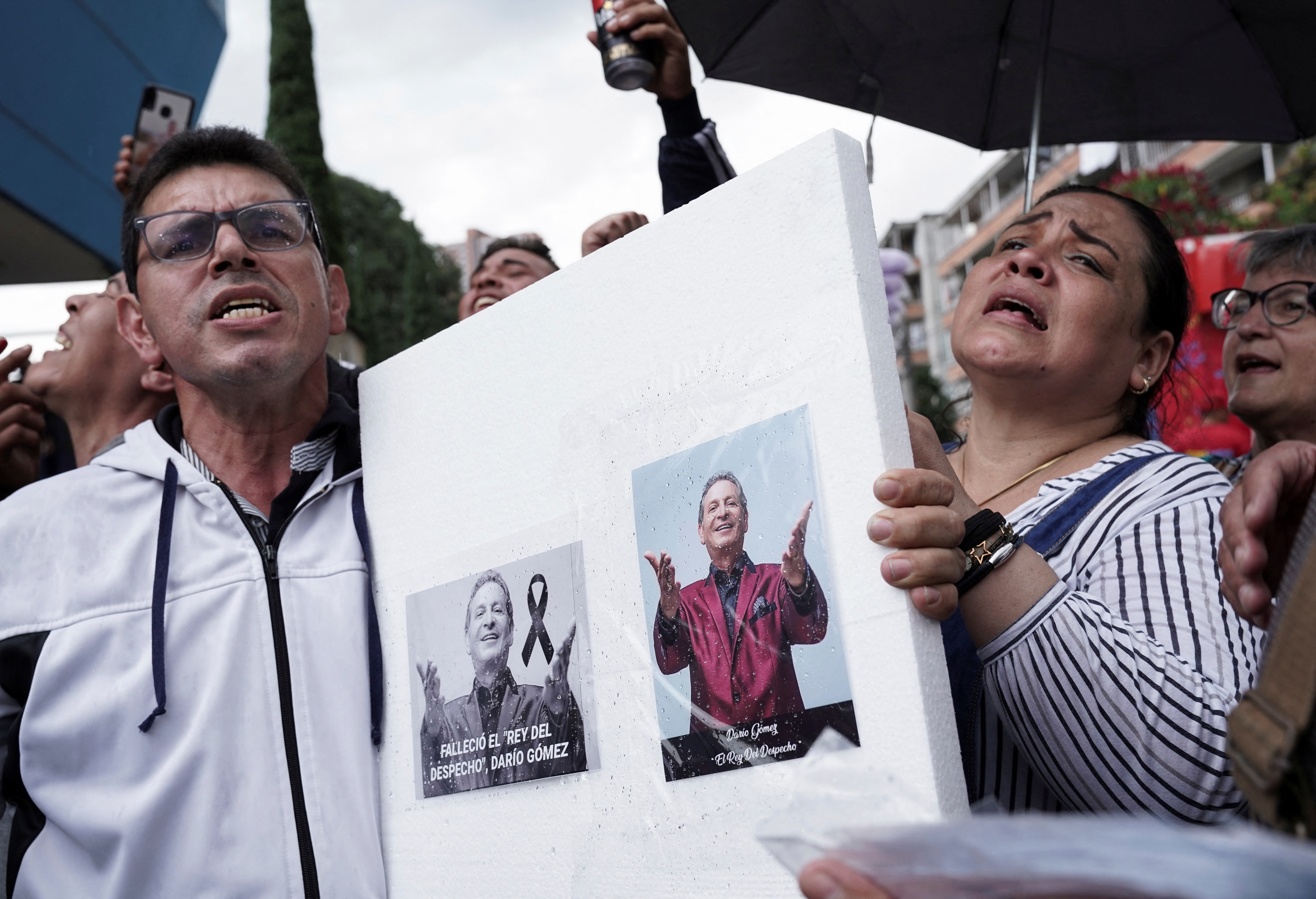 The fanatic insists on accompanying the king of spite to his final resting place, despite his family’s request for privacy. REUTERS/Chelo Camacho

Despite requests from the family of Darío Gómez to carry out a private burial ceremony in the Campos de Paz cemetery, in Medellín, there are reports of disturbances outside the pantheon where the body of the king of spite is being buried in the afternoon this Saturday, July 30.

Some fans of the cantina music singer, who died on July 26 at the age of 71, were seen trying to bypass the controls installed so that only his closest family and friends could access the cemetery. For this reason, units of the Mobile Anti-riot Squad (ESMAD) were forced to intervene with tear gas to dissipate the crowds.

Late Saturday afternoon, the last relatives have not been able to enter the place and his followers continue to play the artist’s hits outside the cemetery.

Darío Gómez, the Colombian singer, is the most searched death in the world on Google For the funeral of Darío Gómez there will be a special traffic operation this Saturday in Medellín