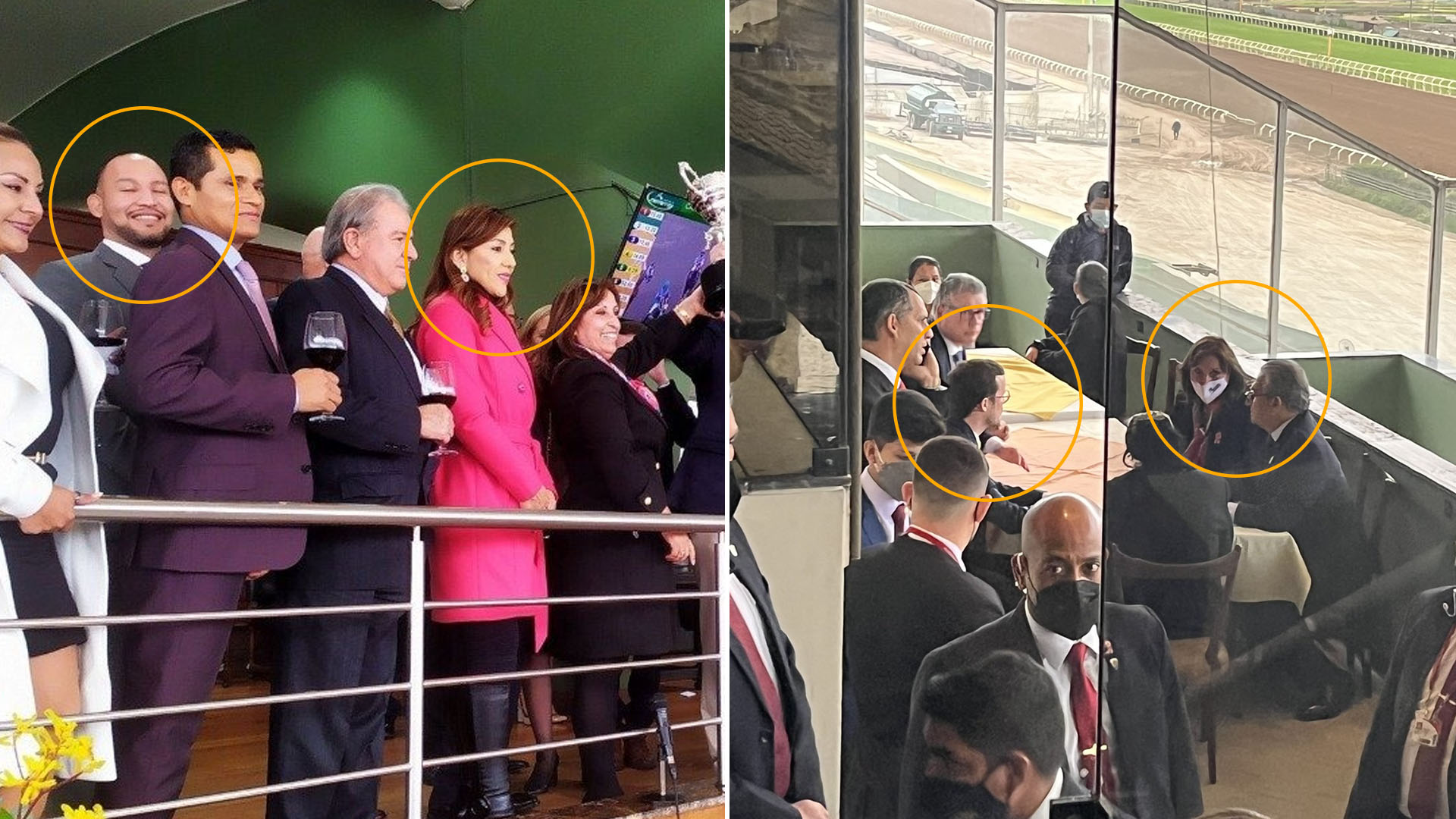 The Vice President of the Republic, Dina Boluarte, was captured at the Monterrico Racecourse, located in Surco, sharing with various congressmen, who were criticized on social networks for having this approach while The constitutional complaint of the also minister is being evaluated by the Parliament’s Subcommittee on Constitutional Accusations.

In one of the images released, the head of the Ministry of Development and Social Inclusion can be seen together with the president of the Legislature, Lady Camones, and the congressman for Renovación Popular, Alejandro Muñante, posing for a photo with what would be the trophy of the called Clásico Independencia on July 29, a traditional horse race carried out by National Holidays. 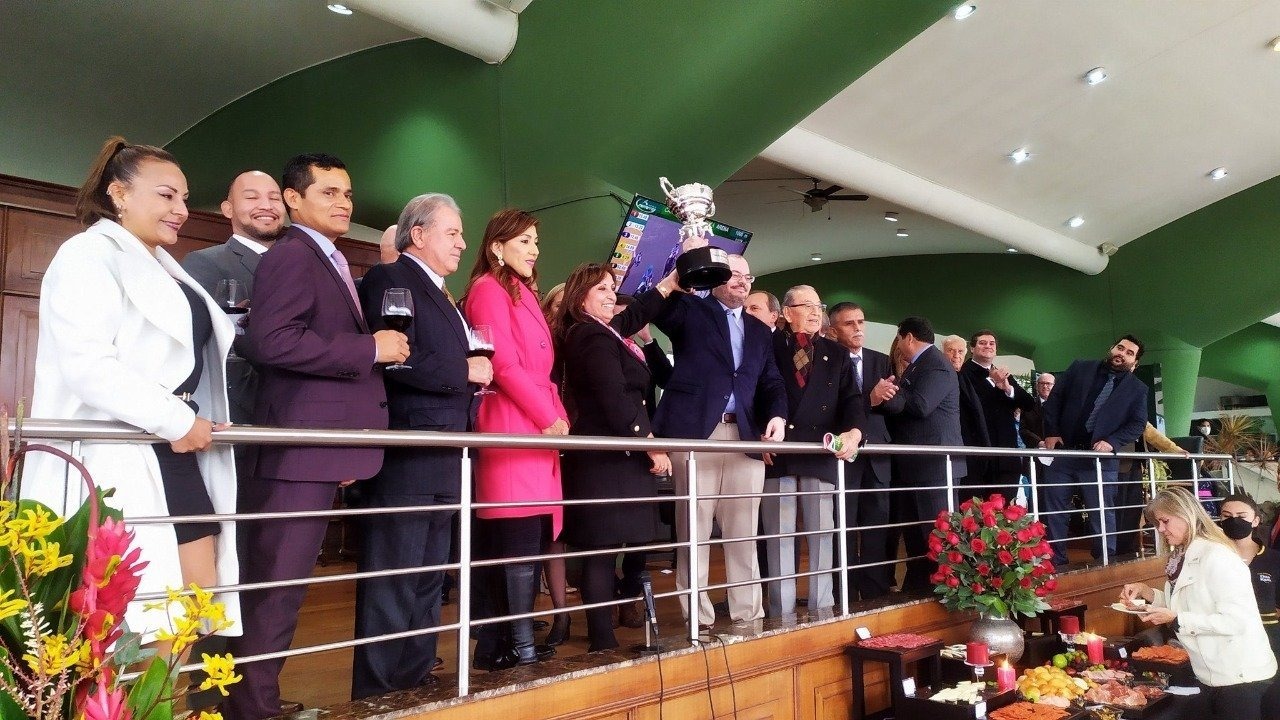 In his defense, Muñante justified said meeting by alleging that his opposition position is clear and his convictions remain despite the fact that he meets with members of the Executive.

“I also have photos with Anibal Torres and other ministers, and has that made me an official? Judge the votes and the positions, not the photos, because surely there will be more of the meetings or activities that we coincide. Even the criticism of being reasoned”, He made it clear on his Twitter account.

“I don’t decide who goes, I was a guest. I have already spoken about the disqualification, and I have said it in various ways: for much less we have disqualified (Martín) Vizcarra “he added.

Given the various criticisms he received on the aforementioned social network, the legislator began to respond to his detractors.

In another of the photographs, parliamentarians Alejandro Aguinaga, from Fuerza Popular, and Alejandro Cavero, from Avanza País, appear sitting at the same table with Boluarte. Cavero explained that he responded to the invitation made by Aguinaga to give a protocol greeting.

“Alejandro Aguinaga is president of the Jockey Club, he asked me to accompany him in a formal greeting, nothing more”, told the parliamentarian of Avanza País to Correo. In addition, he revealed that the first lady, Lilia Paredes, was also present at the appointment. He ruled out that any political issue was discussed. 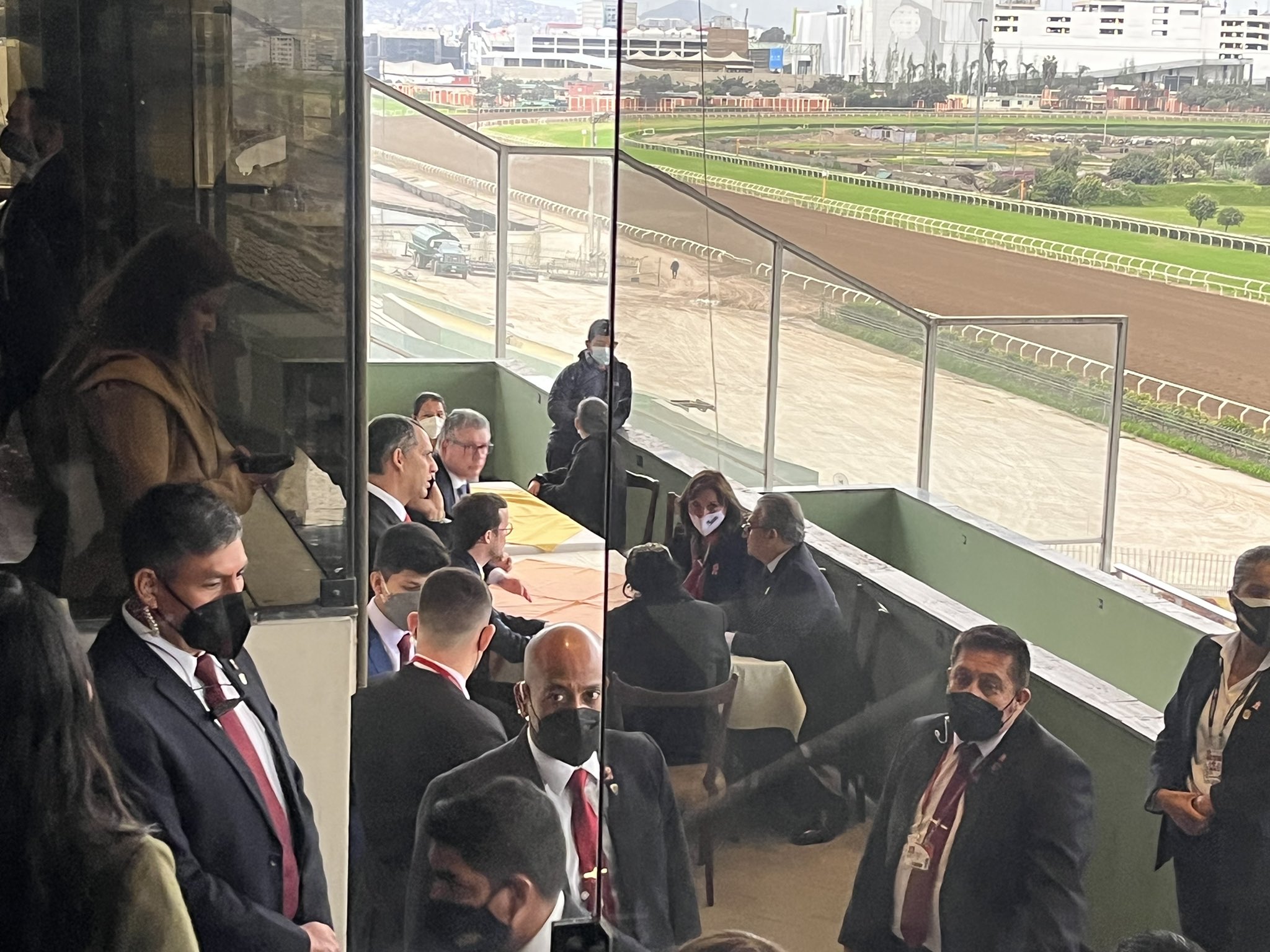 At another point in her visit to the Monterrico Racecourse, Dina Boluarte was rejected by the public who attended to enjoy the Clásico Independencia on July 29. According to a video broadcast on social networks, the spectators of the traditional competition booed and asked in unison that the Minister of Development and Social Inclusion be removed from the venue.

Dina Boluarte was rejected by the public that attended the Monterrico Racecourse | VIDEO: Twitter

Given the criticism received by President Pedro Castillo’s message to the Nation, Boluarte called for “a heightened debate in politics and the media.”

“Let us encourage the heightened debate of ideas in politics and in the press. Let us overcome the violence of words with democratic dialogue”, Boluarte wrote on his Twitter account.

Dina Boluarte suggests that she will assume the presidency in case Pedro Castillo leaves: “There is a mandate that the people have given us”“We are not leaving”: José Cueto seeks to get rid of Pedro Castillo and Dina Boluarte, but not of CongressDina Boluarte accused Mariano González of being irresponsible for generating a crisis without presenting evidence