COA: ‘If municipalities do not voluntarily offer asylum reception, coercion is the only option’ 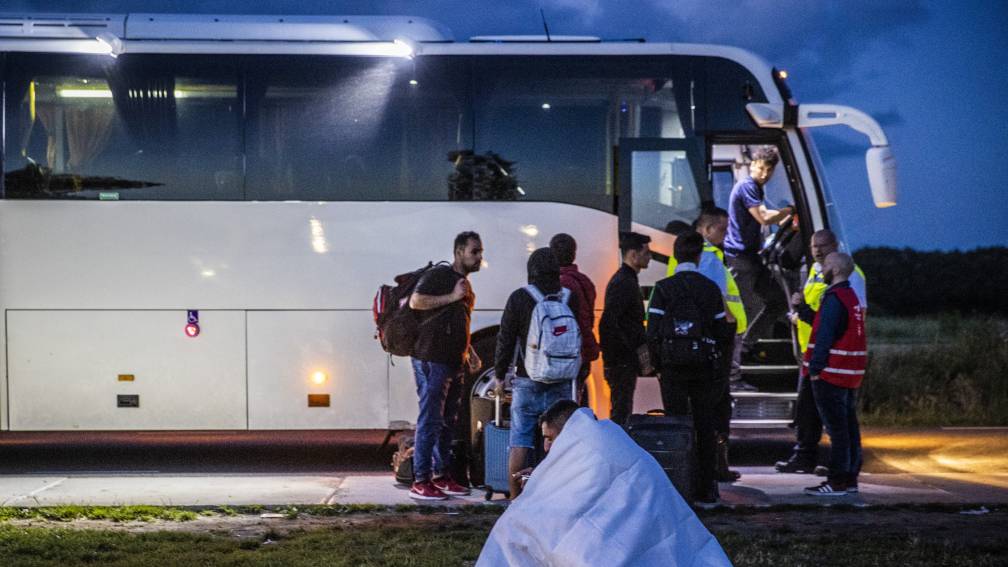 Too few places, too few staff, the reception of asylum seekers squeaks and creaks. According to the NRC, the Central Agency for the Reception of Asylum Seekers (COA) is even about to collapse due to the high pressure. It is a crisis, board member Joeri Kapteijns tells Nieuwsuur, and not enough municipalities are coming up with shelters. “If that is not done voluntarily, then I fear that coercion is the only option,” he says.

NRC reported this morning on the basis of its own investigation that the COA is “on the verge of collapse”. Many employees drop out in Ter Apel, and absenteeism is also high at other COA locations. In addition, there are about a thousand open vacancies.

“It’s a real crisis,” says Kapteijns. “You see that in Ter Apel. It has a huge impact on the asylum seekers there, and also on our employees. We cannot sustain that. We have already had a few days that the gate has to be closed, then people have to wait outside.”

We want stable locations in the Netherlands in various regions. Those locations should not close again and again, but remain open.

In Ter Apel, for that reason, people sometimes slept outside and on chairs in recent weeks. This could have been prevented this week, but that has not solved the crisis. Now 43,000 people are being accommodated with difficulty, COA expects to need 51,000 more places by the end of this year. “And certain contracts are still expiring,” says Kapteijns. “If they are not extended, we still need 14,000 places before the end of this year.”

State Secretary Van der Burg is working this summer on a so-called ‘compulsory law’, which will oblige municipalities in the Netherlands to receive asylum seekers. That law should come into effect on January 1, 2023.

Kapteijns hopes that municipalities will not wait for that. “Every day counts, everything that can be done sooner must come sooner. I hope the municipalities take their responsibility. We prefer it on a voluntary basis, but if that is not possible, I fear that coercion is the only option.”

Refugee work threatens to go to court on Monday to force the government to properly arrange reception. “That is because of the stalemate between the government and the municipalities. While people are lying in the grass, the two are in discussion. And then our only option is to go to court.”

Following the NRC article, two COA directors are sending an email to their employees today. The e-mail, which is in the hands of Nieuwsuur, states that the COA wants to show “through the media, among other things” that “we really want a different way of reception in the Netherlands”.

“There is a plan,” Kapteijns told Nieuwsuur. “That just has to be implemented. The plan is that stable locations will be created in the Netherlands in different regions. Those locations should not close again and again, but should remain open. If there are fewer asylum seekers at a time, we can also use them for other target groups. like students.”

NOS op 3 explains in this video how the problems in the asylum reception arose:

Why it is total chaos in Ter Apel