Bouterse on appeal December murders: exculpatory statements not in the file 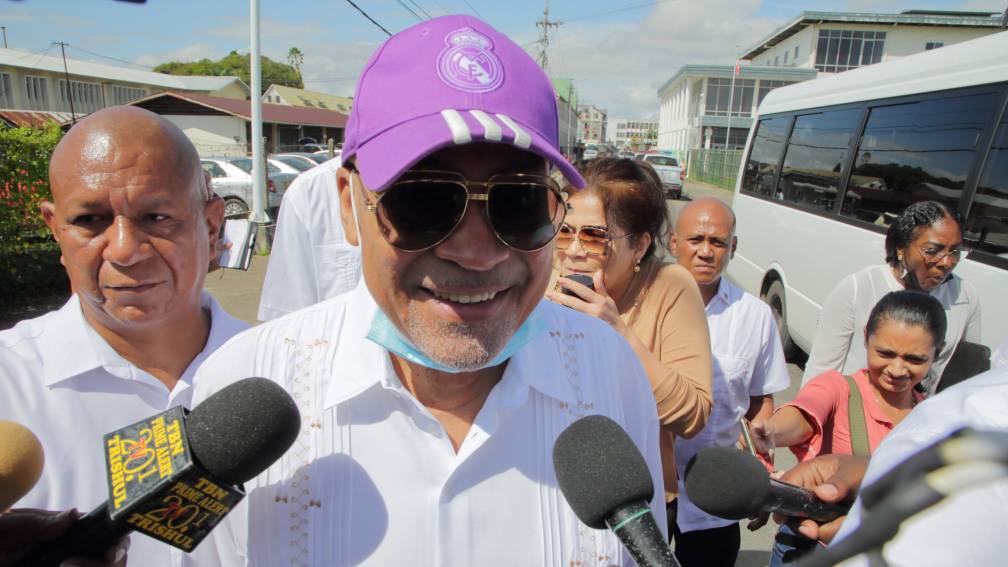 In the case of the December murders in Suriname, a number of exculpatory statements for Desi Bouterse were not taken into account in the verdict. Former president Bouterse himself stated this in the appeal in the case.

According to Bouterse, a number of exculpatory statements were not included in the judgment and were therefore not taken into account. He also denied premeditation in the murders: “Never was that the case. Of course it was a military organization, but the killing was never prepared.” Bouterse has always acknowledged that he is politically responsible. According to the former leader, the victims were planning a coup and were shot dead by soldiers while fleeing.

The December murders revolve around the murder of political opponents of the Bouterse regime in 1982. Bouterse was then commander of the Surinamese army. Fifteen people, including journalists, trade union leaders and lawyers, were shot dead in Fort Zeelandia on the night of December 7-8. According to the regime, they were attempting a counter-coup.

The criminal case for the December murders started in 2007. There were 25 suspects at the time. Seven suspects were convicted, twelve were acquitted and six died during the trial. Bouterse is the prime suspect.

Crown witness Ruben Rozendaal plays an important role in the lawsuit. As a soldier, he was directly involved in Bouterse’s coup and was on his side for many years; in 2010, Rozendaal testified in favor of the former president. Two years later, however, he stated that Bouterse himself had shot and killed two of the victims.

Bouterse questioned the reliability of that statement in court today. Rozendaal, who was also a suspect in the December murder case, was sentenced to ten years in prison in 2017. He has always denied involvement in the murders. Rozendaal cannot be heard again; a month after hearing the claim against him, he committed suicide.

Bouterse’s lawyer, Irvin Kanhai, received permission from the court to interview three witnesses. One of them is Harvey Naarendorp. He was an adviser to Bouterse and Minister of Foreign Affairs under his rule. The second witness is John Hardjoprajitno, a former soldier and member of the ‘Group of 16’, the group of people who committed the coup together with Bouterse. The third person is someone from the people’s militia whose identity has not been released.

Kanhai also represents the four other defendants in the appealed case. The witnesses will be heard on August 17; then the next hearing will be on the appeal.

“It is special that Bouterse himself came today, he did not appear once during his twelve-year trial. At the same time, this is the appeal that he has lodged himself, so he has an interest in explaining why he is appealing. went.

You often see in the Bouterse case that the next hearing is two months later. But with the new date of August 17, it seems that the Court now wants to deal with it quickly.”