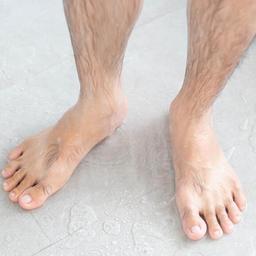 Users of public swimming pools and sports halls in the German city of Hanover will soon only be able to take a cold shower. The city council has taken this measure, among other things, in an attempt to reduce energy consumption.

“Every kilowatt hour counts,” says Hanover mayor, Belit Onay. “The current energy crisis is unpredictable.” In other places in Germany, lighting is switched off at monuments, among other things.

The mayor says the priority is to “protect critical infrastructure”. In all public buildings in Hanover, the thermostat must remain completely switched off until 1 October as a precaution. After that date, a maximum temperature of 20 degrees applies. An exception has been made for schools, hospitals and retirement centers.

With the measures, Hanover hopes to save about 15 percent energy, in line with the plans of the European Union. The 27 EU countries on Tuesday agreed to plans to prevent households, important companies and hospitals from being without heating this winter.

In Berlin, some 200 floodlights that usually illuminate monuments were turned off on Wednesday. “Due to the war in Ukraine and Russian threats, it is important that we use our energy as carefully as possible,” said a spokesman for the city council. Previously, the temperature of heated outdoor pools was lowered by two degrees.

German Economy Minister Robert Habeck said on Thursday that the amount that consumers will pay for energy could be higher than previously expected. This is to prevent energy companies from going bankrupt.

“We can’t say yet how much gas will cost in November, but the bitter news is that this will probably be a few hundred euros per household,” said Habeck, who called the challenges his country faces “huge”.

Before the war, Germany was dependent on Russian gas for much of its energy. To get through the winter, gas reserves must be 95 percent filled by November. At the moment, Germany has filled the surcharges for just under 67 percent. Part of the gas is also used in Germany to generate electricity.