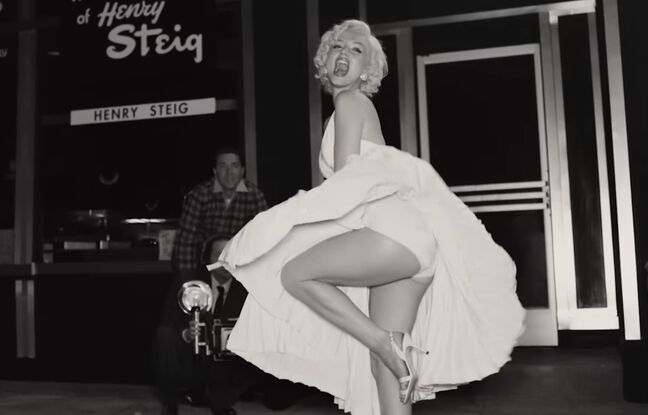 This will probably be Netflix’s back-to-school event. On September 28, the streaming platform will upload Blonde, her biopic dedicated to Marilyn Monroe. Directed by Andrew Dominik, whose first feature film for ten years, the film is the adaptation of Joyce Carol Oates’ novel on the life of the American actress and singer.

“Things that will offend everyone”

Prohibited for children under 17 in the United States, the feature film “contains things that will offend everyone, in the words of its director in an interview with Vulture. The film does not portray happy sexuality. It depicts ambiguous situations. Simply put, it’s about a child who was unwanted and then became the most wanted person in the world. She couldn’t handle it all.”

The synopsis for Blonde, meanwhile, promises to trace the life of Marilyn Monroe, from her tumultuous childhood to her meteoric rise and complex love affairs. A time envisaged during the Cannes Film Festival, the presentation of the film will finally take place during the Venice Film Festival.