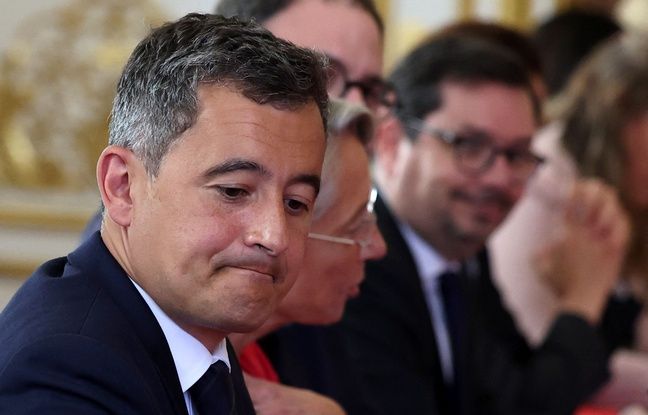 This Thursday, Gérald Darmanin announced the upcoming expulsion of a Muslim preacher from the North, Hassan Iquioussen. He is reputed to be close to the Muslim Brotherhood, for calls for hatred and violence against the Jewish community in particular.

In a tweet, the Minister of the Interior argued that this expulsion was justified by the fact that “this preacher has for years held a hate speech against the values ​​​​of France contrary to our principles of secularism and equality between women and men”. “He will be expelled from French territory,” wrote Gérald Darmanin.

“Today, I am accused of making discriminatory or even violent remarks, which I strongly contest. I trust justice and my advice to cancel this deportation procedure, ”responded Hassan Iquioussen in a post on his Facebook page.

This 57-year-old Islamic preacher is very active on social networks, notably with a YouTube channel followed by 169,000 people and a Facebook page with 42,000 subscribers. Hassan Iquioussen had been accused, in 2004, of anti-Semitic remarks by the Crif (Representative Council of Jewish Institutions of France) which was moved by the former UOIF (Union of Islamic Organizations of France) which has since become “Muslims of France » .

Living in Lourches, near Valenciennes, Hassan Iquioussen had continued to hold, according to the elements collected by the prefecture of the North, speeches “hate towards the values ​​of the Republic including secularism” and “equality between women and men “, and to develop” anti-Semitic theses “. He is also accused of inciting “a form of separatism” and of fueling “conspiracy theses around Islamophobia”.

An expulsion under the 2021 anti-separatism law

On June 22, the departmental commission for the expulsion of foreigners gave a favorable opinion on his expulsion, the Interior Ministry told AFP on Thursday, confirming information from Le Point. The expulsion order “will be taken in the next few hours”, the same source added.

The expulsion of this preacher, father of 5 adult children, was not possible before the law fighting against separatism, promulgated in August 2021.

Born in France, he had French nationality until it was withdrawn at his majority. Of Moroccan nationality since then, he had then benefited from residence permits. It was thanks to a request for renewal this winter of his ten-year residence permit, which was about to expire, that the French authorities decided to use the law of August 2021.