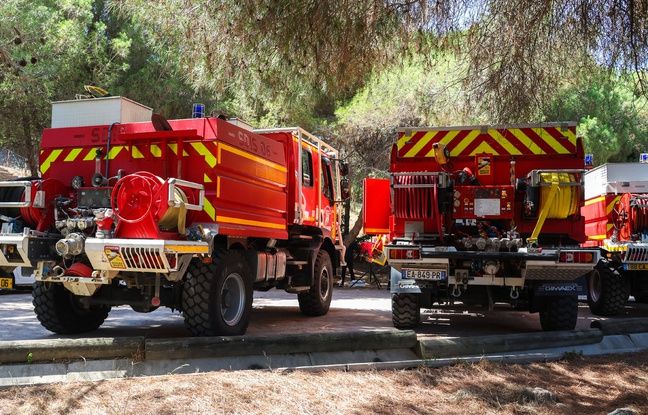 The risks involved – 15 years in prison and a fine of 150,000 euros – should have lowered his “adrenaline”. A volunteer firefighter from Hérault admitted to the gendarmes of the Lodève research brigade that he was the author of several fires. The reason that led him to “use a lighter on the outbreaks of fire observed on May 26 in Saint-Privat, on July 21 in Saint-Jean-de-la-Blaquière, as well as on the four of the night of July 26 to 27 in the same town”, was a rush of adrenaline that the fires caused and a need for “social recognition”, said Thursday the Montpellier prosecutor, Fabrice Bélargent, in a press release.

The prosecutor once again clarified that the man was not implicated in the major fire which burned 800 hectares on Tuesday around Gignac, also in Hérault, which is the subject of a separate judicial investigation. favoring “the criminal hypothesis”.

The man, who exercises the profession of forester-sapper, in addition to being a volunteer firefighter, on the other hand also indicated that he was the author of “several fires lit in the last three years” in Saint-Jean-de-la-Blaquière , where he lives and where he is a member of the municipal council, added Fabrice Bélargent, who did not reveal his identity.

“Asked about the motive for his actions, he stated that he had acted in this way in order to provoke the intervention of the fire brigade in order to extract himself from an oppressive family environment or even because of the excitement that the interventions caused in him – adrenaline – on his own terms, ”said the prosecutor, mentioning the presentation of the suspect to the prosecution in the afternoon. This “will require the remand in custody of the accused”.

“The procedure will be the subject of the opening of a judicial investigation on the part of the destruction of forests, moors, maquis or plantations of others which have taken place under conditions likely to expose people to bodily injury”, continues the press release. .