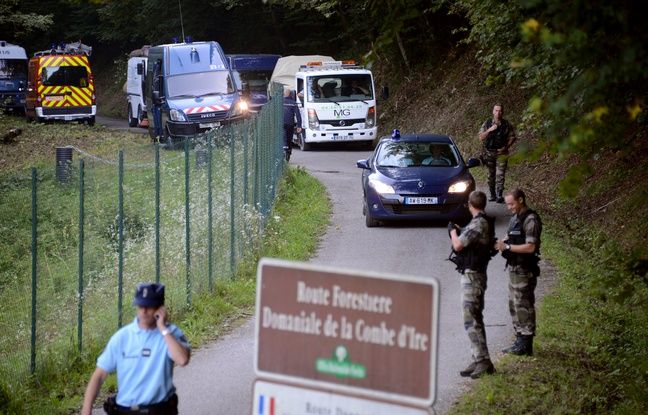 For almost ten years, the Chevaline massacre has remained a mystery. Who could have killed Saad al-Hilli, a 50-year-old Briton of Iraqi origin, his 47-year-old wife and 74-year-old mother-in-law, as well as Sylvain Mollier, a 45-year-old cyclist, on a country road? , not far from Lake Annecy? Since September 5, 2012, the examining magistrates of Annecy have, in turn, exploited dozens of leads which, to date, have not made it possible to find the perpetrator. As announced by The Parisianthe file could now officially become a “cold case” and join the new center of the Nanterre court dedicated to serial crimes and unsolved cases.

“I confirm to you that I have taken requisitions in this direction”, indicates to 20 Minutes Line Bonnet, the prosecutor of Annecy, who awaits a return for “early August” from the Nanterre investigating judge, about this request. Why did the magistrate, who arrived at the Annecy prosecutor’s office last September, make this decision? Last February, in an interview with the Geneva Grandstandshe displayed her optimism, however, explaining that the file was “not very far” from succeeding.

It is a question, she replies, of making this mysterious affair benefit from the “strengthening of the means dedicated to the Nanterre pole”. From the start of the school year, three magistrates from this specialized centre, created in March and installed at the Nanterre judicial court (Hauts-de-Seine), will take over cases with particular complexity. The rule, for them, is to select cases whose perpetrators have not been identified eighteen months after the events, or who may have committed several crimes. They are also aimed at cases involving international issues or requiring a high level of technicality and expertise. Will the Chevaline case be part of it?

In May, a hundred files were already being analyzed, including seven entrusted to Sabine Kheris, the examining magistrate who will be at the head of the “cold case” pole. Former dean of the investigating judges at the Paris court, now first vice-president of the pole in Nanterre, the magistrate is known for having succeeded in making the serial killer Michel Fourniret confess to his role in the death of Estelle Mouzin.

The three investigating judges of the pole will re-examine all the files “with their own eyes”, explained the president of the court of Nanterre, Catherine Pautrat during a press conference. They will rely on innovative investigative techniques such as “the mental map”, “a physical projection on the time scale of the criminal case”.

With the help of these reinforced means, will they be able to identify the perpetrator of the atrocious crime whose motive remains, ten years later, still as nebulous as ever? The only two survivors are the couple’s two little girls. One of them had been shot in the shoulder and beaten with a butt while her sister hid between the legs of her dead mother and grandmother and was miraculously found unharmed.

The murder weapon was never found but was identified. It is a Luger P06 automatic pistol, made in Switzerland and used until the 1960s. In other words, a collector’s weapon. The gendarmes of the research section have followed several leads: family dispute, settling of scores against a background of industrial espionage… But it is ultimately the local track that they have favored for seven years, without it succeeding.

Psychological sketch of the killer

According The Parisian, the investigating judges of the “cold case” pole will be able to rely on a psychological robot portrait of the killer, produced in July 2020 by a British “profiler”. For the expert, the author is “probably” a man, “between 30 and 40 years old” who would be “unemployed or in an unskilled job”. A “former soldier” or a firearms enthusiast – a collector, a hunter, or a shooting club practitioner – who could live “alone”, and who would have premeditated his action. “Important psychological clues deduced from the crime scene and subsequent investigations indicate that the author planned to kill several people in the parking lot of Combe d’Ire and had planned to flee,” she said, emphasizing that it was “unlikely that the parking lot was chosen at random”.

However, the profiler believes that “the author had no connection with the victims and that he was unaware of their arrival in the parking lot at that time”. The al-Hilli family and Sylvain Mollier could have been killed by “someone from the area”, suffering from “paranoia”, who could have been “commanded by voices” or animated by racist impulses. The assassin may have been the subject of psychiatric treatment in his youth, after having been the victim of “abuse, [de] mistreatment or a blow to the head”. The report of the British profiler was considered so interesting by the investigators that they decided, according to Le Parisien, to go in search of a man whose profile corresponded to the composite portrait drawn.