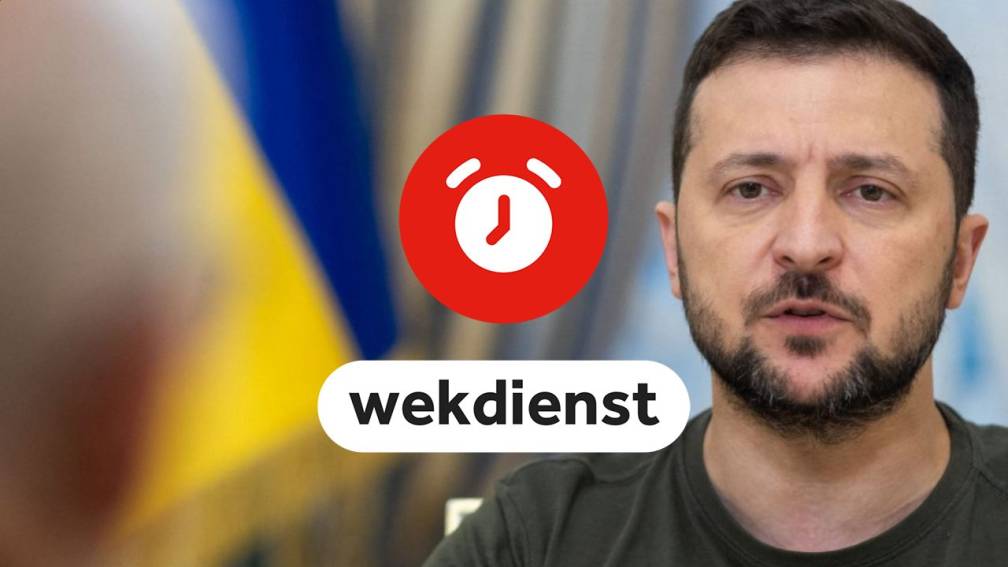 Good morning! Today the Ukrainian ambassador receives an award for President Zelensky. And the first semi-final will be played at the European Football Championship in England.

Prefer to listen to the wake-up call? You can do that here.

First the weather: locally a shower in the east and south. More sun from the west this afternoon. There will be a moderate northwest wind and it will be 19 to 22 degrees. It will be dry for the next few days. There are periods of sunshine and the temperature rises gradually.

President Zelensky of Ukraine receives the first Dutch Independence Award. The award is intended for people fighting for independence and is received by the Ukrainian ambassador. It is not without reason that the award ceremony is today: on 26 July 1581, the Plakkaat van Verlatinghe was signed, a declaration by which the Netherlands declared itself independent from Spain. The International Monetary Fund comes with new forecasts for the world economy. They are probably not very positive. At the beginning of this month, IMF top woman Georgieva already wrote that the prospects had become “considerably bleaker”. The first semi-final is scheduled for the European Football Championship in England. In it, the home country plays against Sweden under the leadership of national coach Sarina Wiegman. The match can be seen live from 9 p.m. on NOS.nl, in the NOS app and on NPO 1.

British prime minister candidates Sunak and Truss have clashed over their tax plans and British government spending in a TV debate over Boris Johnson’s succession. It was the first TV debate hosted by the BBC.

The fierce debate underlines the deep division within the Conservative Party over the succession of Johnson, who announced his departure earlier this month under great pressure. Internally, it is feared that Labor in particular will benefit from the leadership election. About 200,000 members across the country are allowed to vote by mail.

Police in the Czech Republic are using a seized Ferrari 458 Italia to chase speed demons. The car was taken from criminals and stickered in the colors of the police force. Converting it into a police car cost the equivalent of 14,000 euros. Still cheaper than a new Skoda, police say.