The Amsterdam universities and the Amsterdam University of Applied Sciences (AUAS) do not hesitate to resume board grants for the Amsterdam student body ASC/AVSV. The educational institutions announced this on Tuesday after reporting about misogynistic speeches.By: Lennart ‘t Hart and Robbert Blokland

The University of Amsterdam (UvA), the Free University (VU) and the HvA withdrew all grants in September 2021 due to excesses during the initiation period. The corps would no longer receive grants worth around 15,000 euros for at least one year.

It has yet to be decided when the markets may resume. “But this incident certainly does not help to adjust our position on this,” said UvA spokesperson Yasha Lange on behalf of the three institutions.

Earlier on Tuesday, it appeared that several female (and some male) members of ASC/AVSV feel unsafe because of sexist speeches by four male members. “We were promised that work would be done on a culture change. This is not yet evidence of that,” said the spokesman. “We consider this a very serious incident.” 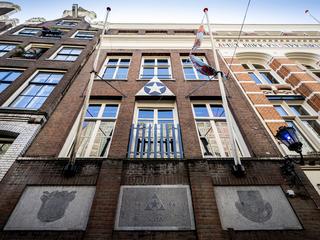 An internal letter in which the women express their concerns was signed by 273 female and some male members of the corps. The letter is in the hands of NU.nl. The top of the association has an investigation carried out, after which sanctions may follow for the four.

The ASC/AVSV had a so-called ‘gentlemen’s dinner’ on Sunday at the NDSM wharf in Amsterdam. The dinner is part of a multi-day lustrum. Four leading male members gave speeches there, which the women said were “downright insulting, shameful and sad” in nature. There were only men in the room.

One of the men is said to have said that “women are nothing more than whores”. Another allegedly proclaimed that “men will break women’s necks to put their dicks in”. He is also said to have called women “sperm buckets”. A video of one of the speeches is circulating on the internet. In the video, the audience can also be heard chanting “whore”.

The women also write, among other things, that they are “done with sexism” within the association. The Senate of the Corps has launched an internal inquiry into all speakers. “This may lead to sanctions, including suspension or termination of membership.” The speaking men would hold important positions within ASC/AVSV

According to the VvR, a lot of work has been done in the past year on a culture change within ASC/AVSV “We know that a change in behavior takes years, that years of ingrained customs and habits do not just disappear, even when there is a need to do so. We have to get rid of these unsafe culture, also because this ultimately kills our association.”

The board of the VvR also finds it “hopeful” that on Monday about four hundred members – mainly women – sent a letter to the rector of ASC/AVSV to express their dissatisfaction.

Aspiring members were injured during hazing

As a result, some aspiring members suffered physical injuries. This left them with bruises and wounds or they could no longer walk properly. 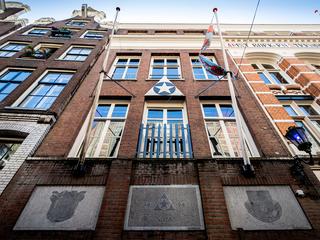 See alsoAmsterdam corps loses board grants after incidents during hazing