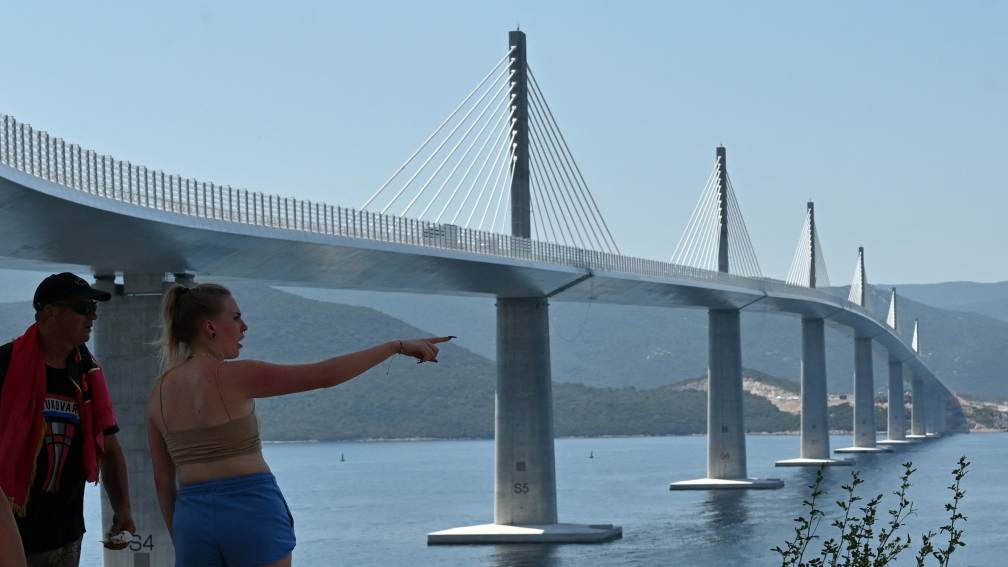 A bridge has been opened in Croatia that connects two areas on the Adriatic Sea. This means that people traveling from Split to Dubrovnik, for example, no longer have to pass through Bosnia and Herzegovina. The real opening will take place in the evening, but today pedestrians were already able to use the Peljesac Bridge.

The bridge connects the Peljesac peninsula to the mainland of Croatia and facilitates the journey to the tourist attraction of Dubrovnik. Previously, Croatians and tourists had to cross borders twice, delaying their journey and leaving residents of the south of the country feeling isolated. Instead of a 9-kilometer road through Bosnia and Herzegovina, motorists can now take the nearly 2.5-kilometer bridge.

Criticism sounds from Bosnia, but Croats are very happy with the bridge:

The bridge was partly built with money from the European Union. He contributed 357 million euros to the project. Croatian Prime Minister Plenkovic called the opening “a great day for Croatia”.

In Bosnia, not everyone is happy with the bridge. Owners of supermarkets and gas stations on the road that had to be taken first, among others, fear loss of income. Critics say the bridge closes off access to the coast of Bosnia and Herzegovina. According to the local Bosnian government, it is not certain where the land and water borders are and the bridge makes it more difficult to build off the coast.

But there are also many supporters in the country. In particular, Bosnian Croats, a large group in the country, traditionally support decisions that benefit Croatian neighbours.