Tremor today: They record an earthquake in Ensenada, Baja California

On the morning of this Monday, July 25, an earthquake was recorded with an epicenter in Ensenada, Baja California.

According to the National Seismological Service (SSN), it was initially reported that the magnitude of the earthquake, which occurred at 06:21 am, was 4.0; later, on its official page the figure was adjusted to 4.6. 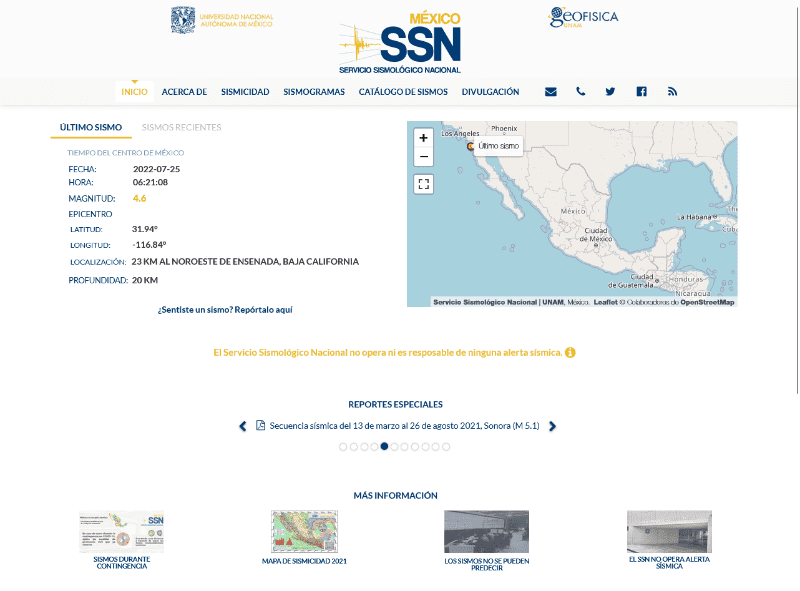 So far, Baja California authorities have reported no damage.

What is the San Andreas fault and why does it cause tremors in the Californias?

The San Andreas fault is a geological fault that is considered one of the most dangerous, since it would cause a devastating earthquake, known as “Big One” or “El Grande” that would have a magnitude of 7.8 according to various studies.

Is about a continental transform fault that runs for about 1,300 km through the state of California, in the United States, and Baja California, in Mexico.

This fault is famous for producing large and devastating earthquakes like the magnitude 7.8 that destroyed much of San Francisco in 1906.

Some users also shared videos of the moment of the tremor.