They offer a reward for S / 30 thousand for the capture of fugitive Melisa González Gagliufi, who ran over three young people on Av. Javier Prado 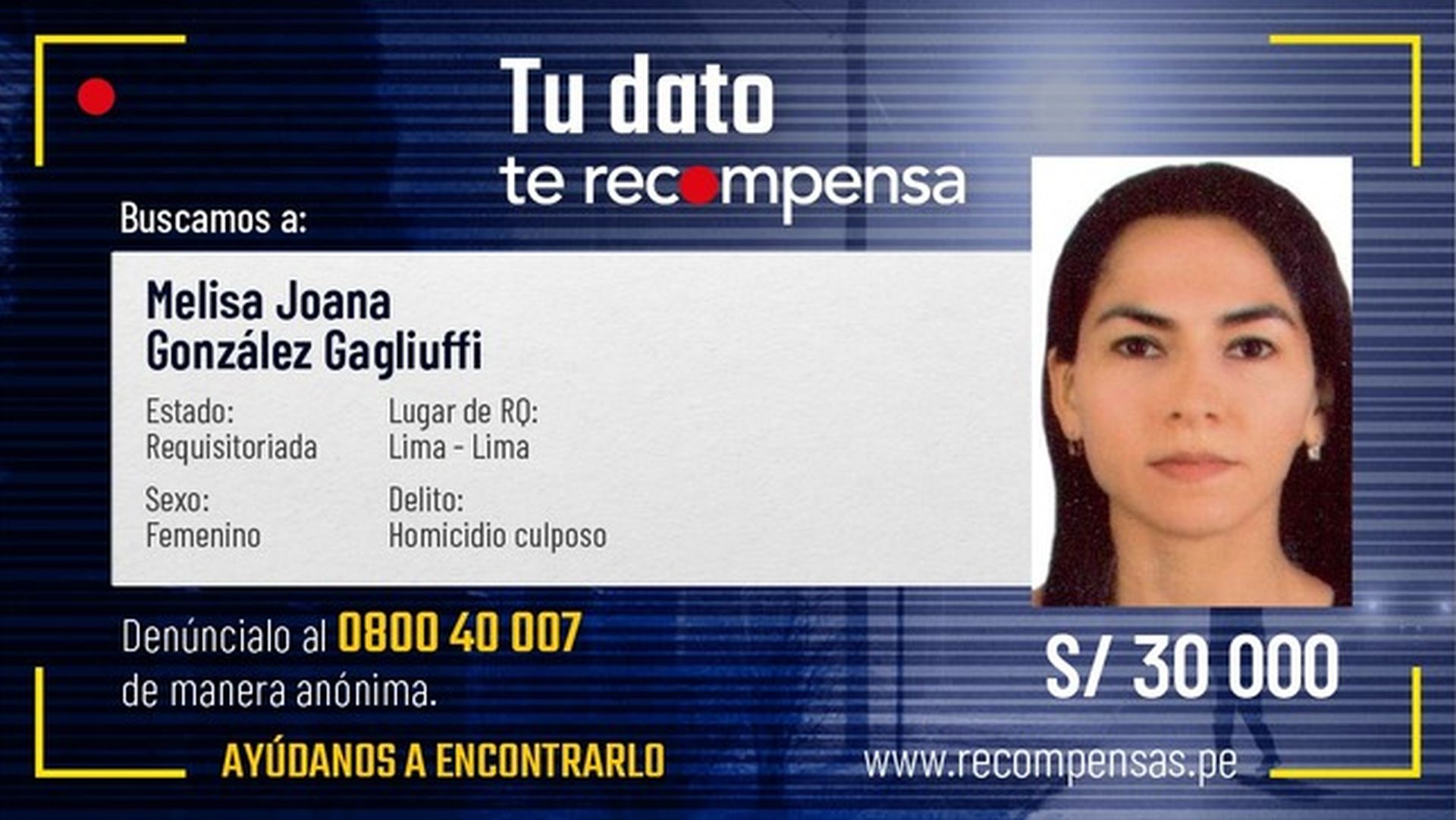 The Ministry of the Interior (Mininter) included in the Rewards Program Melisa Joana González Gagliuffi (36), sentenced to six years in prison for running over three young people who were driving on Javier Prado Avenue with her truck, causing the death of two from them.

Its inclusion was approved by the Ministry of Inter’s Crime Rewards Evaluation Commission (Cercri), which set the economic benefit offered for information that allows the woman’s whereabouts to be found or facilitates her location and capture at S/ 30,000.

Last June, the Judiciary found her guilty of the deaths of Christian Agustín Buitrón Aguirre and Joseph Giancarlo Huashuayo Tenorio, whom she rammed with the vehicle that was driving at excessive speed, in San Isidro, in October 2019.

González Gagliuffi has been in hiding since June 6, after the court ruling that deprives her of her freedom for being the author of the crime against life, body and health, in the form of aggravated manslaughter against both young people. students. 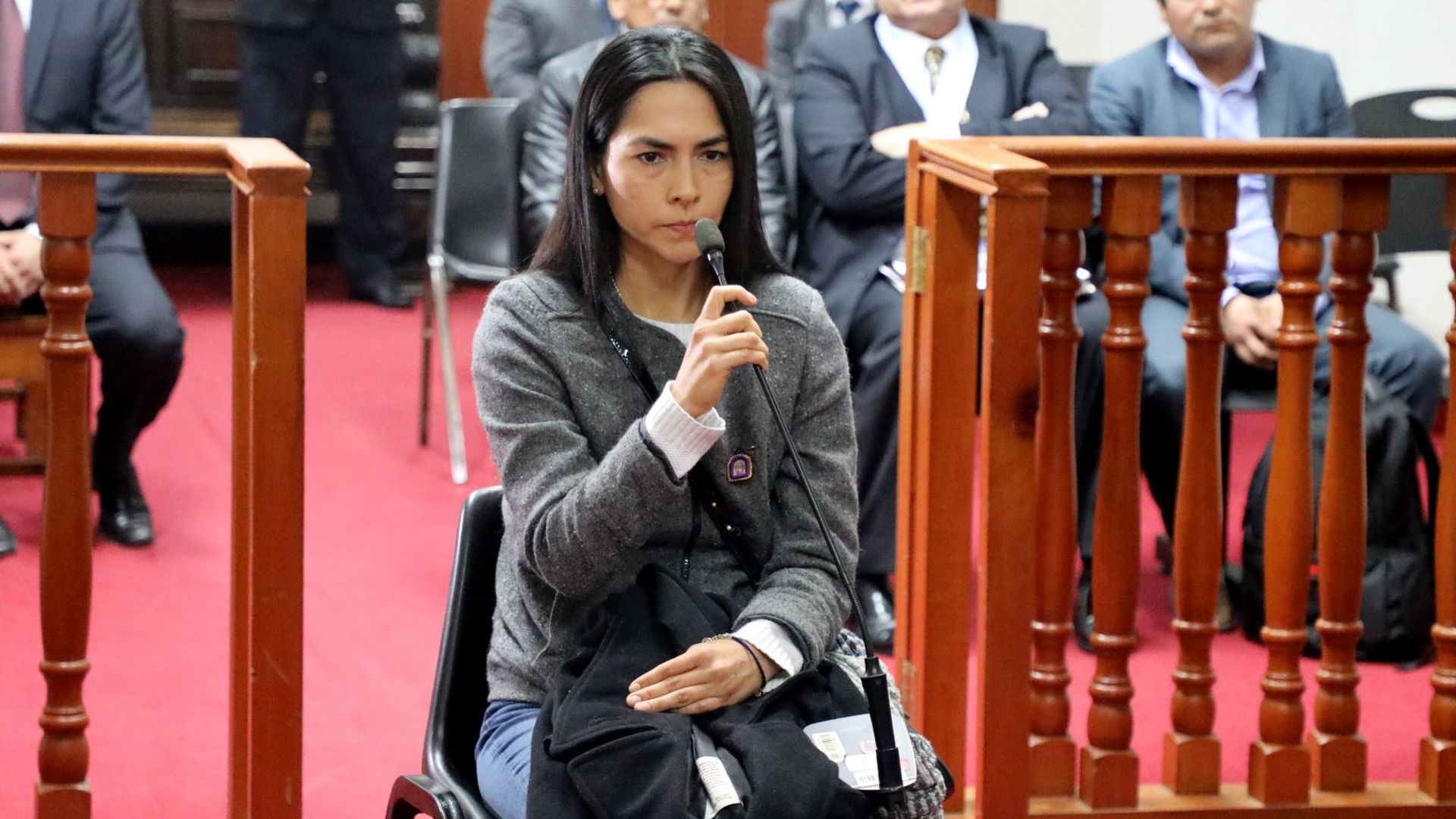 As part of his sentence, the Second Specialized Traffic and Road Safety Court of Lima also ordered the payment of a civil compensation of S / 200,000 in favor of the relatives and ordered the immediate location and capture of the fugitive.

Seven other fugitives from justice were also included in the list of the most wanted, wanted for various crimes in Lima, Callao and other regions of the country, offering rewards of S / 20,000 for each of them.

If a collaborating citizen has information about these or other people included in the Rewards Program list, they can call 0800 40 007 free of charge, safely and confidentially.

To know the faces of the requisitioners that appear in this list published by the Ministry, you can go to www.recompensas.pe.

Last June, the Prosecutor’s Office appealed the court ruling that sentenced Melisa González Gagliuffi to 6 years of imprisonment, for the crime of manslaughter and aggravated wrongful injuries, considering that “the applicable criminal law for the correct imposition of the sentence.

The appeal was filed by the Fifth Office of the First Corporate Criminal Prosecutor’s Office of San Isidro-Lince, in charge of the provincial prosecutor Natali Rosse Reyna Tacxi, against the ruling of the Second Traffic Court of the Superior Court of Justice of Lima.

The prosecutor’s office reported that, after analyzing the judicial resolution, it is noted that the magistrate in charge of issuing the sentence would have affected the principle of due process and the right to the motivation of judicial resolutions.

This, “because it has not correctly assessed the applicable criminal norm for the correct imposition of the sentence”, specified the Public Ministry, through a press release.