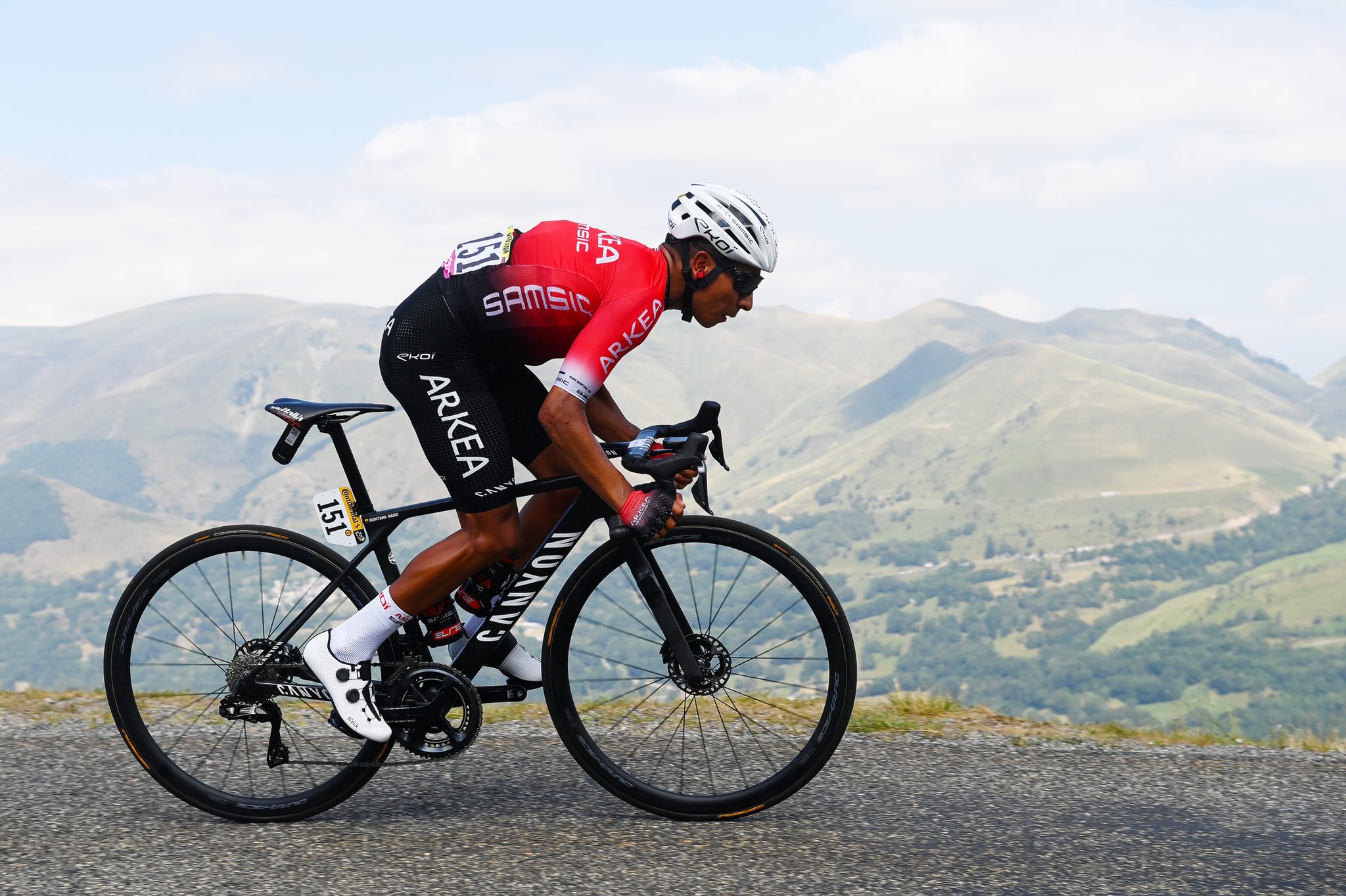 Nairo Quintana equaled Chris Froome and Alberto Contador as the cyclists with the most Top 10 finishes in Grand Tours in history. Image: Arkea Samsic Twitter.

The 109th edition of the most important cycling competition in the world has come to an end, the 2022 Tour de France crowned the Danish Jonas Vingegaard, of the Jumbo-Visma team, as the new king of French roads on the Champs-Elysées. carrying the jersey Proudly in yellow, Vingegaard climbed to the top of the overall podium and celebrated his first Grand Tour trophy in his racing career.

The performance of the Colombians in the competition did not go unnoticed, either for the good or for the regular. the worst of the beetles It was Daniel Martínez Poveda of the British squad INEOS Grenadiers, who was in position number 30 in the general classification, 2 hours and 55 seconds behind the leader. He was followed by Rigoberto Urán from Antioquia from EF Education-Easypost, who ranked 26th overall, 1 hour, 48 minutes and 18 seconds off the lead. Finally, the best of all was the great experienced Nairo Quintana.

The Arkéa Samsic runner was the most outstanding Colombian in the Tour. Although at the beginning of the competition he struggled to match the pace of the leaders, the native of Tunja managed to pedal harder in the last stretch of the race and maintained 6th position in the general classification, staying just 16 minutes and 33 seconds behind. by Jonas Vingegaard.

At 32 years old, ‘Nairoman’ closed his best result on the Tour since 2016, where he finished third on the podium just behind Romain Bardet and Chris Froome, the champion at the time. With this sixth place, the Colombian managed to establish a mark that, once again, was saved in history in national cycling.

It may interest you: With a goal and an assist, Chicho Arango led the victory of Los Angeles FC against Sporting KC

Quintana equaled multi-champion Chris Froome, Spanish legend Alberto Contador and Italian Fausto Coppi for being the cyclists with the most finishes within the Top 10 of the Grand Tours with a total of 12. In the Giro d’Italia, the Tunjano has settled inside the top ten on two occasions, four in the Vuelta a España and six in the Tour de France (counting the most recent edition he ran).

In addition, since he started to participate in the most important laps in cycling, Nairo has managed to achieve six podiums and two championships, one in 2014 with the Giro d’Italia and the other in 2016 with the Vuelta a España. The only competition that is still reluctant for the Colombian is the Tour de France, where his best result was a second place in 2013 where he beat the Spaniard Joaquim Rodríguez, but was behind Chris Froome.

With his name alongside the best cyclists in history, Nairo continues to wave the country’s flag strongly. The economic prize of almost 101 million pesos that Quintana took in this Tour was the least of it. For the Arkéa runner, the love of the people for him is the most important thing:

“People wonder where so many Colombians come from and they don’t understand why they support Nairo. For me that is the most important prize, the love of the people… Nairo is the ordinary Colombian, who gets up to work and get ahead and who dreams and wants to fulfill his dreams ”