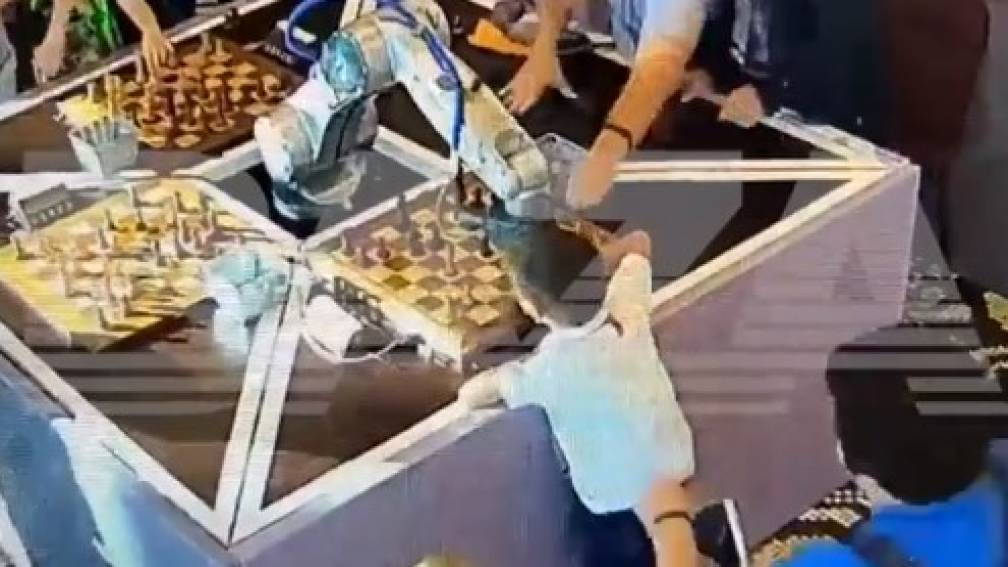 A strange accident during a chess tournament in Russia. A chess robot ran amok and injured one of the participants. The robot grabbed the finger of a 7-year-old boy, breaking his finger.

The robot probably thought the boy’s finger was a chess piece and wanted to move it.

A chess robot can automatically move chess pieces. A chip in the robot decides what the best move is, and a robot arm then moves the pieces to the right place. So that went completely wrong.

Bystanders were able to free the boy from the robot. The boy still finished the chess tournament with his left hand. The judge is in a cast for the time being.