Jonas Vingegaard makes history. The Dane from the Jumbo-Visma team won the 109th edition of the Tour de France on Sunday July 24. He thus became the second runner from his country to win the Grande Boucle, after Bjarne Riis, in 1996. Victorious in two stages, the most mountainous, at the Col du Granon and Hautacam, he succeeded his runner-up and doubled defending champion, Tadej Pogacar (UAE Team Emirates). The Welshman Geraint Thomas, winner in 2018, climbs on the third step of this final podium in front of David Gaudu, fourth and best Frenchman this year.

The 21st stage, on the Champs-Elysées, went to Jasper Philipsen (Alpecin-Deceuninck). The Belgian sprinter was faster than Dylan Groenewegen (BikeExchange-Jayco) and Alexander Kristoff (Intermarché-Wanty-Gobert) in the final package. He thus won his second success on the roads of the Tour de France and ended in apotheosis a spectacular 109th edition. 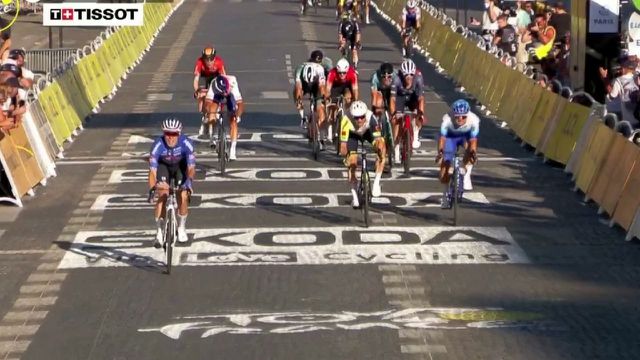 Jasper Philipsen put an end, on this edition, to a form of curse on the Grande Boucle. He who had come so close to success in 2021, until he ended in tears as he saw his luck slip away each time, this time crossed the line by raising his arms twice. All while offering, icing on the cake, the Holy Grail of sprinters: a victory on the Champs-Elysées.

We could have expected the green jersey, Wout van Aert, to compete for the stage victory with the sprinters, he who won on this same avenue in 2021. In the end, nothing happened. The Belgian, satiated by his three successes on this Grande Boucle finished, arm in arm, with his four teammates, including the yellow jersey, Jonas Vingegaard. A celebration, far from the others, symbolic of the domination of the Jumbo-Visma on this edition. 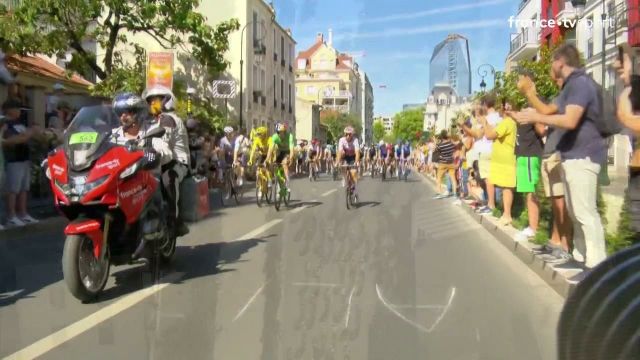 Earlier, at the very beginning of the stage, the three great men of this Tour de France offered themselves a parade, good-natured, by attacking from the marker of the first kilometer. A beautiful image, with a smile on their lips, Tadej Pogacar, Wout van Aert and Jonas Vingegaard formed, for a few minutes, a magical, symbolic trio, almost a summary of what they brought to this Tour de France.