Nadine Visser qualified for the semifinals of the 100 meter hurdles on Saturday at the World Athletics Championships in Eugene, USA. The Dutch finished second in her series in 12.76 and that was enough to continue.

Zoë Sedney, the other Dutch trump card in the series, didn’t make it. The twenty-year-old South Holland finished seventh in her heat with 13.38 and that was not enough. Sedney had hoped for much more, but she’s been ill and that’s why she’s not quite as fast as she’d like.

The number one and two of each series and the six fastest time qualified for the semi-finals. Viewed across the field, Visser ran the tenth fastest time. Nigerian Tobi Amusan was the fastest with 12.40, followed by American Alia Armstrong (12.48) and Jasmine Camacho-Quinn (12.52) from Puerto Rico.

It is already certain that Nia Ali will not extend her world title. The American fell and so the World Cup is over for her.

Reigning world champion Nia Ali had a hard fall in the series. 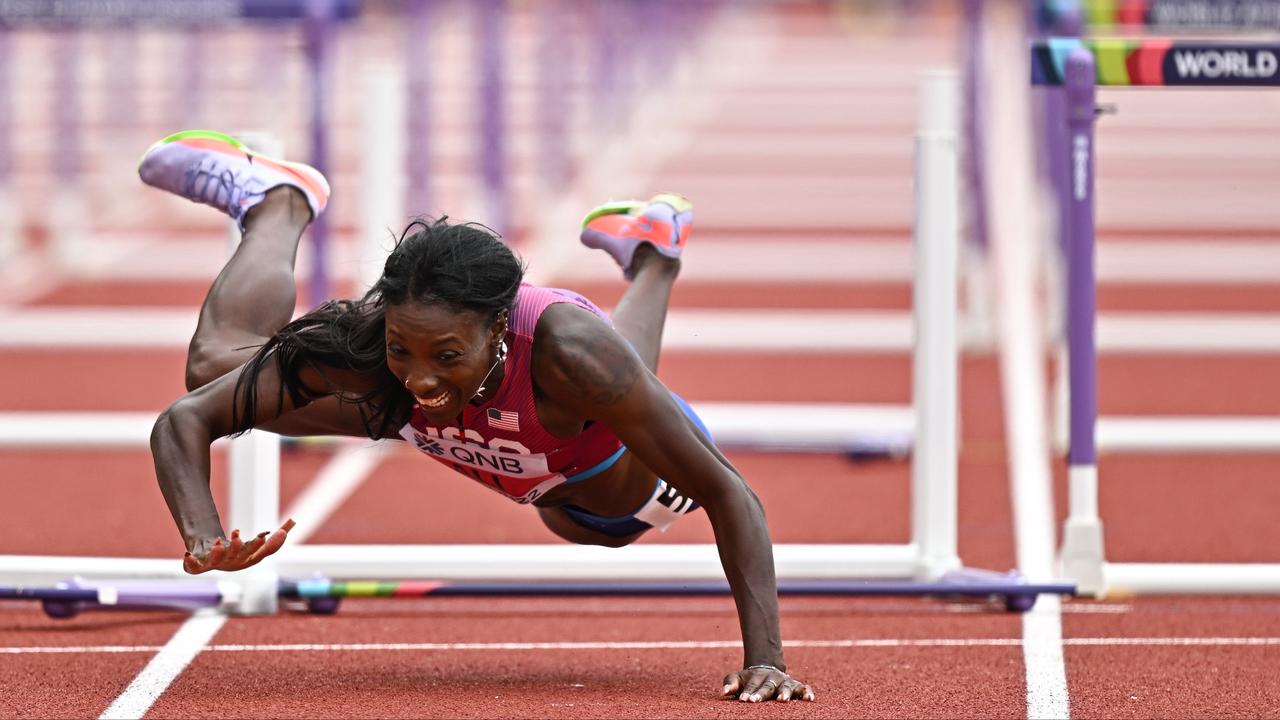 Reigning world champion Nia Ali had a hard fall in the series.

Visser wants to run faster than ever

The 27-year-old Visser reached the final battle at the previous two World Cups and at the Games in Tokyo. Her best result is fifth place in the Olympic final. In Eugene, she wants to run faster than ever and also hopes to achieve her best result to date. Visser’s personal best is 12.51 and that is also the Dutch record.

The world record is 12.20, set in 2016 by American Kendra Harrison. The now 29-year-old Harrison clocked 12.60 in Eugene and she is also through to the semi-finals.

A satisfied Nadine Visser after the finish. A satisfied Nadine Visser after the finish.