The fear of a collapse now crosses the ruling party and the opposition: a sign that reveals the seriousness of the crisis 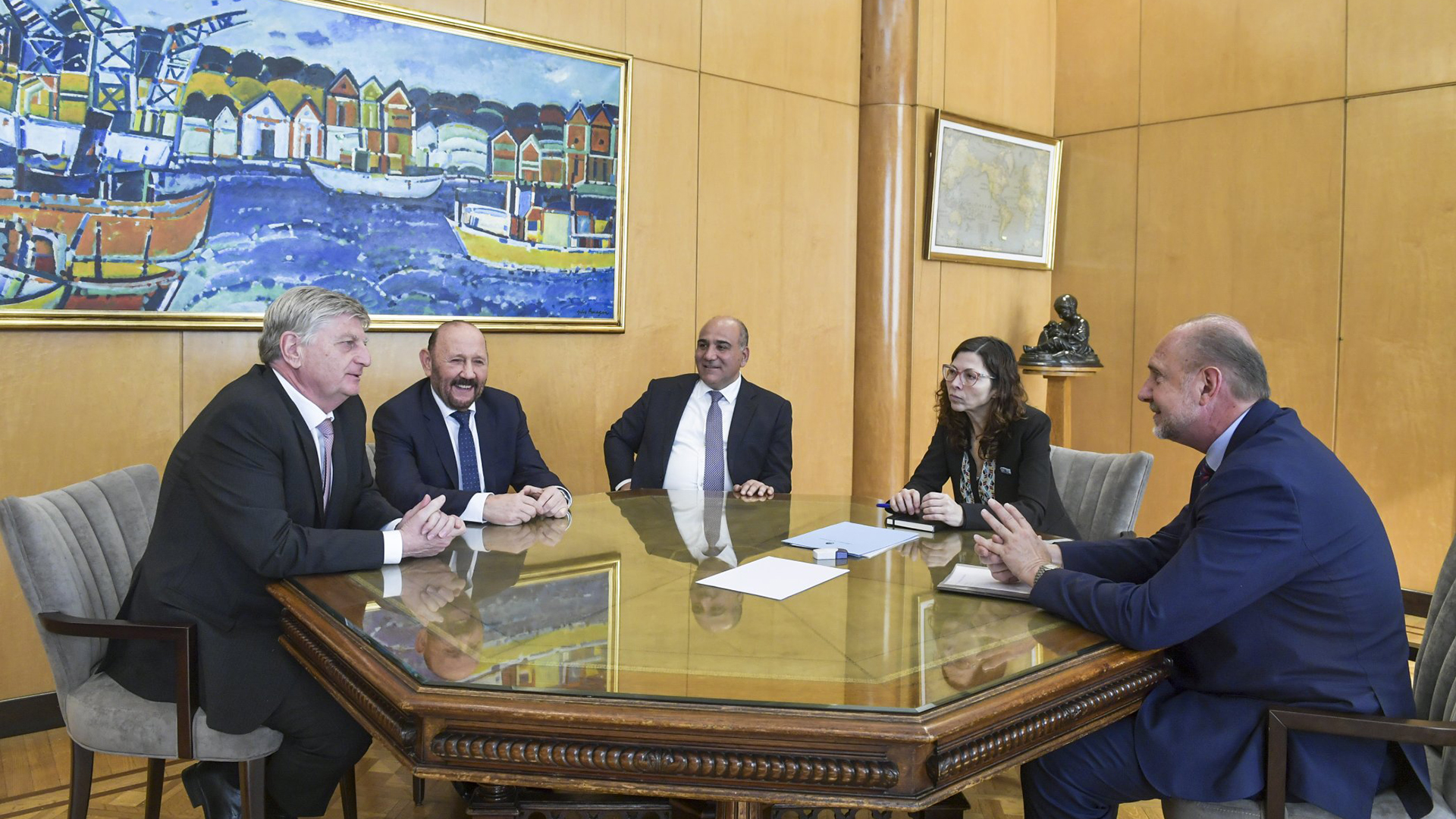 Silvina Batakis, with Juan Manzur and governors, in search of political support

Silvina Batakis is on her way to completing three weeks of management without a minute of peace. The question is whether the end of Martín Guzmán – predictable due to the long wear and tear and, at the same time, untimely – aggravated the crisis or laid bare its depth. The Government now disqualifies the former minister for the costs of his resignation and for having tried to hide the true economic picture, a kind of new and proper inheritance. The significant fact is the alarming description that the new minister makes to her colleagues and even more so, the way in which she allows it to transcend. Along with that, also in the opposition there is beginning to be talk of the possibility of a collapse. A disturbing novelty on the political circuit.

Nobody talks about a dramatic break in social terms. On the contrary, in a praising or critical manner, the containment capacity of the “piqueteros” organizations allied with the ruling party is highlighted -even with signs of critical differentiation in some cases- and of the traditional structures of trade unionism. Strictly speaking, it is more than that: the successive crises have also generated a broader network of solidarity, with outstanding work by non-partisan neighborhood organizations and others linked to the Catholic Church and evangelical churches. 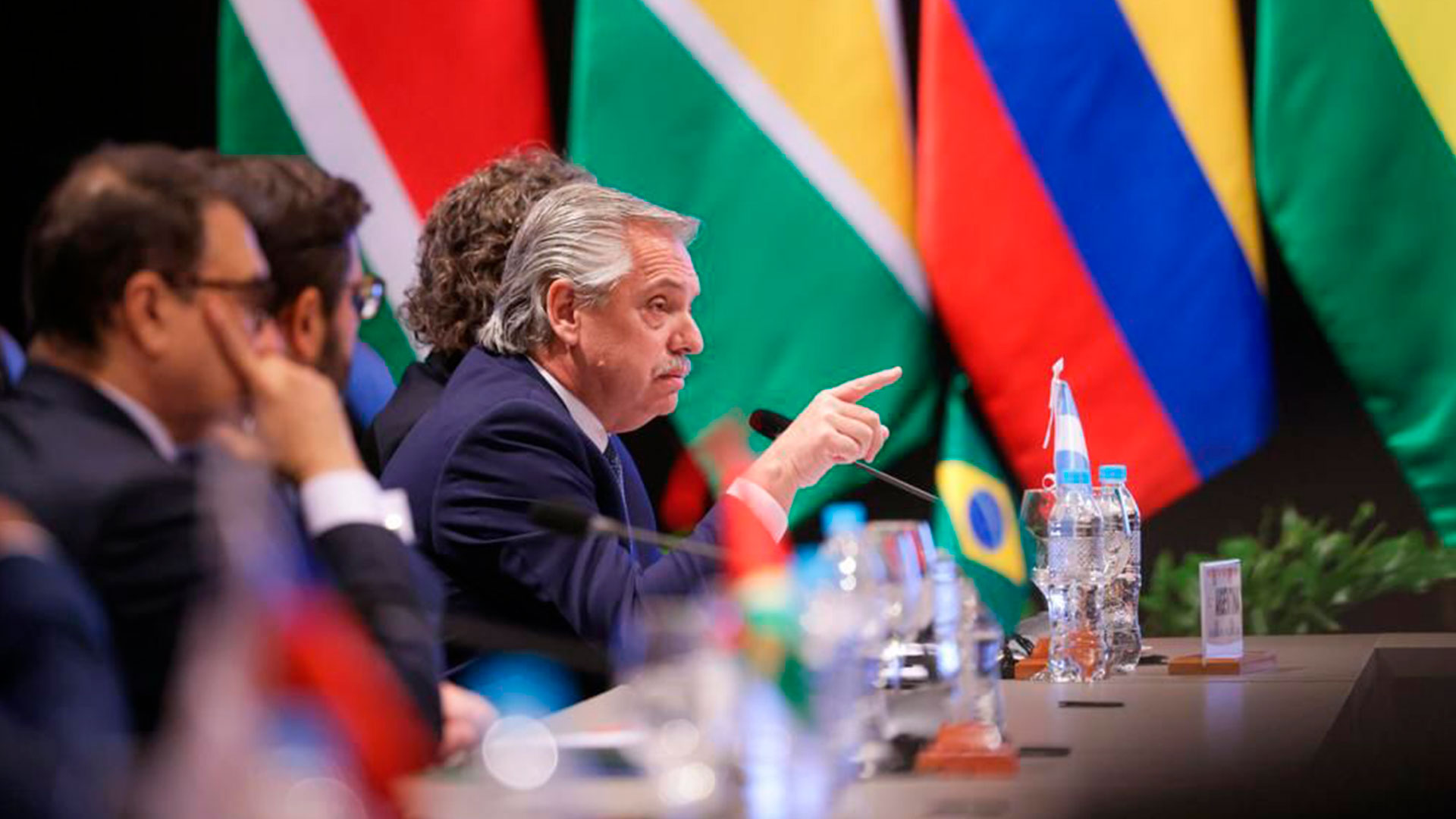 Alberto Fernández, at the recent Mercosur summit. He exposed a forced vision on the inflationary phenomenon

But the change in political evaluation is notorious. Shadows are cast over the economy and the institutional terrain. Until a month ago, the generalized analysis spoke of a long and exhausting crisis process, a slow but unstoppable slope. In recent days, even moderate leaders have kept quiet about their fears of a collapse. In the sphere of the Government the term “desperate” circulates to describe the immediate horizon in terms of the dollar, inflation and fiscal accounts. They add that, in a couple of months, there could be a moderately positive change. It is the “positive” side of the evaluation that they transmit to the President.

That panorama was transmitted by Batakis to Peronist governors and allies in the modest meetings organized to give political support to his management. Perhaps, as some of his interlocutors suspect, it is also a way to sterilize claims for funds or budgetary flexibility, even in the face of signs of Kirchnerism that combine silence with the decision to try to advance in the treatment of projects that could complicate their accounts. . An example: some return to the concept of a universal basic salary, part of the domestic dispute with the Evita Movement and Somos Barrios de Pie.

The minister had something like two moments in her first weeks at the head of Economy. She began with a kind of declaration of guidelines, in tune with the framework that Guzmán maintained, at least in his speech: the “economic program” defined by the commitments with the IMF. Batakis “overplayed” that role, as it was considered an expression of some internal surprise, even admitting the idea of ​​a necessary message to “reassure the markets”. She did not have much echo and then there were some announcements and advances of measures, accompanied by the Central Bank, linked to the dollar and for now without a brake effect.

The concept of political support ended up restricted to the internal one, but it was not solid in that field either. The “truce” proposed as the basis of the new economic management was born tied to the silence of Cristina Fernández de Kirchner, as an exercise of unilateral will and not that of the ruling coalition as a whole. The former president was also in charge of clarifying that the meetings with Alberto Fernández and also with Sergio Massa should not be translated as an endorsement of each measure of the new minister.

Strikingly, the President made a speech aligned with Kirchnerism, as a repeated gesture to the internal. He came out to support CFK’s latest offensive on the Supreme Court. And he redrew a profile of the enemy to give emphasis to his speeches in official acts: he included a generic allusion to the “speculators” and a specific charge against the rural sector. All tied to the dollar and completed with an attempt to cushion the impact of price escalation, with forced, incredible references to inflation in the United States and the Eurozone. He presented the global problem as more serious than the local one.

It is a problem of concept and communication sense. The President closes himself internally with gestures and speeches that negatively expose him abroad and do not amalgamate the domestic front. In this context, expectations can only depend on the specific measures of Economy. Thus, a new weekend begins with speculation about decisions that, again, should be released before Monday.

This reiteration adds the letter of a meeting between Batakis and the leadership of the IMF. With Alberto Fernández’s trip suspended for the bilateral meeting with Joe Biden, it was reported that, in any case, the minister will fly to Washington over the weekend for her first meeting with Kristalina Georgieva.

It’s kind of back to the beginning. The focus, then, is placed on the inside of the ruling party. That was a continuously open front for Guzmán, polished by Kirchnerism and burdened with his mistakes. And it is a weakness that affects the start of Batakis. His predecessor maintained a good and fluid relationship with Georgieva, closed the deal with the Fund and before that, the agreement with external creditors. The trip of the new minister is a gesture, even in the alternative of trying to make the commitments more flexible, but it would not substantially modify the local picture.

Assessments of a “desperate” situation or the risk of collapse refer to the severity of the crisis, but above all to political deficits. Another illustrative fact is worth, associated with the minister’s trip: not even the President’s frustrated bilateral relationship with Biden generated similar expectations among the ruling party’s partners.