Man threatens to harm himself and turns on the gas tap, sixteen homes evacuated | NOW 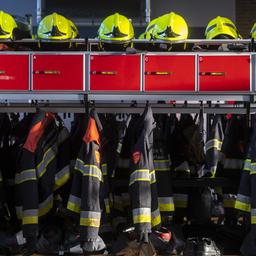 After a gas leak in the AGM van der Hoevenstraat in Ter Aar, sixteen homes were evacuated for some time on Friday evening around 8.30 pm as a precaution. Temporary shelter for the residents was provided. A 31-year-old resident of one of the houses threatened to harm himself and had opened the gas tap in his home.

The immediate area within 100 meters of the man’s home was cordoned off. Police, fire brigade and ambulance were present in large numbers. “The concentration of gas in the air is still high and therefore risky,” said a spokesman for the fire service, earlier in the evening. Residents outside a radius of 100 meters were asked to stay away from the windows and keep the curtains closed.

Later in the evening, the arrest team was deployed to arrest the 31-year-old man. According to eyewitnesses, this was not without a struggle. The police team had smashed one of the windows while the fire brigade sprayed water inside. A tear gas grenade was also allegedly thrown in to overpower the suspect. The man was eventually removed from his home around midnight.

The police are still investigating. Firefighters scaled down the incident by midnight. The concentration of gas in the air had meanwhile been greatly reduced.