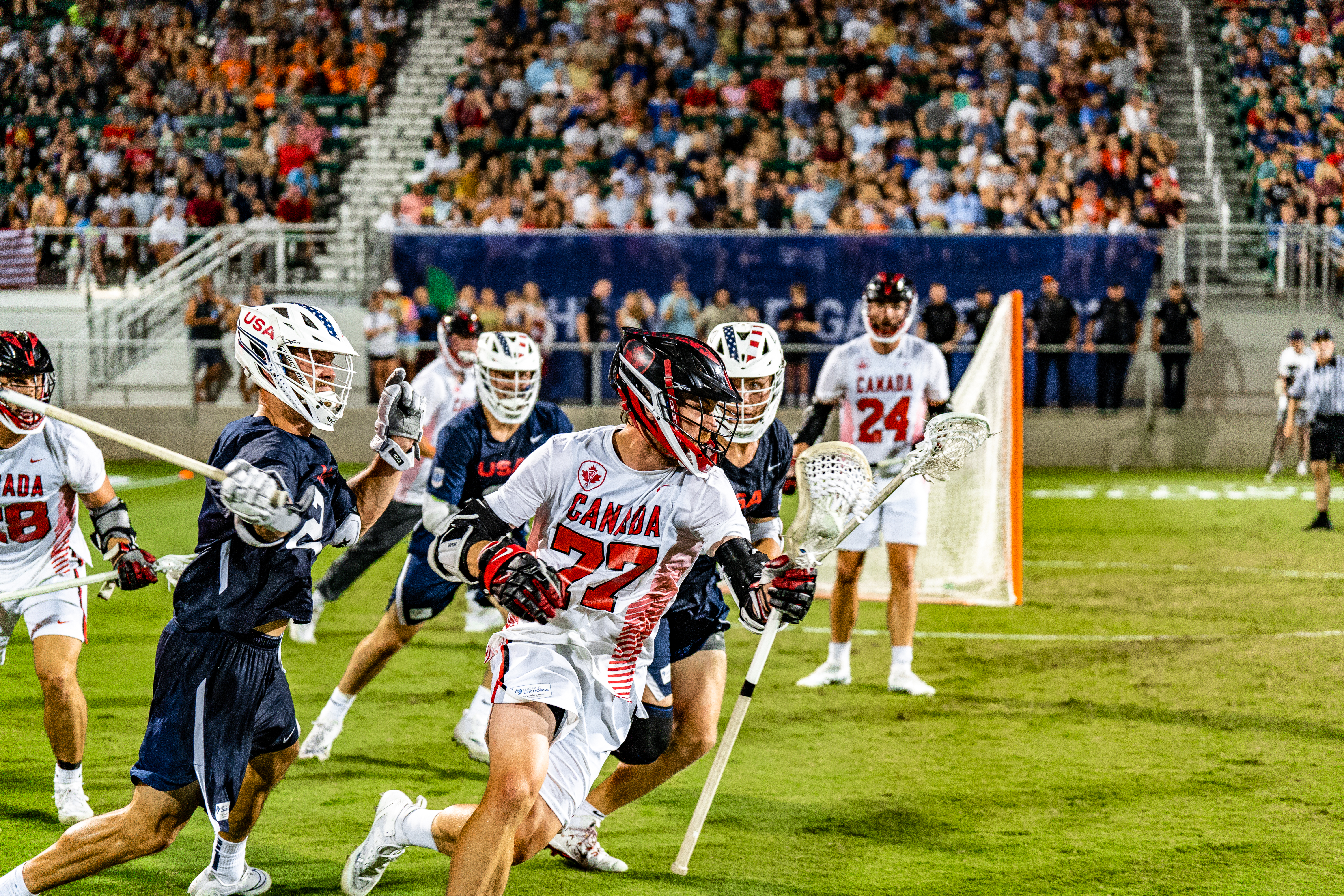 Birmingham, Alabama – PNC Field was the site of lacrosse’s newest international experiment during The World Games 2022. Fans funneled into the evergreen grandstands for a glimpse of the fast paced, high octane version of one of the continent’s oldest games.

Developed by the indigenous peoples of North America, lacrosse has twice featured at the Olympic Games. The sport has gone through many changes during its nearly 115 year absence from the Olympic Games. However, the sport’s most recent innovation has resurrected dreams of Olympic inclusion.

Liam Byrnes, whose U.S. side came away from the tournament with a silver medal, told Around The Rings, “I thought it was an awesome experience. [A] new style of lacrosse, a new format.”

“It becomes a lot like basketball,” remarked Byrnes. He wasn’t the only player to make that comparison. Israel’s Olivia Mannon likened the format to “basketball on 70 yards,” while Jake Fox of the Haudenosaunee Confederacy compared it to games of “pickup” basketball. 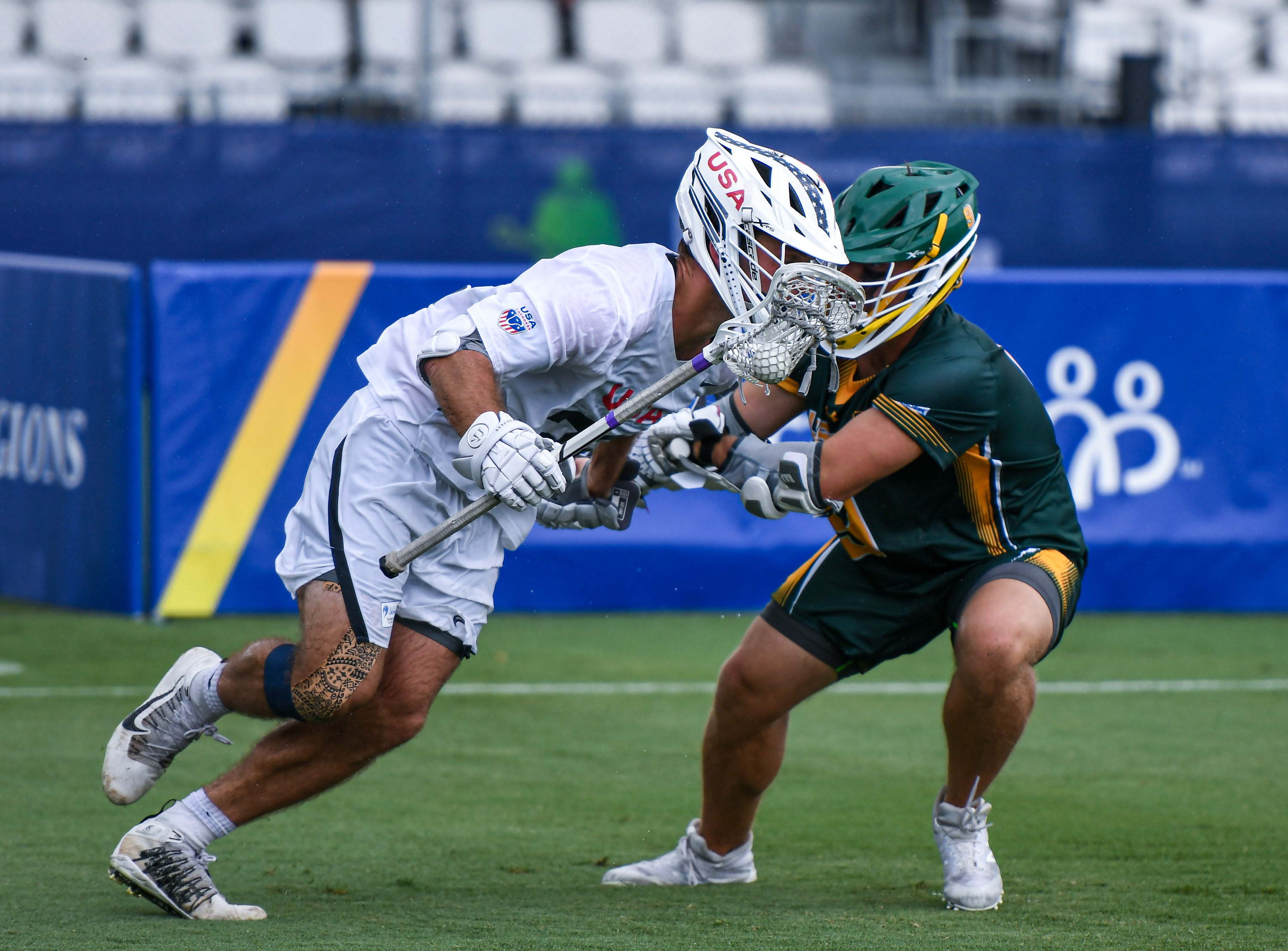 “It’s the way you grew up playing [in] the backyard,” asserted Fox. He quipped, “it’s meant for upsets.”

Fox’s Haudenosaunee side took a surprise loss to Japan that left them out of contention for medals. Still, getting to play at The World Games represented a symbolic victory for the indigenous group.

The complex issue of nationality looked set to exclude the team from participation at The World Games until a compromise was reached between the International World Games Association (IWGA) and World Lacrosse.

Ireland, who had originally qualified to compete at The World Games 2022, graciously withdrew from the competition to make room for the Haudenosaunee Confederacy. 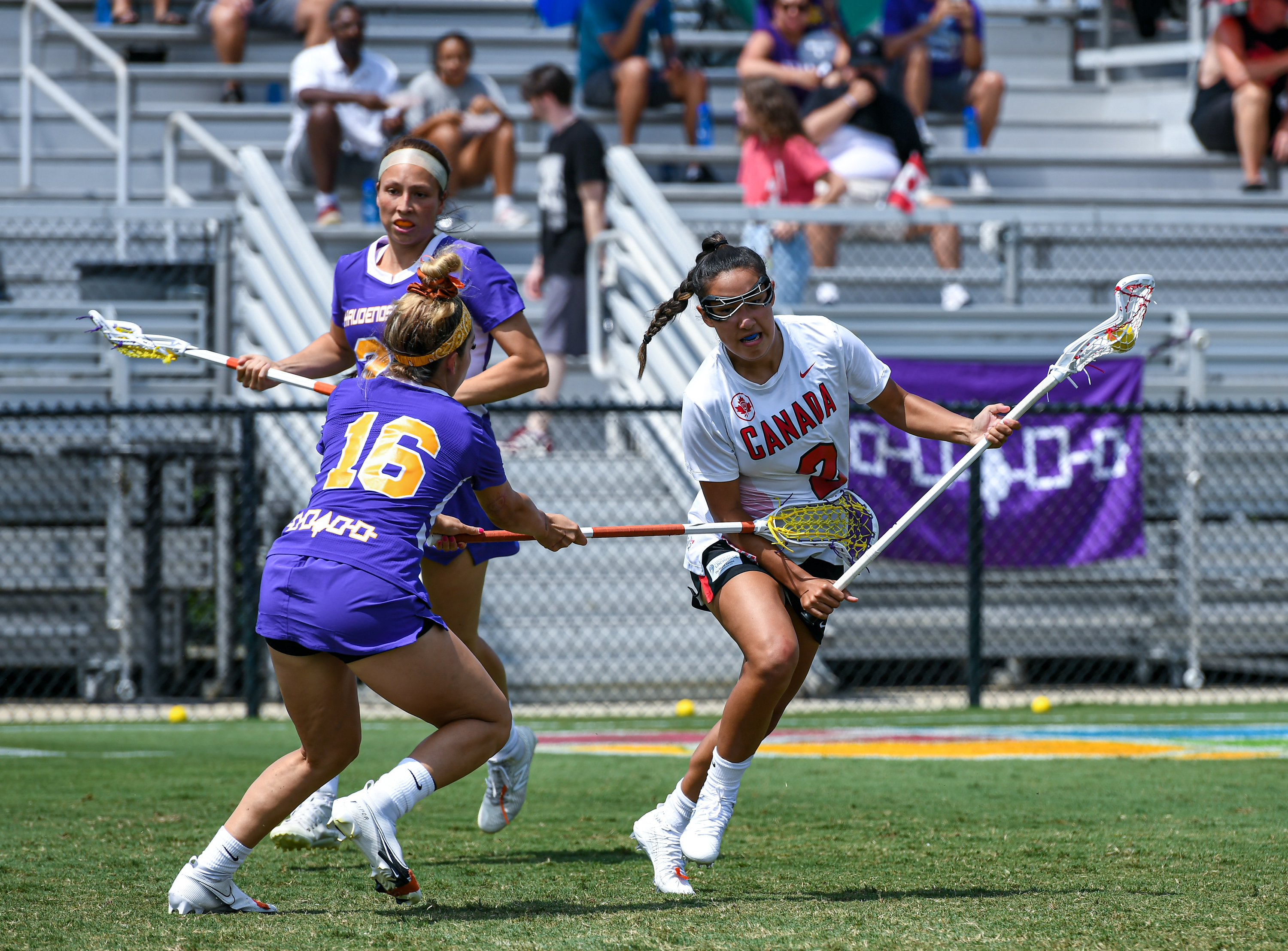 Haudenosaunne players face Canada with flag of the Haudenosaunne Confederacy in the background. Photo Credit: The World Games 2022

It was an ordeal that ended with indigenous recognition and participation, but one that left lingering questions about how indigenous participation would be handled by the International Olympic Committee (IOC) should the sport be reintroduced to the Olympic Games.

Canadian Annabel Child channeled some of Fox’s response when explaining what the sport could offer the Olympic program.

“It’s a game that isn’t as widely viewed as I think it should be,” said the Canadian. “It’s such a fun game to watch. It’s a gift from the creators of the First Nations people, so that’s a really big aspect that isn’t present in the Olympics…and I think it’s a good thing to add.”

Israel’s Mannon labeled the opportunity to play at the Olympic Games a “pinnacle achievement.”

She explained, “lacrosse has made me who I am as a person. I’ve been playing since I was six-years-old, and I’m now 24, so it’s been with me. It’s a huge identity piece. To be included in [the Olympics]…would be extraordinary.”

The Alabamian, American, Israeli also took on the role of marketer during a press conference, telling reporters, “the idea is that you can make it easier to play everywhere and you can also grow viewership and get people excited about lacrosse.”

“I think the Sixes format is a good format for getting people interested in lacrosse, to grow the game, and to also have other countries now being able to compete,” said a confident Mannon.

Lacrosse was most recently played at the 1908 Summer Olympics in London. It has featured as a demonstration sport three times since then, but the sport’s best chance to regain a spot on the sports program may be at the LA28 Summer Olympics.

It will face a growing pool of ambitious, determined candidates for a spot on the Olympic program, so World Lacrosse will be hoping the Sixes showcase at The World Games 2022 managed to move the needle in the sport’s favor.