Does Van Lienden have to pay back his millions now? ‘Sywert is 2-0 behind’ 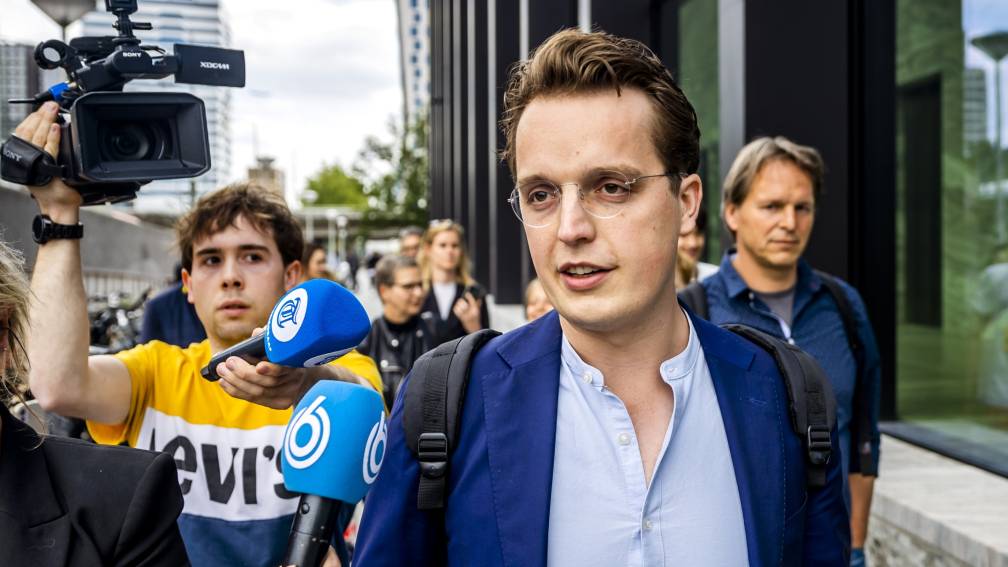 A new chapter in the mouth cap scandal around Sywert van Lienden. The judge ruled on Wednesday that he and his partner are no longer allowed to be directors of their own foundation Auxiliary Troops Alliance.

This could have major consequences for the millions the men made from their trade, lawyers say. Five questions about the verdict.

What is the affair about again?

Van Lienden, Bernd Damme and a third board member who resigned earlier, Camille van Gestel, earned 20 million euros in 2020 from the sale of mouth caps to the Ministry of Health (VWS). That order, a deal totaling 100 million euros, went through their bv Relief Goods Alliance, a commercial company.

That while Van Lienden had told the outside world several times “not to work” and that he was committed to care with the Foundation Auxiliary Troops Alliantie without a profit motive.

What does the judge decide?

According to the court, Van Lienden and Damme misused the name of their foundation to conclude a million-dollar deal with the government with their commercial company. “The BV used the name and goodwill of the foundation for its own gain,” says lawyer and professor of corporate law (University of Utrecht) Manuel Lokin. “They have withdrawn an order of millions of VWS from the foundation and secretly placed them in the BV. They have not provided any clarity about this to the outside world.”

Van Lienden has always maintained that they acted in good faith. But, says Lokin, “the judge really wipes Van Lienden’s defense off the table”.

Can the foundation claim the money back?

The chance that Van Lienden will have to pay back money has increased considerably due to Wednesday’s ruling. There are two parties that can reclaim money: the Stichting Hulptroepen Alliantie, and the Ministry of Health, Welfare and Sport.

“If a foundation wants to reclaim something, it’s up to the board,” Lokin explains. Now that Van Lienden and his companions have been fired from the board, the way is clear for the new board to recover the money from the men.

Lawyer Wilco Oostwouder, who specializes in corporate law, also expects that Van Lienden’s dismissal “will have a tail”. His successor on the board “can hold him liable on behalf of the foundation for improper management”.

Lokin thinks that such a liability claim has a good chance, because the judge already ruled on Wednesday that Van Lienden and Damme had misdirected themselves. “A foundation board has a duty to act in the interest of the foundation. And the judge says quite clearly that they have violated that interest.” Because of their actions, the foundation misses “an enormous capital that could otherwise be used for charity”.

Oostwouder also says: “As soon as the assets of the foundation have been reduced, this foundation has suffered damage. If it turns out that the foundation was not allowed to transfer money to a private limited company, everything must in principle be repaid.”

What can VWS do?

The government could also get money back. Then the ministry has to undo the mask deal because of cheating. But that’s a tough legal route, Lokin says. “The ministry would have to demonstrate that they did not know that the money for the mouth caps would not end up with a foundation, but with a commercial company.”

It’s not a foregone conclusion yet, says Lokin. “But you can say: Sywert is 2-0 behind.” Oostwouder: “He has a big problem.”

What other studies are still ongoing?

In addition to these civil proceedings, there is also a criminal proceedings in which Van Lienden and his business partners are suspected of money laundering, fraud and embezzlement. “Here, Van Lienden faces a prison sentence,” says Lokin.

And consultancy Deloitte is investigating the procurement of corona protective equipment by the Ministry of Health, which also includes Van Lienden’s mouth caps deal. This report should provide clarity about all face mask deals that the government concluded during the corona crisis.