There is no need for a female Bond. What I would like is for the female roles in the Bond films to be brought to life in a different way. That they get a more substantial role and recognition. That’s what I find more interesting than turning things around.

Craig previously said he thinks there should be “better roles for women and actors of color”. He wondered why Bond should be a woman, when there might as well be a part that is just as good, but written for a woman.

Watch the trailer for No Time to Die here: 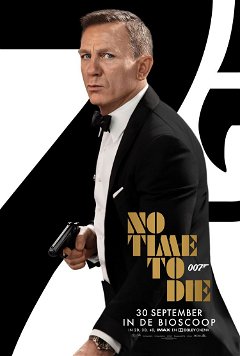 7.3 Watch Prime Video • In ‘No Time to Die’, James Bond has left his turbulent life as a secret agent behind and is living a quiet life in Jamaica.

Image: Still ‘No Time to Die’ via TMDb