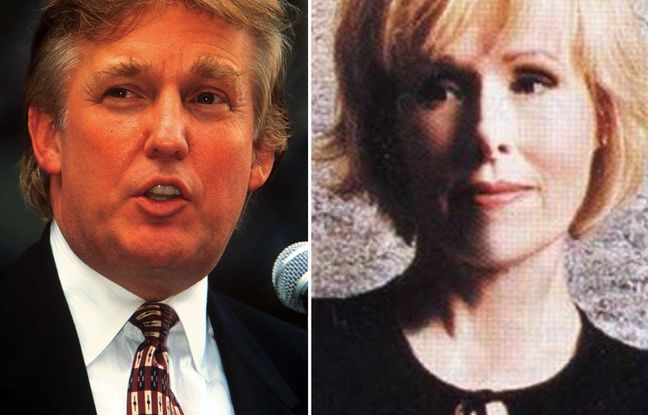 She has been waiting for her time for more than three years. E. Jean Carroll, a former columnist for Elle magazine who in 2019 accused Donald Trump of raping her more than 25 years ago, will be able to face the former American president in a defamation lawsuit. On Tuesday, a Manhattan federal judge, Lewis Kaplan, set the date for the start of the hearing for February 6, 2023. Because this is a civil action, however, it is possible that a settlement at the amicable is found by the two parties by then.

In 2019, E. Jean Carroll claimed to have been sexually assaulted by Donald Trump in the fitting room of a New York department store during the winter of 1995-1996. According to her story, the real estate mogul had asked her to try on some lingerie he wanted to gift. He would have “thrown” on her and “briefly penetrated” her before she managed to push him away. The journalist had not filed a complaint, but her testimony was corroborated by two relatives in whom she had confided at the time.

The facts denounced being prescribed, E. Jean Carroll sued Donald Trump for defamation. In front of the cameras, Donald Trump had firmly denied, assuring that he did not know the columnist and that she was “not [son] type ».

The Trump administration’s Justice Department had managed to delay proceedings while he was president, but resumed after he left the White House. This year, Judge Kaplan dismissed a counter-defamation suit filed against Donald Trump, saying he was just trying to play for time.

According to the schedule announced by the judge, the two parties have until November 16 to organize depositions and reveal their evidence to the other side. In the meantime, the magistrate will have to decide on a crucial point: E. Jean Carroll is asking for a DNA sample from Donald Trump to compare it to traces found on her dress from the time, which she says she kept as it was and since appraised. In 1998, it was a dress provided by Monica Lewinsky to investigators who forced Bill Clinton to recognize that he had had an intimate relationship with the young woman.