It should have been the night of the Norwegian top runners, but the fifth night of the World Athletics Championships in Eugene was one with many surprises.

The Brazilian Alison dos Santos outclassed the Norwegian world record holder and Olympic champion Karsten Warholm in the final of the 400 meters hurdles and the Norwegian Jakob Ingebritsen lost in the race for gold in the 1,500 meters against the surprisingly strong Briton Jake Wightman. The American top sprinter and world champion in the 100 meters Fred Kerley failed to qualify for the final of the 200 meters.

Jakob Ingebritsen was the obvious winner in the 1,500 meters, but the 21-year-old Olympic champion was mistaken in the strength of the Briton Jake Wightman. He took the lead in the last 250 meters and didn’t let anyone pass. With 3.29.23 he won in the best time of this year. 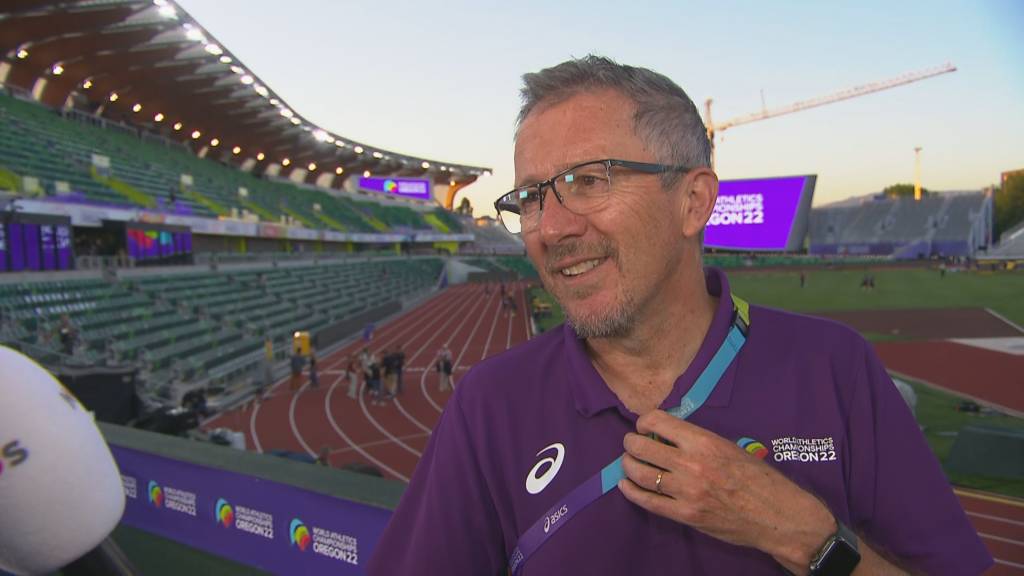 The young Ingebrigtsen, who won international titles as a junior and senior in the 1,500, 3,000 and 5,000 meters, in the steeple chase and the cross, finished second in 3.29.47. He won the Olympic title in Tokyo last year. Wightman only finished tenth there. The bronze went to Spaniard Mohamed Katir in 3.29.90.

Wightman received remarkable support from the stands in his surprising race to gold. The stadium speaker went completely crazy in the final. It turned out to be Geof Wightman, the father and coach of the new world champion. He continued to encourage his son to the finish.

“He has commented on so many bad races from me that he will celebrate this race,” the world champion chuckled. ‘This is really unique. I could hear him during the race.” Father Jake tried to remain calm. “I think I commented in a neutral way during the race. It was only after his victory that I became emotional,” said father Geof.

In the final of the 400 meters hurdles, the question was whether Norwegian Karsten Warholm could hold off the in form Brazilian Alison dos Santos. The world record holder, Olympic champion and defending champion came out of the last corner first after 300 meters, but then saw Dos Santos fly past.

The 22-year-old Brazilian, good for four victories in five Diamond League matches this season, won in 46.29 seconds. That was the best time of the year. Warholm, who suffered a muscle laceration in June, eventually finished seventh. After eight hurdles, his powers completely drained. 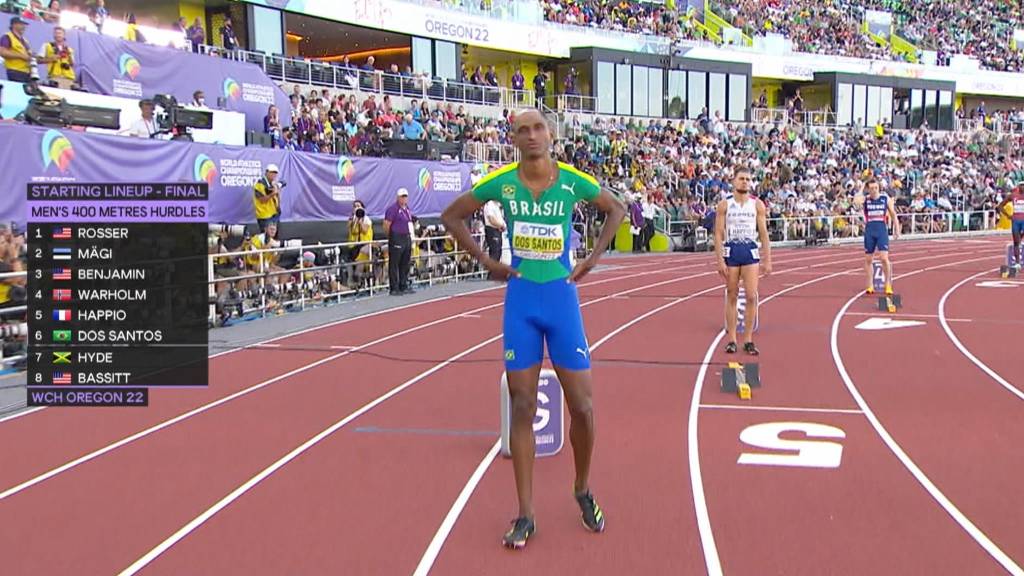 The world title in the discus throw went to Kristjan Ceh. The Slovenian (23) kept the 19-year-old Mykolas Alekna, veteran Andrius Gudzius (world champion in 2017) and reigning world and Olympic champion Daniel Stahl behind with a swipe of 71.13 meters.

Mykolas Alekna, son of Olympic champion Virgilius Alekna (2000 and 2004), made his World Cup debut in Eugene. With 69.27 meters he immediately took silver.

Eleanor Patterson caused a surprise in the high jump. The 26-year-old Australian, who finished fifth at the Games, was just like Yaroslava Mahuchich over 2.02 meters. but she did it in one go and the Ukrainian needed two tries.

Patterson became world champion in the juniors in 2013, but was unable to break through in the seniors immediately after that. Only this year she was on the podium again: at the World Indoor Championships she was second behind Mahutshich. He won silver at the 2019 World Cup and bronze at the 2021 Games. 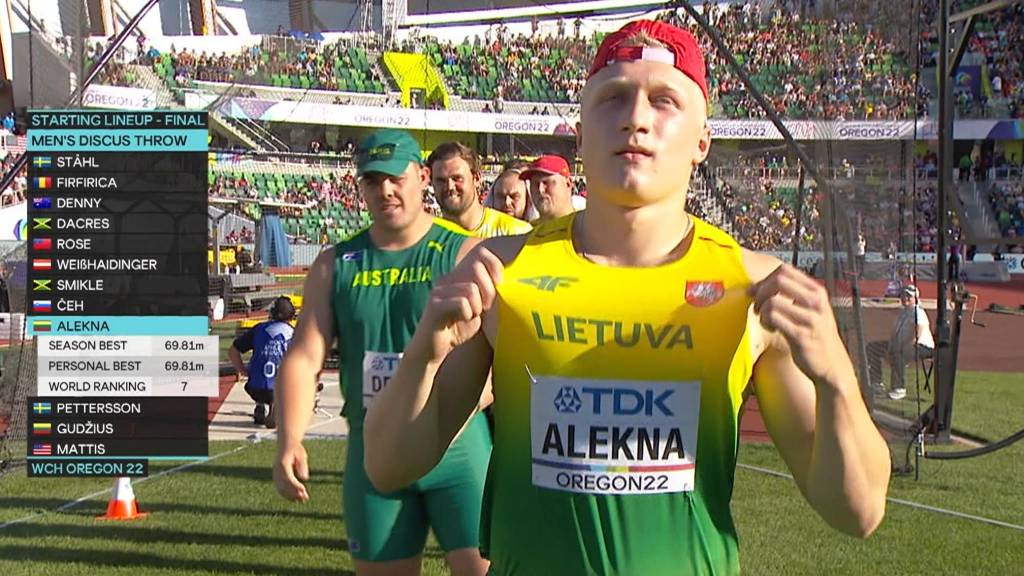 In the semi-finals of the men’s 200 meters, Kerley’s elimination was a big surprise. The world champion in the 100 meters only finished sixth in 20.68 seconds. He appeared to be injured on the last straight.

“I felt some cramping, it goes on,” said the 27-year-old athlete, who saw compatriot and defending champion Noah Lyles excel in 19.62. The Americans Erriyon Knighton (19.77) and Kenneth Bednarek (19.84) also qualified for the final battle, which takes place in the night from Thursday to Friday Dutch time.

Among the women, the Jamaicans lived up to their favorite status. Shericka Jackson, who won silver in the 100 meters, ran the fastest 200 meters with 21.67 seconds. Shelly-Ann Fraser-Pryce, who won the world title for the fifth time in Eugene in the 100 meters, set the second time with 21.82.

World Athletics Championships at the NOS

The World Athletics Championships will be held in Eugene from July 15 to 24. The NOS broadcasts the final sessions daily at 2 a.m. on NPO 1, NOS.nl and in the NOS app. A summary of the matches can be seen on NPO 1 at 7:10 PM. Interviews and background stories are also made in Eugene.

Wake-up service 6/10: Presentation of the Televizier-Ring • AZ, Feyenoord and PSV in action