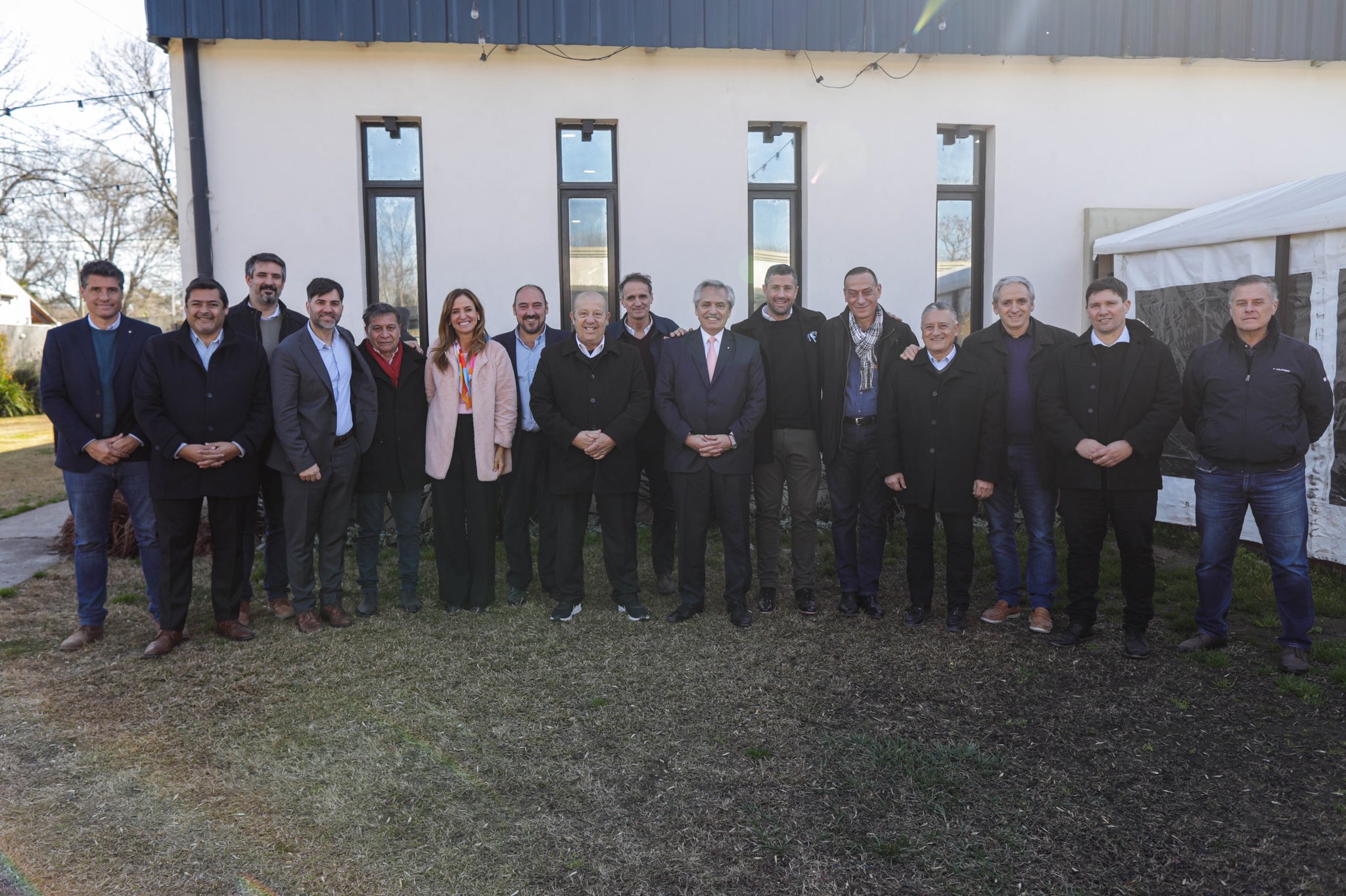 Alberto Fernández, in Pila, together with ministers, deputies, mayors and councilors

Alberto Fernández is currently facing strong economic turmoil due to the currency crisis, but also of a political nature, as a result of the persistent differences within the Frente de Todos. Kirchner pressure has been going on for months and, despite the recent truce with Cristina Kirchner, the President was moved yesterday when referring to the conflict within the ruling party. It happened in the Buenos Aires town of Pila, during a lunch with its Minister of Public Works, Gabriel Katopodis, the deputy Victoria Tolosa Paz, and several mayors and councilors from the area.

As Infobae was able to reconstruct through the testimonies of some of those present, the president’s voice broke while he gave a brief informal speech in front of the diners during the meeting that took place this afternoon.

Alberto Fernández had just referred to the government’s post-pandemic effort and the “mistreatment” by large economic groups, including the media. In this framework, he alluded to the strong internal conflict with Kirchnerism, pointed out that the differences are presented as a fight, clarified that in reality they are not, and defended himself against questions about national management. “When I go to the places, and I see the works, and they tell me about the officials who don’t work…”, he said. It was then that he was moved. 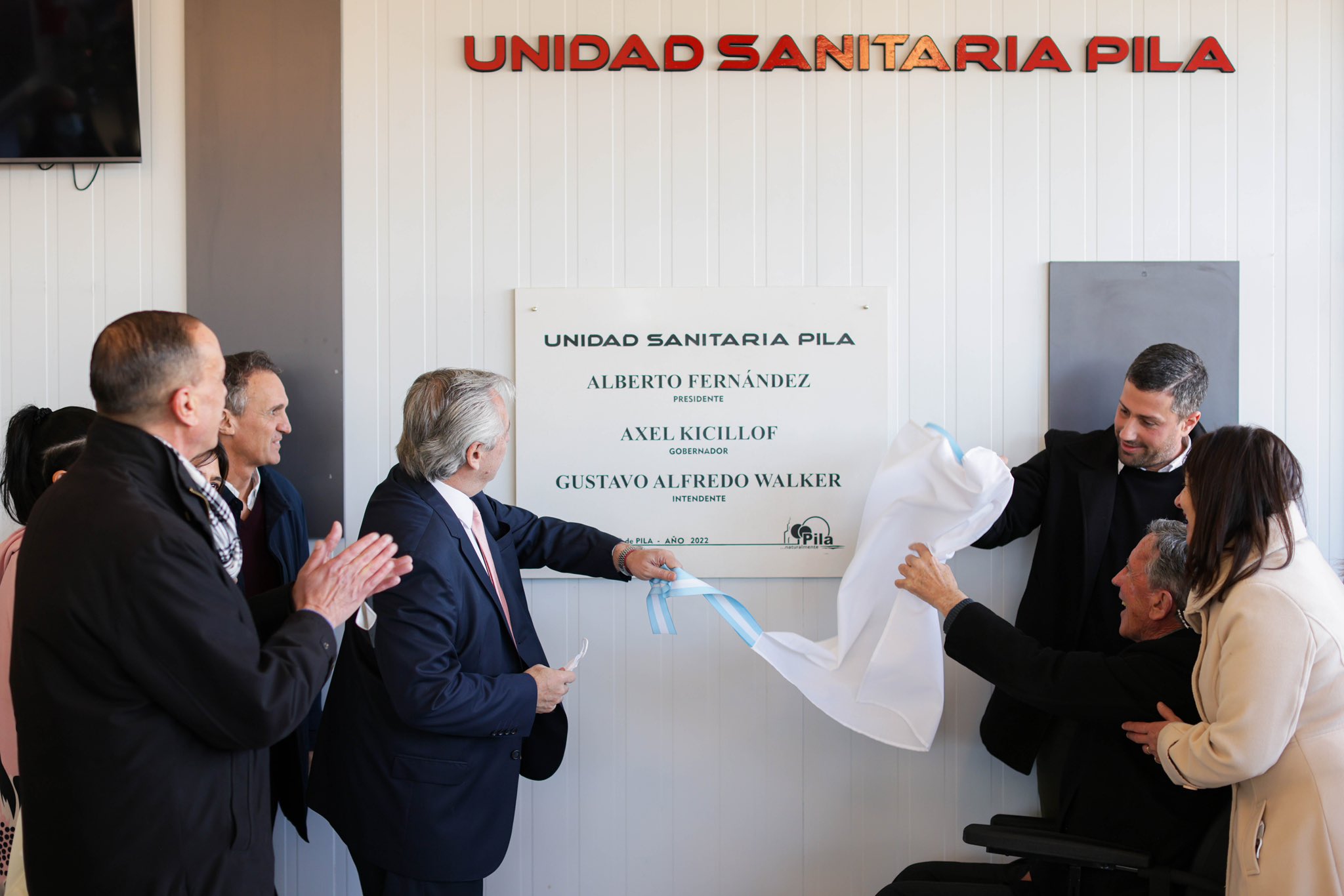 The President inaugurated a health unit

A mayor assured that the President was not only slightly moved, but even cried, and that he had to wipe his eyes with a napkin that was passed to him. “He had been expressing his pain and impotence to us regarding the fact that in a sector of our front the only thing they do is criticize him when he was at the forefront of the pandemic and an extraordinary situation. And he told us that every time he goes to a municipality, the mayors and officials tell him that there are works like never before. And that they talk to him about officials who don’t work. So he asked that they not come to talk to him about officials who do not work, ”said the municipal chief. In the Casa Rosada they assured that the content of the speech is real, but that the version of the crying is exaggerated, and that Alberto Fernández “only broke his voice.”

The head of state has just started talks again directly with Cristina Kirchner, after long months of crossed darts, especially from the Kirchnerist sphere. The reunion took place after the resignation of Martín Guzmán, which unleashed a run on the exchange rate and a crisis in the markets that the government still cannot contain.

Yesterday, while the blue dollar reached $300, the first records indicated that the devaluation left the income of Argentine workers among the lowest in the region. In this context, the minimum pension and the salary floor were below 150 dollars per month, if the free exchange rate is taken as a reference.

While the President is the axis of strong criticism from the opposition and the country’s risk skyrockets, Cristina Kirchner and her troops remain strictly silent in relation to the economic crisis and avoid giving explicit support to Silvina Batakis, the new Minister of Economy appointed by Alberto Fernández with the endorsement of the Instituto Patria, which, however, informs the vice president about his steps. Instead, the leaders of Kirchnerism are dedicated to expressing themselves on other issues.

The last two days, the former president questioned Justice through her social networks. And shortly after, Alberto Fernández decided to go out and support her position, despite the lack of support in the national economic management. The crisis in the markets, they believe in the Casa Rosada, is largely due to the silence of La Cámpora and Christianity, which keep their distance from a plan that continues the path of Guzmán that they criticized. But that, at least, they avoid questioning harshly, as they did during the previous administration in the Treasury, attentive to the delicate economic moment that could severely complicate the national administration.

Dollar at $300 and wages: the devaluation left the income of Argentine workers among the lowest in the regionArgentina on offer: boom in Uruguayan tourists who cross the river to take advantage of the exchange advantage