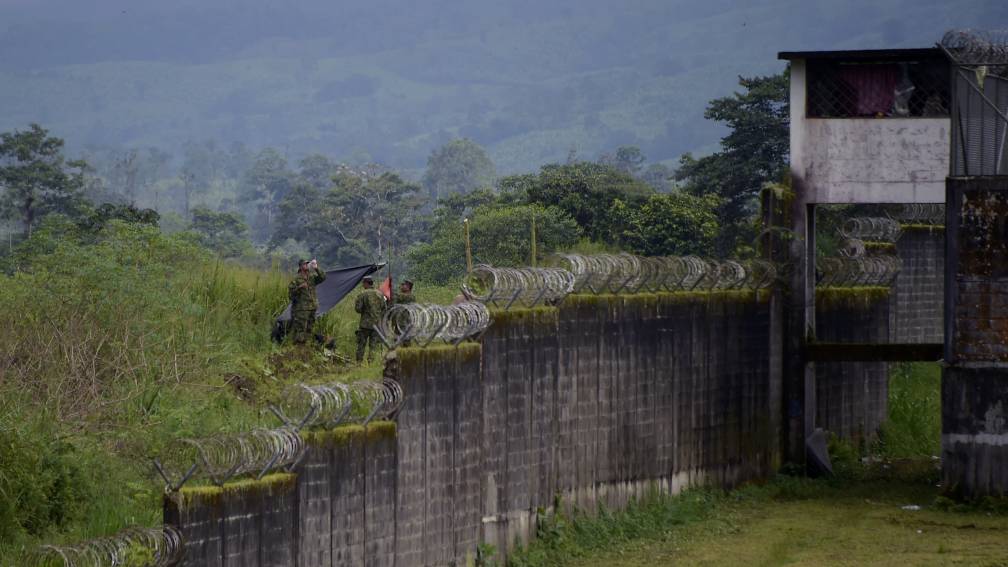 At least 13 people have been killed and two injured in riots at a prison in Santo Domingo, Ecuador. It is probably violence between various drug gangs that have ties to Mexican cartels.

Police and military have been dispatched to the prison to restore order, the Ecuadorian government agency that controls penitentiaries says. They will also determine the final number of victims.

Relatives are waiting at the prison for more information:

Violence in Ecuadorian prisons is not uncommon. In May, more than 40 inmates were killed in the same prison in Santo Domingo. The police then found explosives and firearms in the prisoners.

Last year, a total of 316 prisoners died during riots in Ecuadorian prisons. Prisons in other South American countries are also suffering from violent gang violence.

Violence is also fueled by overcrowded prisons. In Ecuador there are 12.5% ​​more people in prison than there is actually room for. The Inter-American Commission on Human Rights found that the Ecuadorian state hardly takes any measures to improve prison conditions.