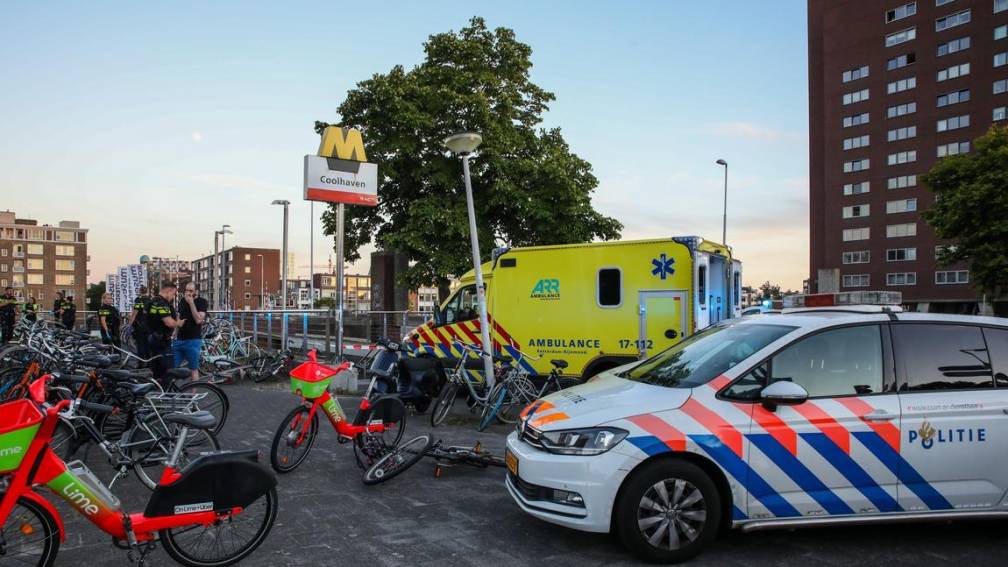 A second suspect was arrested last night in the investigation into a deadly shooting in Rotterdam. The police report that it concerns a 31-year-old man from Rotterdam, who was arrested in Spijkenisse. They have been looking for him for a week.

Last Monday, a 31-year-old man was shot dead at the Coolhaven metro station. A day later, the first suspect was arrested, a 34-year-old man from Steenbergen. He is charged with attempted murder and possession of firearms.

Both suspects are in full restrictions and are only allowed to have contact with their lawyers.

The Public Prosecution Service says that shots were fired back and forth during the shooting. CCTV footage of the incident was captured and investigated by the police. It turned out that the man arrested today was probably present at the shooting incident.

Witnesses told police that a dark car drove off after the shooting. Last week that car was found in Rotterdam-Ommoord. There were bullet holes in it.

According to various media, the victim is the DJ and producer Siki Martina. He worked as a producer on songs by Frenna and Rich Kalashh and was the DJ of rapper SXTEEN. He was also the friend of singer Sarita Lorena, who is a participant of the Best Singers program this season, reported RTV Rijnmond.

It is not yet clear why the man was shot. It is possible that more people will be arrested.