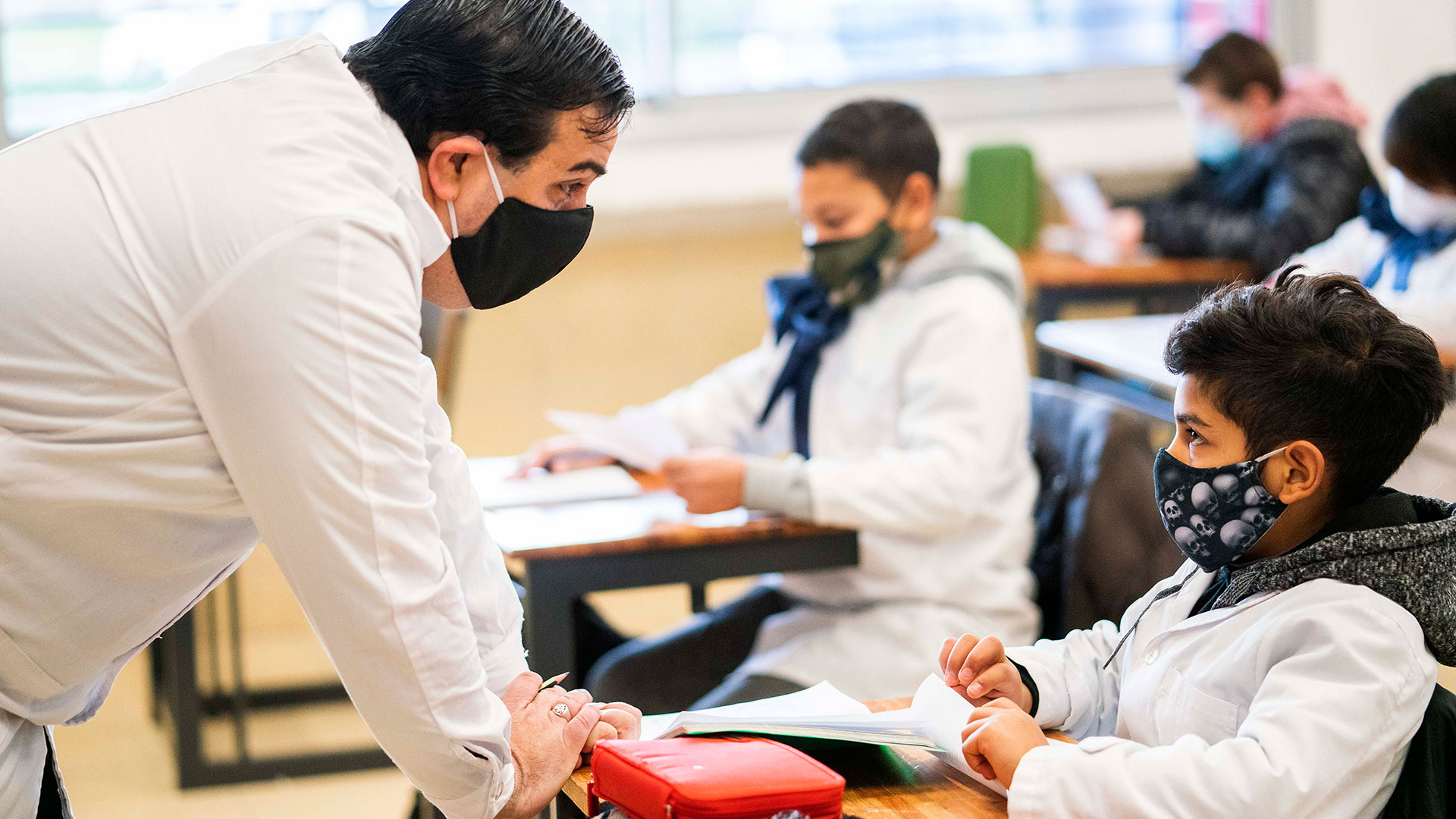 In many provinces, boys are still required to wear a mask (AP)

The relative normality with which people have been living outside schools for months contrasts with the measures that are still maintained within the establishments. In eleven provinces, the use of a chinstrap continues to be required for both students and teachers during the school day.

Specifically, Jujuy, Formosa, Chaco, Santiago del Estero, Tucumán, Catamarca, La Rioja, San Luis, Córdoba, Corrientes and Santa Cruz are the provinces that maintain the mandatory nature of the chinstrap. In all of them, the mask is optional only in kindergarten, with the exception of Jujuy, where they allow the face to be uncovered until second grade.

The regulations are maintained despite the fact that the restrictions due to Covid-19 were relaxed months ago. In fact, the national government had already given the green light in March for the jurisdictions to allow the boys to be in class without masks. “From now on, each educational jurisdiction will be able to make the decision to use it or not, in line with what their ministries of health decide,” was the message of the Minister of Education, Jaime Perczyk, as soon as the school year began.

Until then, in almost the entire country, the protocol approved by the Federal Council of Education called “Safe Classroom” was in force. The instructions contemplated the use of a chinstrap in classrooms as mandatory from first grade. Perczyk’s message was intended to relax the measure and for the jurisdictions to advance in removing the mask at a more lax moment in the pandemic, even with the child population vaccinated. However, in much of the country the mask is still being requested. 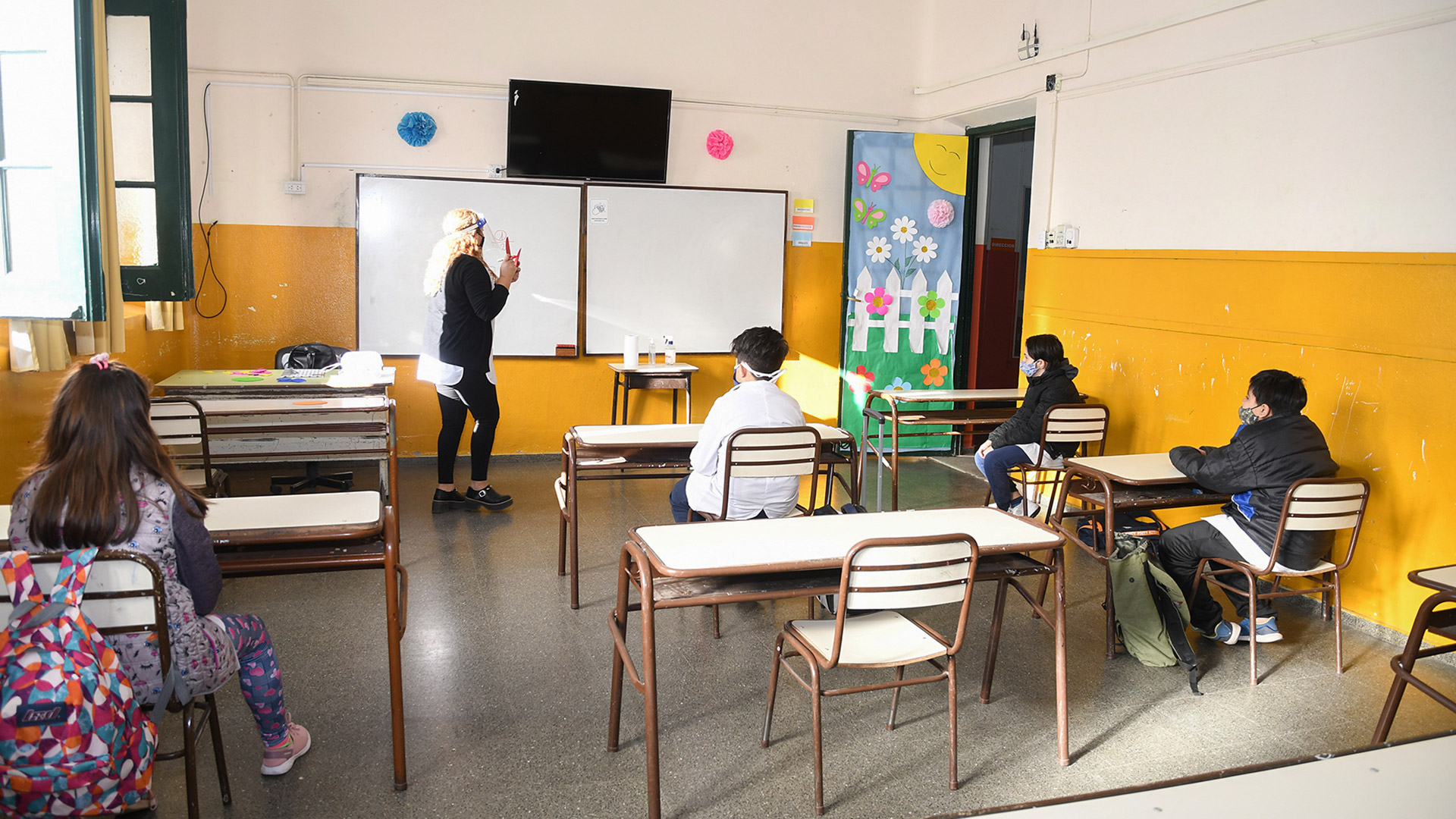 In all the consultations that Infobae made in the local Ministries of Education, they explain that the decision depends on the provincial health authority. They even recognize that the control of the mask in other closed spaces is more relaxed, almost non-existent. The use depends almost exclusively on individual responsibility.

“The chinstrap is considered the only mechanical barrier to prevent the spread of Covid-19 and all other respiratory diseases. Its use is mandatory in closed spaces where many people congregate. It is true that there are no longer authorities demanding it as in other moments of the pandemic. It is 100% social responsibility except in specific places such as health or educational areas, ”they explained in the Cordoba portfolio.

In most of the districts mentioned, the mask is mandatory, especially inside the classroom. In recesses and open spaces, boys are allowed to take it off. The curious thing is that many of the jurisdictions, although they clarify that it is not mandatory, insist on the recommendation that face masks be used, which leads to confusion within schools and that managers continue to demand it.

In the last hours, for example, Misiones eliminated the mandatory use of the mask at all educational levels, but the official statement has an ambiguous wording: “On the day of the date, attentive to the elimination of the mandatory use of a chinstrap, the scientific committee suggests and recommends: continue with all biosafety measures that collaborate in the limitation/expansion of respiratory infectious pathogens. Namely: use of chinstraps, in closed or overcrowded spaces, for example: classrooms, schools, others.

With this context, the families grouped in Organized Parents, with a presence in almost the entire country, continue to ask for the chinstrap to be released in the classrooms. According to the survey, only in September, once winter was behind, more provinces would abandon the school mask mandate.

For now, 4 provinces will add a fifth hour of classes per day after the winter holidays