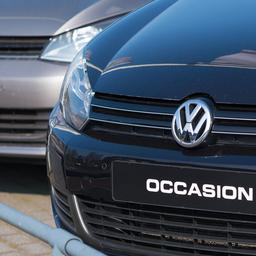 Anyone who thought that the diesel car is completely out of favor in the Netherlands is wrong. In some provinces there is still a lot of demand for cars with such an oil-fired combustion engine, it turns out. from a tour of AutoWeek.

Automakers tumble over each other to take their hands off the diesel. They no longer want to invest in this technology. And in a short time, many brands even reported that they want to stop selling new diesels altogether.

New cars in the Netherlands are nowadays mainly sold as company cars. There, the electric car and plug-in hybrid is on the rise, at the expense of the diesel car. But what about the used car market?

The Netherlands has never been a big diesel country. The higher purchase price and the hefty road tax pushed up the turning point for new cars considerably. You had to drive somewhere between 20,000 and 30,000 miles a year to take advantage of it. So a new diesel became especially popular with the business driver who covers a lot of kilometers.

It was different with used cars. For private buyers, a used diesel sometimes turned out to be very interesting. Certainly in recent years it turned out that the purchase price was often lower than that of a comparable petrol car. And so the tipping point for the private driver went down quite a bit.

Diesel in the damn corner

Today, not only is the diesel price starting to get eerily close to the gasoline price, but the diesel engine is also in the dark for other reasons. The scandal surrounding the cheating software, in which Volkswagen took the lead, has killed him. The diesel turned out not to be as efficient and clean as the car manufacturers had promised.

In addition, due to all the emission-limiting adjustments, the diesel engine has become a complicated piece of technology, in which you regularly have to invest in maintenance and repairs. Does this mean that the diesels will remain at the country’s occasion palaces? It’s all about who you ask according to the AutoWeek research.

“It is of course strange that cars that are no longer allowed with us because of the environment are still sold in full in other countries.”

Leon Zoetemelk, sales manager at Autobedrijf Tanis in Waddinxveen, in the middle of the Green Heart and wedged between the major cities, first has to take a deep breath. “I have two more here, but there is no demand for them at all. The turning point for a diesel is at 25,000 kilometers, but there is no private person who drives it.”

“If diesels are sold, it is through international auctions. Young cars disappear to the countries around us. In Belgium, Germany and France, the fixed costs for a diesel are the same as for a petrol car. The older diesels often go to Eastern Europe, although the diesel market is already being squeezed in many of those far-away countries. It is of course strange that cars that are no longer allowed in our country from an environmental point of view are still sold there in abundance,” says Zoetemelk. There is also an exception. “I recently sold a very nice BMW 320d to someone who lives in Doetinchem. It could well be that people who live outside the Randstad drive more often with a diesel.”

Especially outside the Randstad, diesel is still popular

That is the signal for the editors of AutoWeek to start calling companies in the outlying areas. Seldenrijk is a large used car company in Harderwijk. Of the more than four hundred cars that Seldenrijk has in its stock, a quarter is still diesel. “Diesels still sell as usual and we are certainly not afraid to buy them,” says Mark Jonker, who is responsible for sales and customer contact.

“There is still a large group of people who find a diesel no problem at all. We mainly sell young diesels to business customers. The taxi market, for example, is still a grateful sales channel. But private individuals also like to drive diesel cars, especially because they are cheaper to purchase than petrol cars. That pushes the turning point,” says Jonker.

And indeed: a look on the figures of used car portal AutoTrack learns that used searches differ in different parts of the country. In most provinces, only 11 to 12 percent of searches concern a diesel. It is striking that Limburg scores the lowest. Only 8.6 percent are still looking for a diesel as their next car. But in the north of the country you see that in Groningen and Friesland the share is still 19 percent. Diesel is indeed still very popular there.