Artis: no indications that personal data was viewed during a cyber attack | NOW 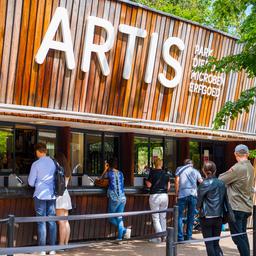 ARTIS says it has no indications that hackers viewed (personal) data during the cyber attack at the end of June. The zoo also says it has not met the requirement of one million euros in cryptocurrencies.

ARTIS reports this today. The zoo’s IT systems shut down late last month when it became the target of a cyberattack. The perpetrators behind the attack broke into the network and demanded a million euros.

According to ARTIS, research shows that it was not a targeted attack. It is not known who the hackers are. “Thanks to secure back-up data and extra measures, almost all IT systems could be restarted in the days after the attack.”

To prevent a repetition, the zoo has once again examined the security of the IT systems and underlying data. The hack has never affected animal care at any time, ARTIS assures.